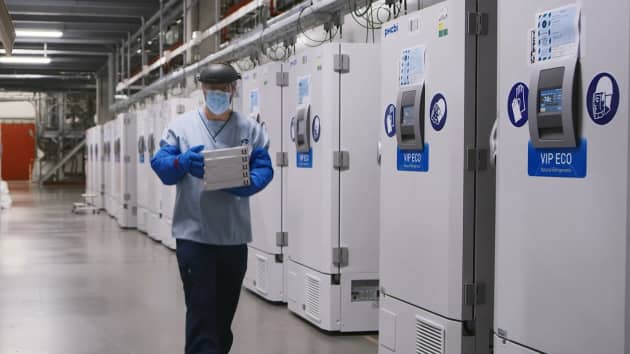 The emergency authorization, before the U.S. and the E.U., paves the way for mass inoculations. As hospitalizations and infections surge across the U.S., California officials warn of severe shortages of beds and staff.

Britain gave emergency approval on Wednesday to Pfizer’s American-developed coronavirus vaccine, leaping ahead of the United States to become the first Western country to allow its health service to begin mass inoculations against a disease that has killed more than 1.4 million people worldwide.

The approval kicks off a vaccination campaign with little precedent in modern medicine, encompassing not only ultracold dry ice and trays of glass vials but also a crusade against anti-vaccine misinformation.

The specter of Britain beating the United States to approval had already angered the White House in recent days, heaping additional pressure on American regulators to match Britain’s pace.

Salesforce confirmed its plan to acquire Slack and revealed the purchase price, $27.7 billion in cash and stock, perhaps not coincidentally topping Microsoft’s $26.2 billion LinkedIn acquisition in the rankings of the largest tech deals of all time.

If the deal works out as Marc Benioff and Stewart Butterfield hope, it won’t be the last time the two San Francisco companies best the Redmond tech giant.

Salesforce and Slack “will shape the future of enterprise software,” said Benioff, the Salesforce CEO, in a statement announcing the deal.

“The opportunity we see together is massive,” added Butterfield, the Slack CEO.

3. Offices for Rent in Manhattan Hit Highest Level Since 2003 | Bloomberg

Manhattan hasn’t had this much available office space since 2003, according to a report by Colliers International.

The availability rate rose to 13.5% in November, with more companies looking to sublease their offices, Colliers said.

The pandemic has emptied out Manhattan offices and prompted companies to reconsider how much space they need as they try to trim costs. That’s weighed on the shares of prominent New York building owners SL Green Realy Corp. and Vornado Realty Trust.

Bobby is the CEO of Doss, an AI powered voice assistant for search and transactions in the residential real estate space. On this episode of The Dealmaker Zone, Bobby joins Steve to talk about the adoption of technology in the real estate space, the challenges of being a black founder and much more. 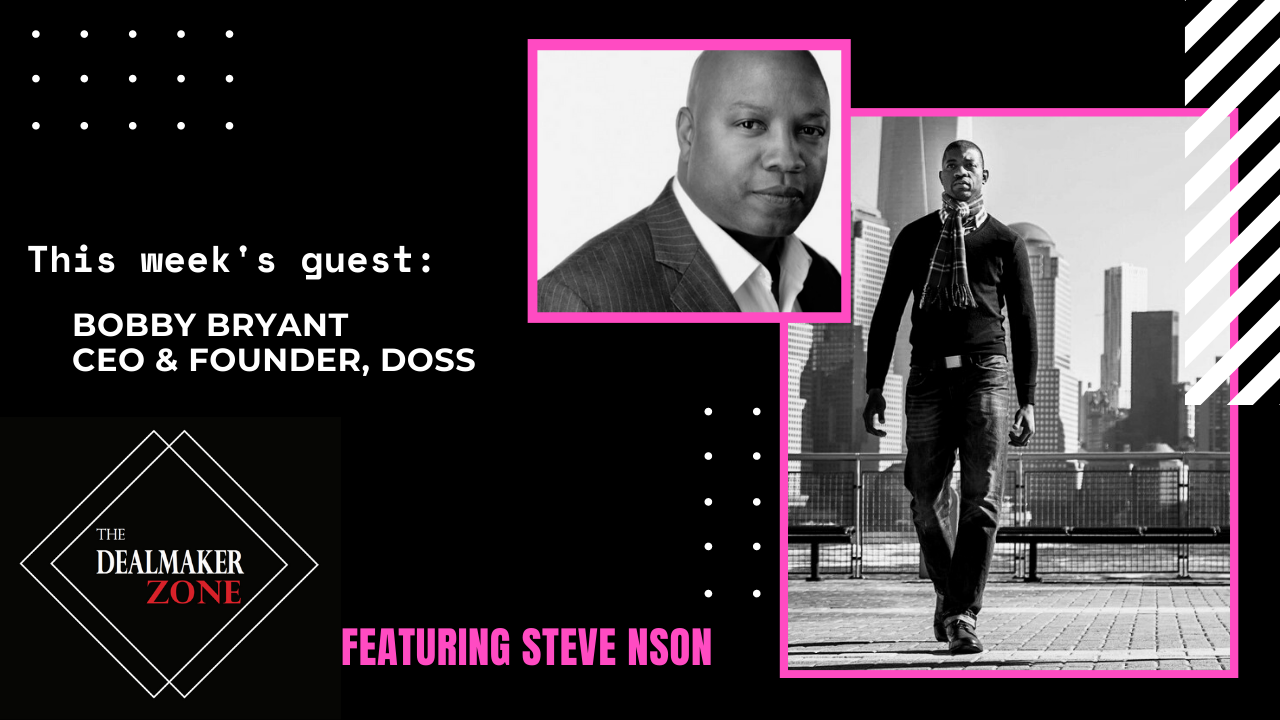 Massachusetts lawmakers have voted to pass a new police reform bill that will ban police departments and public agencies from using facial recognition technology across the state.

The bill was passed by both the state’s House and Senate on Tuesday, a day after senior lawmakers announced an agreement that ended months of deadlock.

The police reform bill also bans the use of chokeholds and rubber bullets, and limits the use of chemical agents like tear gas, and also allows police officers to intervene to prevent the use of excessive and unreasonable force. But the bill does not remove qualified immunity for police, a controversial measure that shields serving police from legal action for misconduct, following objections from police groups.

Flock Freight today closed a $113.5 million round to accelerate developments of its algorithmic pooling technology for truckload shipping and logistics. The injection of capital comes after Flock Freight reached 12,000 in pooled shipments across thousands of shippers, a 296% increase between 2018 and 2019.

Diamonds are forever on Fifth Avenue, where big moves by premier gem house Harry Winston will soon put glitter back into the pandemic-battered shopping corridor.

In a major breakthrough for the limping boulevard, Harry Winston is expanding into the long-vacant former Henri Bendel space at 712 Fifth. The elegant, landmarked storefront is next door to Harry Winston’s original home at 718 Fifth — where the jeweler will return when renovations are completed.

Winston renewed its 16-year lease on 19,000 square feet at 718 simultaneous with signing for 18,000 square feet more at 712 – nearly doubling its street-front presence on the avenue. The company won’t occupy No. 712 until construction’s done, which could take several more years. But its return to 718 Fifth will occur sooner.

8. Why Compass is going public now — and the obstacles it faces | The Real Deal

But the brokerage has been quietly laying the groundwork for a public offering for months by bulking up its board, filling holes in its C-suite and rounding out its business by adding title and escrow services to drive profits.

Indeed, as Compass looks to go public, rivals are eager to catch a glimpse of its financials. For years they have questioned its valuation, alleging that Compass lacks groundbreaking technology to justify its unicorn status.

Since 2012 the New York firm has raised $1.5 billion from investors including SoftBank, Fidelity and Dragoneer. It was valued at $6.4 billion in July 2019, when it raised a $370 million Series G.

Gov. Greg Abbott is on a state recruiting spree

Hewlett Packard Enterprise is kissing California goodbye as it prepares to move its headquarters to Houston, Texas.

The San Jose, California-based tech company disclosed the move in an SEC filing.

“HPE has made the decision to relocate its headquarters from San Jose, California, to Houston, Texas. HPE’s largest U.S. employment hub, Houston is an attractive market to recruit and retain future diverse talent, and is where the company is currently constructing a state-of-the-art new campus. The Bay Area will continue to be a strategic hub for HPE innovation, and the company will consolidate a number of sites in the Bay Area to its San Jose campus. No layoffs are associated with this move.”

Flexe, an on-demand warehousing and technology platform used by retailers like Walmart, has raised $70 million in a round of funding led by T. Rowe Price.

The funding comes amid an ecommerce boom that has seen U.S. digital sales jump by 30%, expediting the online shopping transition by as much as two years. Although the world could return to some semblance of normality in 2021, many businesses will likely continue to invest in their online operations, in part because of a permanent shift in consumer habits, but also because digital commerce offers advantages like increased data and analytics.