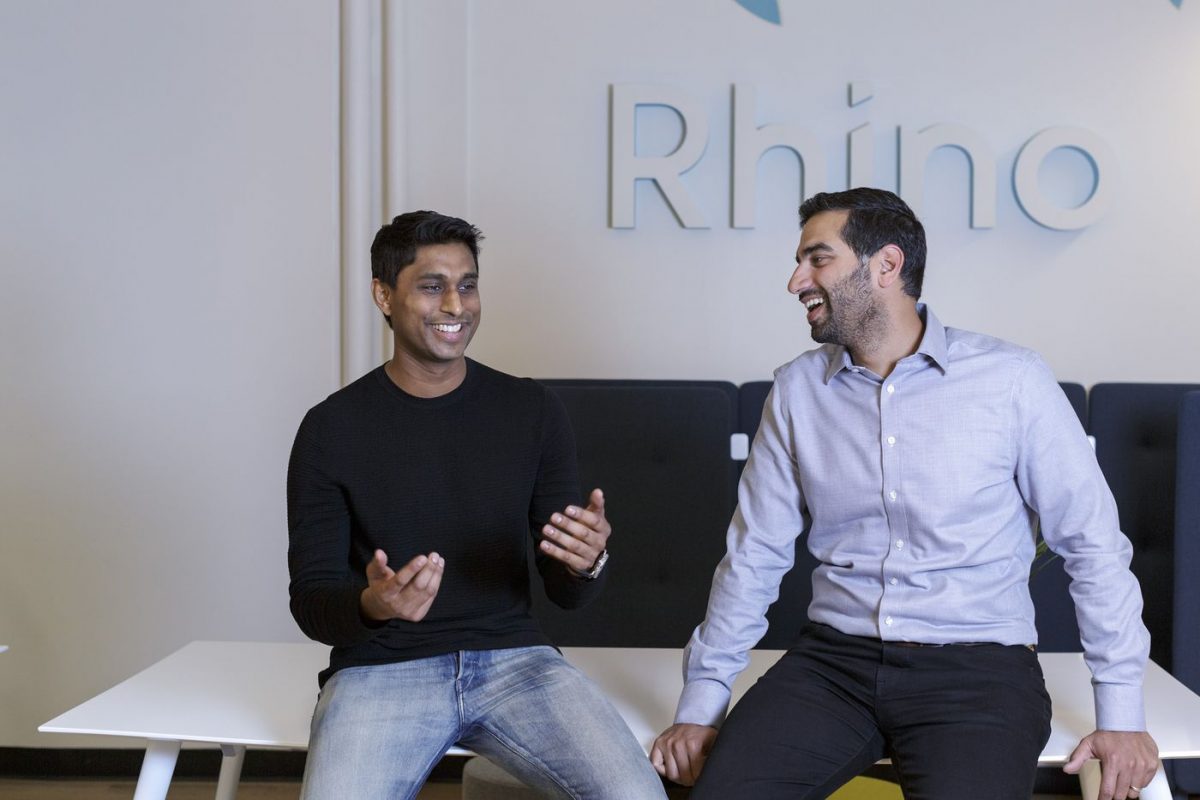 As part of its funding news, Rhino disclosed that its contracted ARR has scaled quickly in recent years, from $4 million in January 2019 to $60 million in January 2021. The ARR figure represents the amount of expected customer volume from buildings that Rhino has contracted with. The company’s co-founder and chairman Ankur Jain described the number as conservative in a phone call with TechCrunch.

TechCrunch spoke with Jain, who is also the CEO of Kairos, a brand portfolio that includes the insurance startup, about its new investment. Kairos, Jain said, wants to lower costs for younger generations. Rhino fits that goal as upfront costs for renting can be prohibitive and its service could make the process less dependent on renters having lots of cash that they can lock up for the period of their lease. 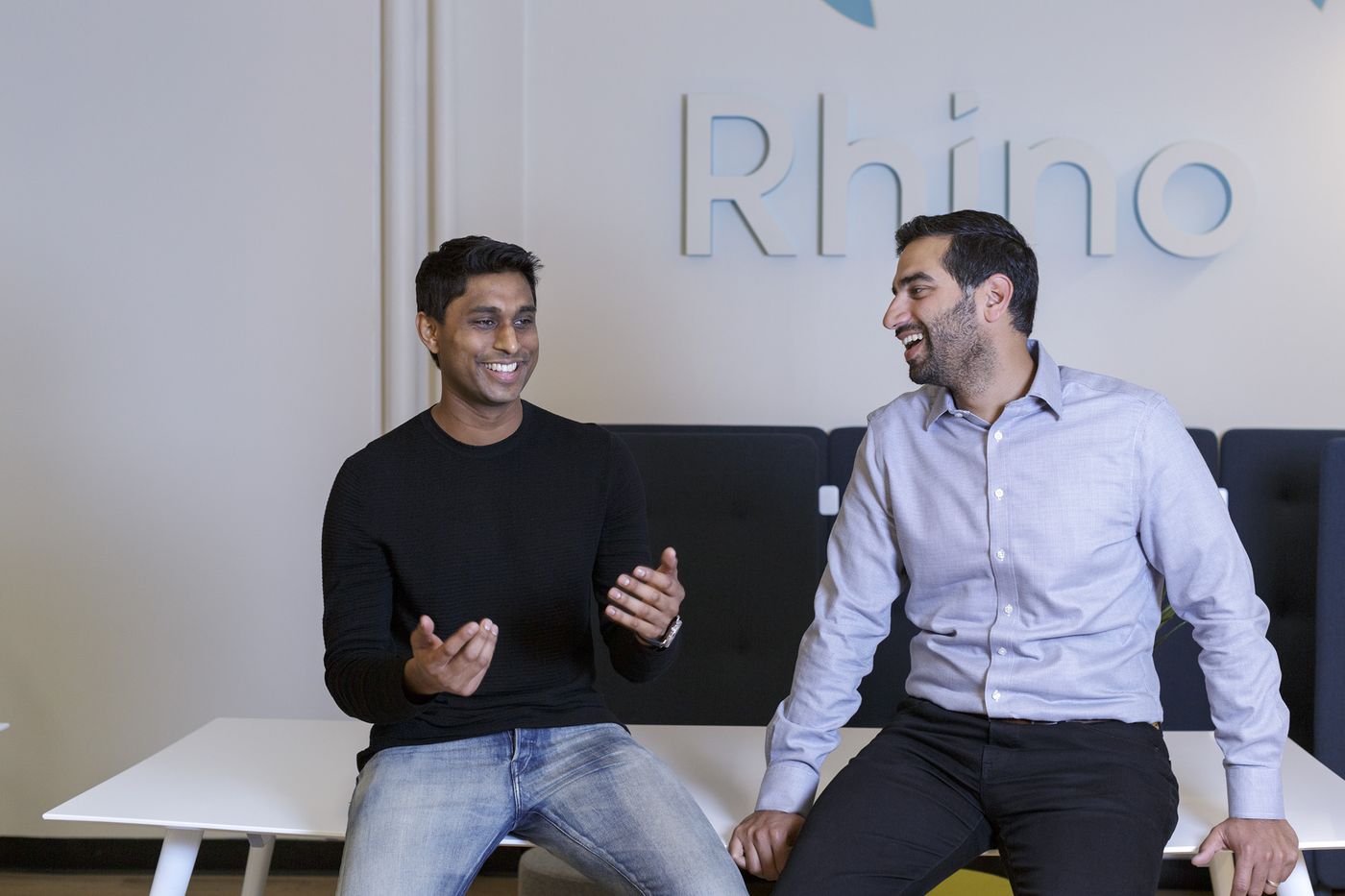 When China’s two big mobile powers clashed publicly on New Year’s Eve, the stock of a little-known gaming company surged the most ever, minting a new billionaire in 38-year-old maverick entrepreneur Huang Yimeng.

Shares in his indie game distributor XD Inc. rose 24% on the first trading day of 2021 after Huawei Technologies Co. temporarily removed all Tencent Holdings Ltd. games from its app store in a dispute over their revenue split. Investors flocked to the ByteDance Ltd.-backed creator of TapTap — a Steam-like download service for games that bypasses the dominant app stores — on the sign of schism between China’s big two.

The rare incident brought to the fore simmering resentment against the 50% cut that app stores like Huawei’s charge developers and highlighted the key attraction of TapTap: it is ad-supported and thus free to use for both players and publishers.

After a very dark period, the sun is starting to shine again on Manhattan’s famed Fifth Avenue retail corridor.

With Donald Trump’s tenure in the White House over, store owners are looking forward to fewer disruptions from protesters and fewer police barricades near Trump Tower, which nearby store owners say have had a dampening effect on their business. Retailers also anticipate that the rollout of the Covid-19 vaccines will help bring back tourists to New York City, where Fifth Avenue has been a must visit for many.

Asking rents have also tumbled about 18% from their 2017 year peak. That’s helping attract new retailers or enticing existing ones to grab more space.

4. Rent Collection Is Down, and Apartment Owners Feel the Squeeze | WSJ

The apartment business has weathered the Covid-19 pandemic better than most of the real-estate sector. That is starting to change.

Owners of multifamily buildings are falling behind on loan payments. Banks view a greater number of rental loans as high risk, and fewer lenders are available to help struggling developers with financing. Eviction protections, lower rent collections and unprecedented declines in the asking rent in some urban markets are also taking their toll on apartment owners.

Niche corners of the multifamily business that were popular with investors before the pandemic are now some of the worst off. Ratings companies have downgraded bonds tied to senior-housing and student-housing properties, and some co-living companies, where tenants lease rooms in shared apartments, are also struggling. Earlier this month, the co-living operator Quarters closed all of its U.S. operations, filing for 10 bankruptcies.

Club Feast, a startup with a more affordable approach to meal delivery, is announcing that it has raised $3.5 million in seed funding led by General Catalyst.

The company was founded by Atallah Atallah, Ghazi Atallah and Chris Miao. The basic concept is pretty simple: Restaurant delivery that only costs $5.99 per dish — cheaper than almost anything you’d find on other delivery services. (The startup also charges diners a $2 delivery fee, as well as a $1 fee for single meal orders.)

Atallah Atallah, who previously co-founded restaurant rewards company Seatedand serves as Club Feast’s CEO, said the startup works with restaurants to select a few meals that they can afford to offer at the $5.99 price. Diners, meanwhile, sign up for a weekly meal plan and place their orders at least 24 hours ahead of time. The restaurant then knows exactly how much of a dish will be purchased, so they can plan ahead and cook in an efficient and economical way.

Amazon plans to add 3,000 jobs in Boston over the next several years, leasing a new 17-story office tower in the Boston Seaport project to accommodate the further expansion of technology and corporate jobs beyond its original Seattle headquarters.

The expansion, announced Tuesday morning, includes roles working on Alexa, Amazon Web Services, Amazon Robotics and Amazon Pharmacy. The new 630,000-square foot tower is slated for completion in 2024. Amazon currently employs 3,700 people in its Boston Tech Hub, part of its workforce of more than 20,000 people in Massachusetts. The company previously leased the 430,000-square-foot Boston Seaport building, due to open later this year, with room for 2,000 employees.

President Joe Biden on Tuesday will order his Department of Justice not to renew its contracts with private prisons, one of multiple new planks of Biden’s broad-focused racial justice agenda.

Biden is poised to sign four additional executive actions after laying out his racial equity plan at the White House at 2 p.m. ET, according to his press schedule. Vice President Kamala Harris will also attend the event.

The actions are aimed at combating discriminatory housing practices, reforming the prison system, respecting sovereignty of Tribal governments and fighting xenophobia against Asian Americans, especially in light of the Covid pandemic.

“For too many American families, systemic racism and inequality in our economy, laws and institutions, still put the American Dream far out of reach,” Rice said at a press briefing.

A year ago this month, the BlackRock chief Laurence D. Fink wrote a letter to the world’s C.E.O.s with an urgent message: Climate change will be “a defining factor in companies’ long-term prospects.” Underscoring his point, he added, “We are on the edge of a fundamental reshaping of finance.”

Coming from arguably the world’s most powerful investor — BlackRock controls nearly $9 trillion, making it far and away the largest such firm — this letter landed with seismic force in boardrooms across the globe. In the weeks that followed, Microsoft announced a plan to be carbon-negative by 2030, Salesforce pledged to conserve or restore 100 million trees over the next decade and even Delta Air Lines announced a $1 billion effort to be carbon-neutral in 10 years.

A head-scratching David and Goliath story is playing out on Wall Street over the stock price of a money-losing video game retailer. An army of small-pocketed, optimistic investors is snapping up shares of GameStop. That’s in direct opposition to a group of wealthy investors who are betting on the retailer’s stock price plunging.

The result: GameStop’s stock soared nearly 145% in less than two hours Monday morning, only to come back to earth to close with a modest 18% gain on the day. The shares were set to jump again before the start of trade on Tuesday.

Overall, the stock has risen more than 400% over the past three months — unusual for a struggling company that has lost $1.6 billion over the last three years. Its stock fell for six straight years before rebounding in 2020. But GameStop has been a target of many professional investors who say the company will continue to founder as sales of games continue to move online.

“The federal government also owns an enormous fleet of vehicles, which we’re going to replace with clean, electric vehicles made right here in America by American workers, creating millions of jobs — a million autoworker jobs in clean energy — and vehicles that are net-zero emissions,” Biden said during a speech announcing the initiative.

Shares of electric-vehicle makers Workhorse and Lordstown were up as much as 10 percent in early pre-market trading Tuesday, Tesla was also higher.