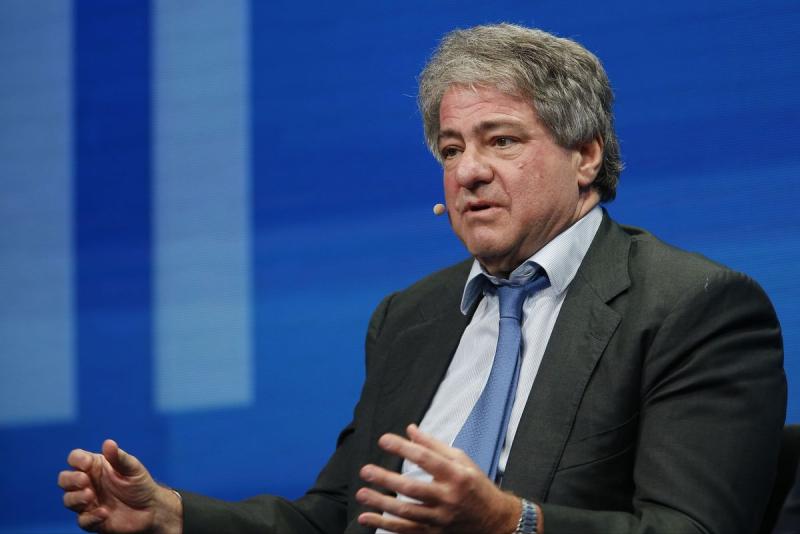 1. What Leon Black Got for Paying Jeffrey Epstein $158 Million | Bloomberg

The private equity titan was willing to overlook that Epstein had served 13 months in a Florida jail after soliciting an underage prostitute. That was partly because Epstein claimed the girl had lied about her age, while Black, co-founder of Apollo Global Management Inc., believed in second chances, particularly for his well-connected friend.

Thus continued a relationship between the men that was laid out in a report released Monday by law firm Dechert, commissioned by Apollo’s board after news stories about their financial ties. The investigation found that Black paid Epstein $158 million between 2012 and 2017 — after the sex offender pleaded guilty to felony charges in 2008 — for advisory services that helped expand the wealth of one of America’s richest men.

Move could generate additional $10 million for the state in fiscal year that starts April 1, and $18 million in subsequent years, governor’s aides say

Aides to the Democratic governor say the proposal could generate an additional $10 million for the state in the fiscal year that starts April 1, and $18 million in subsequent years. Roughly the same amount of money would also flow to local governments around the state, which also levy their own surcharges on top of the state’s 4% sales tax.

The proposal was embraced by the group representing the state’s county governments, but it could revive a broader debate about how home-sharing companies are regulated in the state, lawmakers said, which is fueled by different concerns in different parts of the state.

3. Nearly 20% of renters in America are behind on their payments | CNBC

About 18% renters in America, or around 10 million people, were behind in their rent payments as of the beginning of the month.

It is far more than the approximately 7 million homeowners who lost their properties to foreclosure during the subprime mortgage crisis and the ensuing Great Recession. And that happened over a five-year period.

In one of his first executive orders, President Joe Biden extended the Centers for Disease Control and Prevention’s current eviction moratorium through the end of March, but that is unlikely to be long enough.

A new analysis from Mark Zandi, chief economist at Moody’s Analytics, and Jim Parrott, a fellow at the Urban Institute, shows the typical delinquent renter now owes $5,600, being nearly four months behind on their monthly payment. This also includes utilities and late fees. In total, an astounding $57.3 billion is owed. This includes all delinquent renters, not just those suffering financially due to the Covid pandemic.

4. NYC offices are going to look like your apartment when you finally go back to work | New York Post

Employees have been working from their homes for so long, some companies are planning offices that will look more like home.

“Nobody wants the stainless and bright white,” declared Craig Deitelzweig, CEO of Marx Realty, of the tenants that have been touring their buildings’ pre-built offices. “Instead, they want their office to be like their family room or hotel, with finishes that make them feel embraced and comfortable.”

The newest furnishings include tufted leather and velvet.

“They used to want a cappuccino maker and now it’s banquettes,” added Deitelzweig.

At Savanna’s newly developed boutique office building at 106 W. 56 St., dubbed The Six, the elevator waiting area is covered in tufted dark leather. The lobby has a cozy seating area and club room. Dark or light woods can be chosen for build-outs. Peter Turchin, vice chairman of CBRE, is overseeing leasing.

Deal between startup and SPAC sponsored by property firm values Latch at $1.56 billion

Latch Inc., a maker of smart locks and building-management software, plans to go public by merging with a special-purpose acquisition company backed by a real-estate giant, the latest startup looking to use a so-called blank-check vehicle to cash in on strong investor interest in tech-enabled businesses.

The merger will unite venture-capital-backed Latch with TS Innovation Acquisitions Corp. TSIA 44.79% , a special-purpose acquisition company sponsored by New York commercial real-estate firm Tishman Speyer Properties LP that raised $300 million late last year, the companies said Monday. The deal, which values Latch at $1.56 billion, is expected to close in the second quarter, and Latch is expected to trade on the Nasdaq under the symbol LTCH, they said.

SPACs have increasingly gained favor over the past year among companies looking to go public and large investors looking to partner with them. These SPACs, which go public with no assets and then merge with private companies, raised a record $82.1 billion in 2020, more than six times the prior year’s total, according to Dealogic data. Nearly 300 SPACs are seeking deals, armed with about $90 billion in cash.

Klook, the Hong Kong-based travel activities platform backed by SoftBank Vision Fund, announced the closure of $200 million in funding for its Series E round, lifting the startup’s total capital raised to date to $720 million.

Securing sizable funding at a time the COVID-19 pandemic sacks the global economy is congratulatory, not to mention Klook is in an industry severely hit by the virus. The startup, which enables its mostly Asia-based users to book activities in overseas destinations, lost millions of orders over the first few months of travel restrictions. The company quickly regrouped for a pivot to staycation and software-as-a-service for local activity merchants, including ticketing, distribution, inventory management and marketing. Bookings subsequently rebounded.

A promising sign of a bounce back in the pandemic-ravaged economy has stalled: Fewer borrowers are resuming mortgage payments.

The proportion of homeowners postponing mortgage payments had been falling steadily from June to November, an indication that people were returning to work and the economy was beginning to recover. But the decrease has largely flattened since November, when the current wave of coronavirus cases surged in communities across the country.

For roughly the past two months, that group of homeowners has flatlined at about 5.5%, according to the Mortgage Bankers Association. Though that is down from a peak of 8.55% in June, some economists are concerned about the stalling forbearance rate—and worry that it could even start climbing as the economy sheds jobs.

Other data indicate a slowing U.S. economy this winter, and greater pressure on household finances. Employers cut jobs last month for the first time since the spring. The number of job openings has declined, and claims for unemployment insurance remain elevated. Retail sales have fallen for three consecutive months.

8. How to Keep Internet Trolls Out of Remote Workplaces | The New York Times

When companies move all employee communications online, they face the same problems as the rest of the internet. But they don’t have to let bad behavior seep in.

Gustavo Razzetti, who gets hired by companies to improve their work cultures, has noticed a change since the pandemic began last year: more political brawls, more managers losing control of their employees, a curious mix of hyper-engagement and lack of empathy.

“Employees are turning their cameras off, hiding behind avatars, becoming disrespectful,” said Mr. Razzetti, whose consultancy is called Fearless Culture. “They’re being aggressive among each other.”

Space is the new Wild West. Nations and space companies are racing to come to a consensus on what they can own, mine and take possession of in outer space before competitors stake ground first.

Why it matters: Private companies are building their businesses on sending spacecraft to the Moon, asteroids and other objects in the coming years to eventually extract resources that will be used or sold.

While companies are still years away from being able to effectively mine the Moon for resources, lack of clear regulation creates uncertainty for them — and threatens projections that the space industry will become a trillion dollar industry by 2040.

Single-family homes are the fastest-growing segment of the US rental market, fueled by a shortage of affordable starter homes and the rising rate of Millennial household formation.

Darwin Homes, a property management startup aimed at single-family rental investors, announced today that it has secured $15 million in Series A financing. The round was led by Canvas Ventures, a group of early-stage capital investors, and saw new contributions from Camber Creek as well as existing backers Khosla Ventures, Wave Capital, Pear Ventures and Silicon Valley Bank.