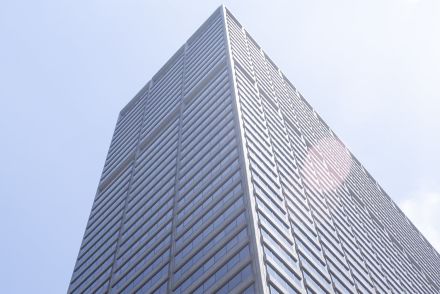 Blackstone Group Inc. closed this month on the largest real-estate debt fund ever, giving the investment firm plenty of cash to lend to property investors looking to go shopping during the coronavirus pandemic.

One of the world’s largest owners of commercial property, Blackstone began raising money for the fund in the spring of 2019 and the $8 billion it took in exceeded expectations, said Jonathan Pollack, global head of Blackstone Real Estate Debt Strategies. Fundraising got a boost after Covid-19, partly because interest…

Apartment rents in big cities are dropping, but some entrepreneurs and venture investors are still making long-term bets on the housing industry.

Co-living and rental-apartment management company Common completed the raising of $50 million in new venture capital this month, becoming the latest apartment startup to wager it can expand despite the pandemic. Earlier this summer, apartment-development startup Juno Residential Inc. launched with $11 million in venture funding.

A survey conducted by an industry group found that many establishments were still facing a financial crisis even after opening for outdoor dining.

Nomad, a North African and Mediterranean restaurant in the East Village, shut down in March after the pandemic engulfed New York City, leaving its owner unable to pay the full $11,500 rent for months.

After opening for outdoor dining in June, the owner, Mehenni Zebentout, has struggled to pay 70 to 80 percent of the rent. But he had to cut his staff from nine full-time employees to four part-time workers. And his landlord still wants Mr. Zebentout to pay what he owes from the spring.

“We’re just hoping for some miracle,’’ he said. “I believe, according to my experience, two out of three restaurants will close by December, and I’ll be one of them if there’s no help from the city or the government.”

Even after the opening of outdoor dining, which was meant to provide a boost to the city’s roughly 25,000 restaurants and bars, many are still in financial free fall and closing for good.

A slew of big name entrepreneurs and celebrities are really circling the drain with their latest investment.

Why? Because they’re hoping to save the environment.

Founded by Ryan Fritsch and Austin Watkins, two former employees of Khosrowshahi’s at Uber who went on to take roles at the logistics startup Convoy, Cloud Paper is one of several companies trying to get consumers to make the switch to bamboo-based toilet paper. But it may be the only one to get such high-profile investors to flush it with wads of cash.

The British government, in the grip of a second wave of coronavirus, on Tuesday told the nation’s workers to work from home if they could, a policy reversal that forced banks and other employers to readjust their corporate policies on the fly.

“We are once again asking office workers who can work from home to do so,” Prime Minister Boris Johnson said on Tuesday, adding that Britain had reached “a perilous turning point” as nearly 5,000 new coronavirus cases were reported the same day.

Companies that had been under pressure from government ministers to get employees back to the office were scrambling to change their guidance for staff. Some had organized rotation systems to alternate different teams in the office to ensure social distancing. Others supplied personal protective equipment, created one-way systems to move around offices and reconfigured desk spaces. Both JPMorgan Chase and Goldman Sachs were at about 30 percent capacity in their London offices.

That’s where Mesa comes in. The plug-and-play kit is designed to intelligently cut heating and cooling usage, as well as “plug loads,” or the electricity consumed when appliances are plugged in. Mesa kits entitle access to a support line, installation guides based on individual floorplans, and a range of devices — including smart thermostats, data hubs, and sensors with five-year battery lives (sourced from startup Disruptive Technologies) that adhere to surfaces and plug into wall outlets. They are compatible with spaces that use thermostats to directly control heating or cooling.

Carvana Co. has yet to post a quarterly profit since going public in 2017, but it’s made Ernie Garcia II and his son Ernest Garcia III two of the richest people in America.

The elder Garcia is the largest shareholder of Phoenix-based Carvana, the online retailer that sells cars out of massive vending machines. His son, Garcia III, is the company’s chief executive officer. Together they’re worth $21.4 billion, according to the Bloomberg Billionaires Index.

Shares of the company surged 31% in New York on Tuesday after it projected record revenue and profit margins. The stock has rallied almost 150% this year as Americans have turned to buying household essentials, entertainment and, increasingly, used cars online.

“Covid-19 is prompting consumers to seek out used cars, and CVNA is a key beneficiary of this trend,” said Alexander Potter, an analyst at Piper Sandler, in a research note Tuesday.

Ming Yuan Cloud Group, plans to launch an initial public offering later this month, making it the first software-based Chinese proptech firm to debut on the Stock Exchange of Hong Kong this year. The tech company started taking share orders this week and trading is scheduled to begin on September 25, according to the South China Morning Post.

Who’s in: For the IPO, the company has already secured $276 million from six prominent investors: Hillhouse has subscribed for $86 million worth of stock; Singapore’s GIC and China Structural Reform Fund will take $50 million each; and private equity fund Sequoia, BlackRock and Fidelity International will each take $30 million.

Along with two dozen Truss employees including software engineers, data scientists, digital analysts and brokers, Truss founder Bobby Goodman will join Avison Young as a principal to assist with the integration of its tools and to provide insights beyond.

10. A Virginia City’s Playbook for Urban Renewal: Move Out the Poor | Bloomberg

Norfolk is using federal tax breaks to plow under its historically Black neighborhoods.

The contours of inequality in Norfolk, Va., a city of 240,000-plus people at the mouth of Chesapeake Bay, are clearly visible from atop the 26-story Dominion Tower. The tallest building in town houses its economic development office, a choice spot for officials to show off their city and to encourage visitors to envision its future.

Look west, and you see a 300-room Hilton, a hockey arena, corporate offices for PNC Financial and payment processor ADP, restaurants and bars, a light rail station, and a one-million-square-foot mall. To the east is St. Paul’s, a 200-acre area north of the Elizabeth River that’s home to three public housing developments dating from the 1950s. The pitch-roofed, two-story, cinder-block houses are arrayed in rows like barracks. The two sides of the city are divided by a highway offramp that shoots suburban shoppers right into the parking garage of the MacArthur Center shopping mall and a six-lane boulevard that keeps St. Paul’s residents, mostly Black and mostly poor, a world apart from the downtown.

Jared Chalk, the director of economic development, admits the detrimental effects. “We’re working with the landlord to open up the mall a bit,” he says, surveying the view on a dreary February morning. Chalk and other city officials say they’ve tried to correct for decades of inequity with jobs and education programs. Critics, seeing a dearth of local businesses and jobs, deep poverty, and streets that frequently flood, say they haven’t tried hard enough.