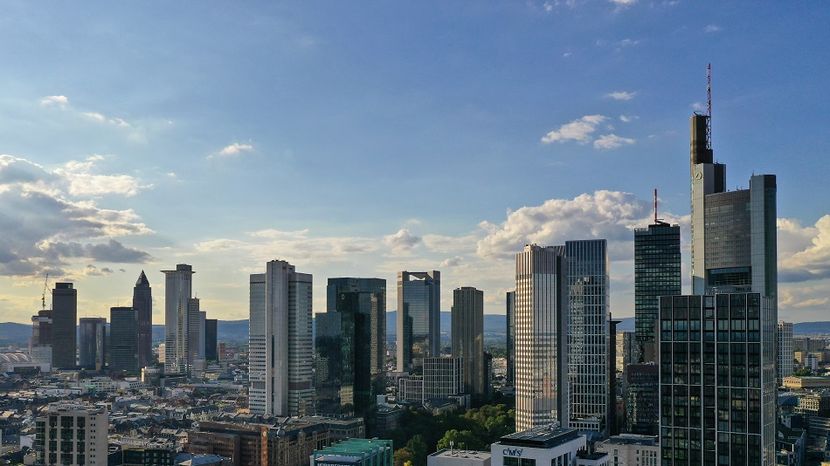 1. JPMorgan to Move $230 Billion Assets to Germany Under Brexit | Bloomberg

JPMorgan Chase & Co. is moving about 200 billion euros ($230 billion) from the U.K. to Frankfurt as a result of Britain’s exit from the European Union, a shift that will make it one of the largest banks in Germany.

The U.S. bank plans to finish the migration of the assets to its Frankfurt-based subsidiary by the end of the year, people familiar with the matter said. The change could boost its balance sheet enough to become the country’s sixth-largest bank, based on the assets of the biggest commercial lenders last year.

The assets to be shifted represent slightly less than 10% of JPMorgan’s total balance sheet. It also represents almost half of the total assets held by German branches of foreign banks at the end of June, according to Bundesbank statistics.

With less than four months to go until the Brexit transition period expires, international banks have been beefing up operations in the European Union to make sure they can service clients given the prospect that U.K.-based firms, including JPMorgan’s London operations, won’t retain passporting rights in a trade deal.

Given that increasingly likely prospect, the bank last week told about 200 London staff to move to continental European cities including Paris, Frankfurt, Milan and Madrid, Bloomberg News has reported.

Private equity firm Trustbridge and Singapore state investor Temasek Holdings had held talks with the Chinese unit of the troubled co-working startup over increasing their stake in the company to take majority ownership, Reuters reported in January.

“We are at a crossroads, and the future is in our hands” the prime minister said in a televised address to the nation Wednesday evening.

But opposition parties quickly dismissed the minority government’s proposals, prompting speculation that Canada will soon head into another general election.

“Across this country, millions of Canadians have lost their jobs. Many fear losing their homes. And too many have lost hope,” said Conservative leader Erin O’Toole, who has been self-isolating after testing positive for the coronavirus last week. “Mr Trudeau says we’re all in this together. But Canada has never been more divided.”

Top executives at Netflix, BlackRock and other companies weigh in on at-home arrangements, office reopenings and the future of work

CEOs and other executives say they’ve seen enough to judge whether remote work is working. But the verdict depends on whom you ask.

Here’s what some leaders are saying about working from home and the value of an office:

“I don’t see any positives. Not being able to get together in person, particularly internationally, is a pure negative.”…

The proposal would speed up the state’s efforts to fight global warming at a time when California is being battered by wildfires, heat waves and other consequences of climate change.

California plans to ban the sale of new gasoline-powered cars statewide by 2035, Gov. Gavin Newsom said Wednesday, in a sweeping move aimed at accelerating the state’s efforts to combat global warming amid a deadly and record-breaking wildfire season.

In an executive order, Governor Newsom directed California’s regulators to develop a plan that would require automakers to sell steadily more zero-emissions passenger vehicles in the state, such as battery-powered or hydrogen-powered cars and pickup trucks, until they make up 100 percent of new auto sales in just 15 years.

The plan would also set a goal for all heavy-duty trucks on the road in California to be zero emissions by 2045 where possible. And the order directs the state’s transportation agencies to look for near-term actions to reduce Californian’s reliance on driving by, for example, expanding access to mass transit and biking.

New York’s finance industry is beginning to reoccupy offices in fits and starts, impeded by uncertainty around the virus.

The industry’s return to office life, by contrast, has been shambolic.

The Midtown Manhattan offices of Mudrick Capital, a hedge fund, never closed, but workers were required to return only after Labor Day. Across town, the offices of a fellow hedge fund, Pershing Square, remain shut, its trading terminals idle and rooftop tennis court unused since spring. JPMorgan Chase, one of the city’s largest private employers, recently asked some senior staff in its markets division to come back starting this week. Other banks have been slower, with Goldman Sachs and Citigroup calling back more workers beginning next month.

“Covid is effectively gone from New York,” said Jason Mudrick, who runs Mudrick Capital, explaining why he sees little reason to keep his 26 employees home. “I personally think that all my hedge fund colleagues who are not coming back until later are just taking it as an excuse to have a long summer vacation.”

7.  Google will try ‘hybrid’ work-from-home models, as most employees don’t want to come in every day | CNBC

Google is rethinking its long-term work options for employees, as most of them say they don’t want to come back to the office full-time.

Sixty-two percent of Google employees want to return to their offices at some point, but not every day, according to a recent survey of employee office preferences the company released this week. So Google is working on “hybrid” models, including rearranging its offices and figuring out more long-term remote work options, Alphabet CEO Sundar Pichai said in an interview with Time magazine on Wednesday.

“I see the future as being more flexible,” Pichai said in the interview. “We firmly believe that in-person, being together, having a sense of community is super important when you have to solve hard problems and create something new so we don’t see that changing. But we do think we need to create more flexibility and more hybrid models.”

The long-term planning comes as Google, which has been looked at as a model for Silicon Valley workplaces, slowly reveals more details of its plans to return its employees back to the office while also competing with other tech companies for top talent. Earlier in the summer, the company gave staffers the option to work from home through July 2021 amid the global pandemic. That came as Facebook announced a similar timeline, while other companies, such as Twitter, said employees can work remotely “forever.

After a surge in demand from homebound fitness buffs, Peloton faces a raft of challenges and potential stiff competition from heavy hitters.

It seems logical that six months of pandemic-era living would be a boon for Peloton Interactive Inc. Gyms were closed for long stretches, and even as some have reopened, crowded fitness classes don’t feel safe or are no longer offered. These dynamics have led more people to embrace digitally connected at-home exercise – an emerging business of which Peloton is a standout. That, in turn, has helped send Peloton shares soaring.

The hard part now is making sure this moment isn’t as good as it gets. However strong Peloton’s business has been in recent months, it faces big challenges in the year ahead. These include branching more successfully into new product lines while also fending off fresh competition. On Tuesday, investors thought one such rival had landed when Echelon Fitness announced that it had collaborated with Amazon.com Inc. on a $499 Prime Bike. In a weird twist, Amazon later said the bike was not an Amazon product and that it was asking Echelon to stop selling it. But the dip in share price that Peloton saw after Echelon’s initial announcement underscores the fragility of its position.

Peter Thiel is involved in a new SPAC that on Wednesday filed for a $575 million IPO, becoming the latest Silicon Valley tech investor to ride Wall Street’s hottest wave.

Why it matters: Thiel, who co-founded PayPal, is one of the few top Valley investors with close ties to the Trump administration, and also sits on the board of Facebook.

The SPAC is called Bridgetown Holdings, and will seek to buy a tech, financial services, or media company in Southeast Asia.

10. The luxury air business is booming — as many Californians struggle to breathe | Los Angeles Times

Gregory Malin remembers the night he realized a breath of fresh air could help sell a mansion.

The year was 2009. Some 2.8 million foreclosures were underway across the nation. Malin was hosting a party in San Francisco’s tony Pacific Heights, where his real estate development and investment firm, Troon Pacific, had bought a house for $6 million to gut and renovate it as a showpiece. They’d turned it into the greenest residence in the city, scoring super-platinum points on the LEED certification scale. Now they were showing it off.

A woman approached him and asked: “Oh, my God. What do you do in this home? Do you produce oxygen? I feel so much better right now than I felt all year,” Malin recalls. He had installed a state-of-the-art ventilation system for energy efficiency, but it also kept fresh filtered air moving through the building.

Something clicked. “My late wife looked at me and said, ‘Truly, the greatest luxury in life is your health.’”

The house sold for more than $13 million, and Malin began marketing air as a health-and-wellness amenity, the same way builders of yore pitched hot tubs or home gyms.

Malin was early, but the world is catching up. Increasingly, the atmosphere is palpably dangerous. California is burning through the grand finale of its worst fire decade on record, with smoke clouds choking most of the state for much of the last month. The next decade is likely to be worse, as climate change steadily cooks the West Coast. A deadly pandemic is lingering in the air, keeping people cooped up at home, or anxiously thinking about aerosols and air flow whenever they venture outdoors.