Located on one of the world’s most expensive strips of commercial real estate, the upscale Luxe Rodeo Drive hotel has closed, a casualty of a pandemic that is likely to put more hotels out of business.

The 86-room hotel, which for 27 years shared a city block with such high-end outlets as Cartier and Harry Winston, notified its workers last week that it would permanently cease operations because of the financial effects of the COVID-19 crisis.

“Please accept my sincerest gratitude for your service and loyalty and know that this decision was not made lightly,” Efrem Harkham, the chief executive of Luxe Hotels, which owns or operates three other hotels in Los Angeles and New York, told workers in a letter.

The Luxe Rodeo Drive is the first high-end hotel in the Los Angeles area to go out of business because of the pandemic, and industry experts point to an unusually high loan delinquency rate among hotel borrowers as a sign that more closures are likely to follow. 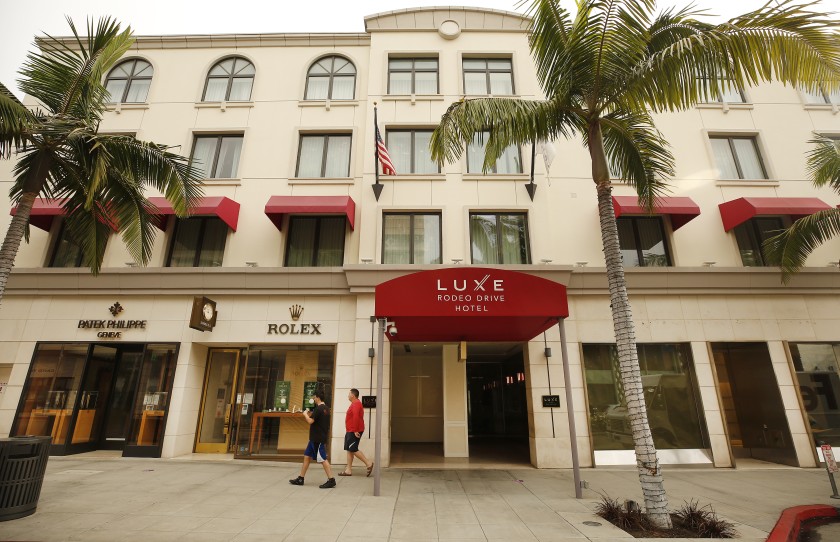 2. Americans Want Homes, but There Have Rarely Been Fewer for Sale | WSJ

The pandemic has aggravated the housing market’s longstanding lack of supply, creating a historic shortage of homes for sale.

Buyers are accelerating purchase plans or considering homeownership for the first time, rushing to get more living space as many Americans anticipate working from home for a while. Many potential sellers, meanwhile, are keeping their homes off the market for pandemic-related reasons.

3. Microsoft commits to putting more water than it consumes back into the ecosystems where it operates by 2030 | TechCrunch

One good trend in 2020 has been large technology companies almost falling over one another to make ever-bolder commitments regarding their ecological impact. A cynic might argue that just doing without most of the things they make could have a much greater impact, but Microsoft is the latest to make a commitment that not only focuses on minimizing its impact, but actually on reversing it.

The Windows-maker has committed to achieving a net positive water footprint by 2030, by which it means it wants to be contributing more energy back into the environment in the places it operates than it is drawing out, as measured across all “basins” that span its footprint.

Microsoft hopes to achieve this goal through two main types of initiatives: First, it’ll be reducing the “intensity” of its water use across its operations, as measured by the amount of water used per megawatt of energy consumed by the company.

Second, it will also be looking to actually replenish water in the areas of the world where Microsoft operations are located in “water-stressed” regions, through efforts like investment in area wetland restoration, or the removal and replacement of certain surfaces, including asphalt, which are not water-permeable and therefore prevent water from natural sources like rainfall from being absorbed back into a region’s overall available basin.

Under Darrin Williams, Southern Bancorp is pitching traditional banking to the untrusting and the unbanked.

Darrin Williams thinks it was probably a Fox News interview he did in early April that caught the eye of the White House and got him invited later that month to a videoconference with President Trump, his daughter Ivanka, and other top advisers. The pandemic was raging, and Trump had convened a lineup of financial luminaries to discuss how to save the economy. Treasury Secretary Steven Mnuchin took notes as Brian Moynihan, chief executive officer of Bank of America Corp., and Goldman Sachs Group Inc. CEO David Solomon opened the conversation. Then came Williams, who runs Southern Bancorp Inc. in Little Rock.

Williams is one of only a handful of Black CEOs at financial institutions with more than $1 billion in assets. At $1.6 billion, Southern Bancorp is a minnow next to the trillion-dollar-size whales that more commonly have access to Trump. But in this conversation, just four days after the federal government rolled out the Paycheck Protection Program to provide $350 billion in loans to keep small businesses alive, the little bank in Arkansas emerged as the most relevant.

WASHINGTON—The Federal Reserve, following an earlier split between banking regulators, took an initial step to rewrite rules for hundreds of billions of dollars in lending and investment in lower-income neighborhoods.

Fed governors voted 5-0 to seek public comment on a broad overhaul to its rules for the Community Reinvestment Act, a 1977 law aimed at ending “redlining”—banks’ practice of avoiding lending in certain areas, often minority neighborhoods.

While flight shaming and the coronavirus pandemic have spurred airlines to hasten the retirement of their oldest, fuel-guzzling aircraft, those planes don’t all end up in boneyards in the desert. Many find a second life in the fleets of Amazon.com Inc. and other cargo carriers.

Amazon has been among the biggest lessors of converted Boeing Co. 767s in the last five years as demand for online shopping has soared—more so since Covid-19 struck. A limited choice of converted planes and efforts to cap costs have left the online retailer with some of the freight sector’s oldest aircraft, many of them older than the company itself.

In June, Amazon said it was expanding its 70-strong fleet by leasing 12 converted Boeing 767-300 passenger jets, including a 29-year-old model it took delivery of in May. For haulers like Amazon Air, FedEx Corp. and United Parcel Service Inc., increased demand means more of these aging planes in the air and, hence, higher emissions, making it harder to shrink their carbon footprint and meet climate pledges.

“There’s certainly a trade-off between the environment and economics when it comes to freighters,” said Andreas Schafer, a professor of energy and transport at the UCL Energy Institute in London and an authority on aircraft carbon dioxide emissions. “While there’s a sound economic case for using older aircraft for freight, it may not be a great case for the environment.”

7. Millions can’t pay rent. Landlords making less than $50,000 a year are caught in the middle | CNBC

The Icon Building, a $60-million anchor for a Silicon Valley-style technology incubator in Botswana, reflects the nation’s mineral wealth — and its need to think beyond it.

Mom-and-pop landlords are in a worse financial position relative to their higher-earning peers as unemployment remains elevated and Americans continue to struggle to pay rent, according to a new analysis.

Roughly a third of individual landlords who own residential property are from low- to moderate-income households (those with incomes of less than $90,000 a year), according to researchers at the Hamilton Project, an economic policy arm of the Brookings Institution, a left-leaning think tank.

Such landlords derive a greater share of their income from rent relative to others.

8. You can now buy shoes from DSW while grocery shopping at some Hy-Vee locations | CNN Business

New York (CNN)Shoppers walking into select Hy-Vee grocery stores can now pick up a new pair of shoes in addition to their eggs, milk and bread.
Shoe retailer DSW, which has more than 500 stores nationwide, is opening 1,200 square foot mini shops inside the regional grocery store chain.

The first two DSW shops opened this month in Minneapolis. A total of six are expected to launch in the city by the end of September, with plans to roll out dozens more in 2021, DSW owner Designer Brands said Monday. The company first announced the partnership in April.

It’s the latest example of retailers adding locations in or near grocery stores to reach consumers where they are shopping the most. Last year, Kohl’s piloted an Aldi grocery store inside one of its department stores.

Shoppers will see the DSW shop, which will be stocked with 2,500 to 3,000 pairs of branded shoes, at the front when they enter a Hy-Vee store.

The Covid-19 pandemic has seen tens of millions of Americans engage in a gigantic experiment in working from home — one that looks to be more permanent than anyone might have imagined. Corporation after corporation has announced that they won’t be reopening their offices until mid-2021, at least.  Some commentators are even predicting the death of the office and the end of cities.

But let’s not get too far ahead of ourselves. Now, more than ever, the issue of where we work — of place and location — remains a fundamental question.

Pandemics and other crises can disrupt or change the status quo, but history shows they can also accelerate trends already underway. The question of where to locate corporate facilities has been increasing in strategic importance for a long time.

Corporations were facing a rising backlash to their perceived effects on housing prices and gentrification in superstar cities and tech hubs, and from attempts to hoard taxpayer-financed incentives — a backlash that is only likely grow in the wake of the growing movement for racial and economic justice that has swept American cities since the brutal police killing of George Floyd in Minneapolis in May.

Jonathan Mechanic, chairman of the Fried Frank law firm’s powerful real-estate practice, is thrilled that his division completed major deals over the work-from-home summer that included the $1.8 billion financing of Brookfield’s One Manhattan West and the $350 sale-leaseback of 522 Fifth Ave.

But he sounded nearly as exhilarated over returning to the firm’s downtown offices at One New York Plaza last week, wearing “a brand-new suit and a yellow tie” after six months working remotely from the Hamptons. He even took a selfie to prove it.

“I reopened our offices on Sept. 14 for our people to come back on a voluntary basis,” Mechanic said. “It was so invigorating. Our department is very closely knit.

“To me, coming back is a turning toward normalcy. It’s so energizing to be in office surroundings again — even seeing the security guys downstairs who I know forever.”