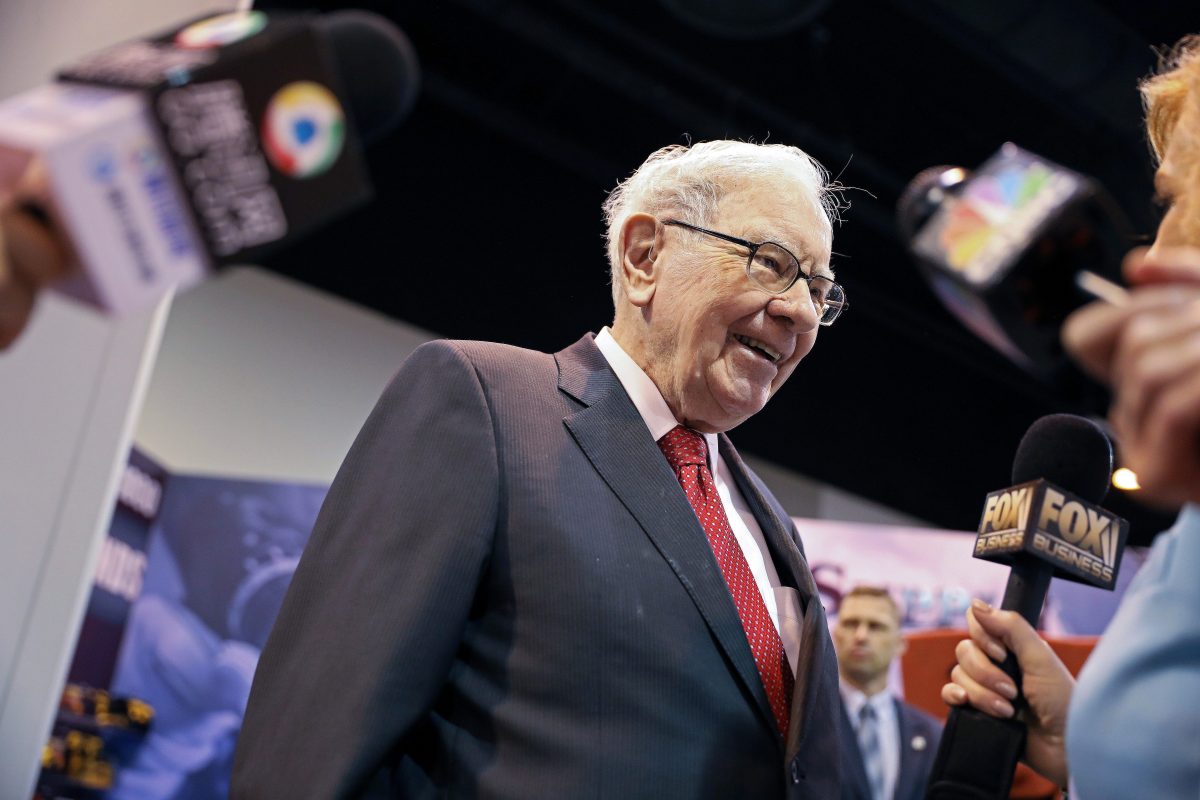 Warren Buffett’s Berkshire Hathaway Inc. has some new tactics to show off.

The billionaire’s conglomerate spent the third quarter plowing funds into international businesses and an initial public offering, atypical pursuits for a company that spent the start of the year watching from the sidelines as the Covid-19 pandemic spread.

On Saturday, investors get to see how much of an impact that capital deployment had when Berkshire reports third-quarter results. It already helped propel gains for the stock that were twice as high as the S&P 500’s advance during the period.

After sounding a warning in May about fallout from the pandemic, Buffett, 90, has slowly started putting more money to work from the company’s $146.6 billion in cash holdings, and even broke a record for the amount of stock repurchased in the second quarter. Berkshire’s recent investments in Japanese trading houses and Snowflake Inc.’s initial public offering signaled an appetite for new types of pursuits. 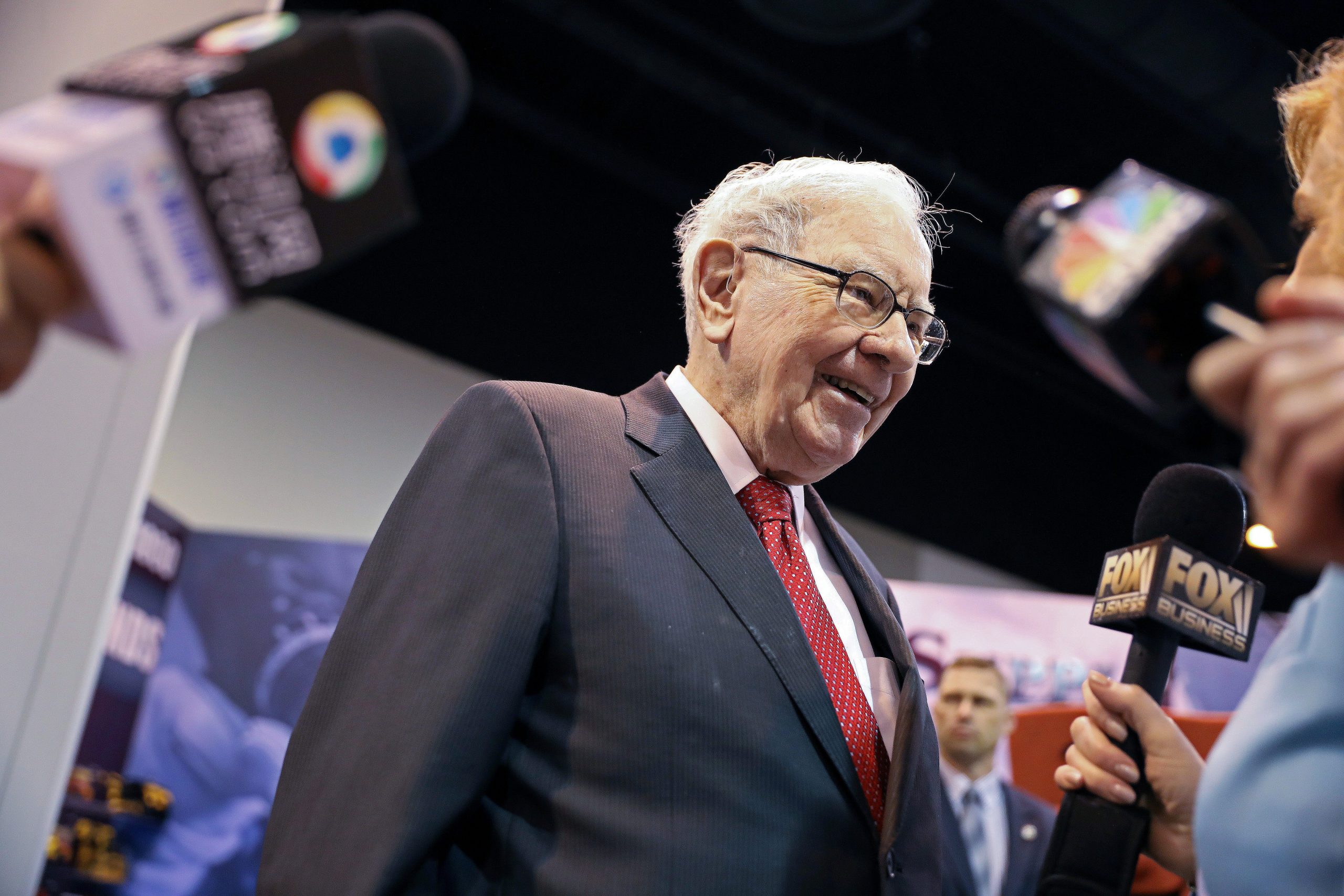 2. A Lockdown With Loopholes: New Virus Restrictions Come Into Force in England | The New York Times

The government has put the new rules in place to address a surging number of coronavirus cases across the country, but some shops and companies, as well as consumers, are flouting them.

LONDON — Chocolate shops and stationery stores were busy as usual. Universities held in-person lectures. And workers crowded into some offices and factories, often with nothing more than a bottle of communal hand sanitizer to protect them from the rampant spread of the coronavirus.

In England on Thursday, the first hours of Lockdown 2.0, as local newspapers called it, looked very little like a lockdown at all.

The situation exposed the enormous difficulties of European governments, struck by a second wave of the coronavirus, as they try to put the genie back in the bottle after months of encouraging people to flock back to offices and pubs.

U.S. Department of Justice officials seized more than $1 billion of bitcoins and other digital currencies this week that had been associated with the Silk Road online drug bazaar, the largest seizure of cryptocurrency in the agency’s history.

The 69,000 seized bitcoins once belonged to Silk Road founder Ross Ulbricht, the Justice Department said in a statement Thursday. Mr. Ulbricht was convicted in 2015 of distributing narcotics and money laundering and sentenced to life in prison.

Consumers holed up during the coronavirus pandemic redirected their travel and entertainment dollars toward pizza, videogames, home-exercise equipment and luxury goods, according to several companies that provided business updates Thursday.

The pressure is easing on wealthy Americans to make quick moves before the end of the year.

Wealthy Americans watching election results are breathing a sigh of relief, for now.

Advisers to the rich had been planning a variety of end-of-the-year strategiesto protect their clients from big tax hikes in case former Vice President Joe Biden was elected president alongside wide Democratic majorities in both chambers of Congress — a “blue wave” that doesn’t seem to be materializing.

While Biden appears to be leading in the states he would need to take the White House, many are expecting the Senate to remain in Republican hands.

“There was anxiety that there would be a Democratic sweep and a quick change in tax law,” said Laura Zwicker, chair of the private client services group at the law firm Greenberg Glusker in Los Angeles. “There is now a little more time, a little more breathing room.”

6. U.K. House Prices Climb Most Since 2016 Ahead of New Lockdown | Bloomberg

U.K. house prices climbed the most since 2016 last month, pushing average values to a record ahead of the renewed restrictions to contain coronavirus.

The property market has defied a general economic downturn since the virus hit as city dwellers looked to move out of urban centers. The government is also fueling demand with a temporary tax break on purchases and by promising more generous loans for young buyers.

Under the new lockdown that took effect this week, house viewings are still allowed and real estate agents remain open for business.

The boom may be short-lived. Rising unemployment and a new lockdown this month will make it harder for transactions to go through. The Bank of England expanded monetary stimulus Thursday as it lowered forecasts for growth.

A short-term rental vacation host has filed a proposed class action lawsuit against Airbnb, alleging that the tech company violated its contract with hosts when the company offered full refunds to guests in the wake of the coronavirus pandemic in March.

The lawsuit was filed Thursday in the United States District Court for the Northern District of California in San Francisco by Anthony Farmer, an Airbnb host in Texas. Farmer had been a host with Airbnb for three years. Farmer stopped hosting with Airbnb as a result of $655 he claims the company owes him from canceled reservations. The lawsuit alleges three claims against Airbnb: breach of contract, breach of fiduciary duty and violation of California consumer protection laws.

Amazon will invest about $2.8 billion in Telangana to set up a new AWS Cloud region in the southern state of India, a top Indian politician announced on Friday.

The new AWS Asia Region will be Amazon’s second infrastructure region in India, Amazon said in a press release. It did not disclose the size of the investment.

“The new AWS Asia Pacific (Hyderabad) Region will enable even more developers, startups, and enterprises as well as government, education, and non-profit organizations to run their applications and serve end users from data centers located in India,” the e-commerce giant said.

Mortgage rates dipped to another record low for the twelfth time this year driven by ambiguity surrounding the election outcomes.

According to Freddie Mac, the 30-year fixed mortgage averaged 2.78%, a drop of 3 basis points from the previous week. Even though the rates have slumped to record lows once every four weeks on average this year, the new slump highlights investors’ concerns over political uncertainty.

However, mortgage rates tend to be unpredictable in the weeks after presidential elections, as reported by NerdWallet.

Freddie Mac data shows that rates have gone up, down and remained steady since the 2000 election between George W. Bush and Al Gore. The contested race saw a steady 30-year fixed-rate mortgage throughout November at a range of 7.73% to 7.79%, followed by a sharp decline with the outcome of the Supreme Court’s Bush v. Gore case. Rates moved up after Bush’s re-election in 2004, in addition to President Trump’s 2016 election and fell both times when President Obama seized the nomination.

Zillow is riding a riding a trend of increased home ownership driven in part by record-low mortgage rates. The housing market has also bounced back after stalling when COVID-19 hit the U.S. in March. The shift to remote work is also giving people more flexibility for where they live.