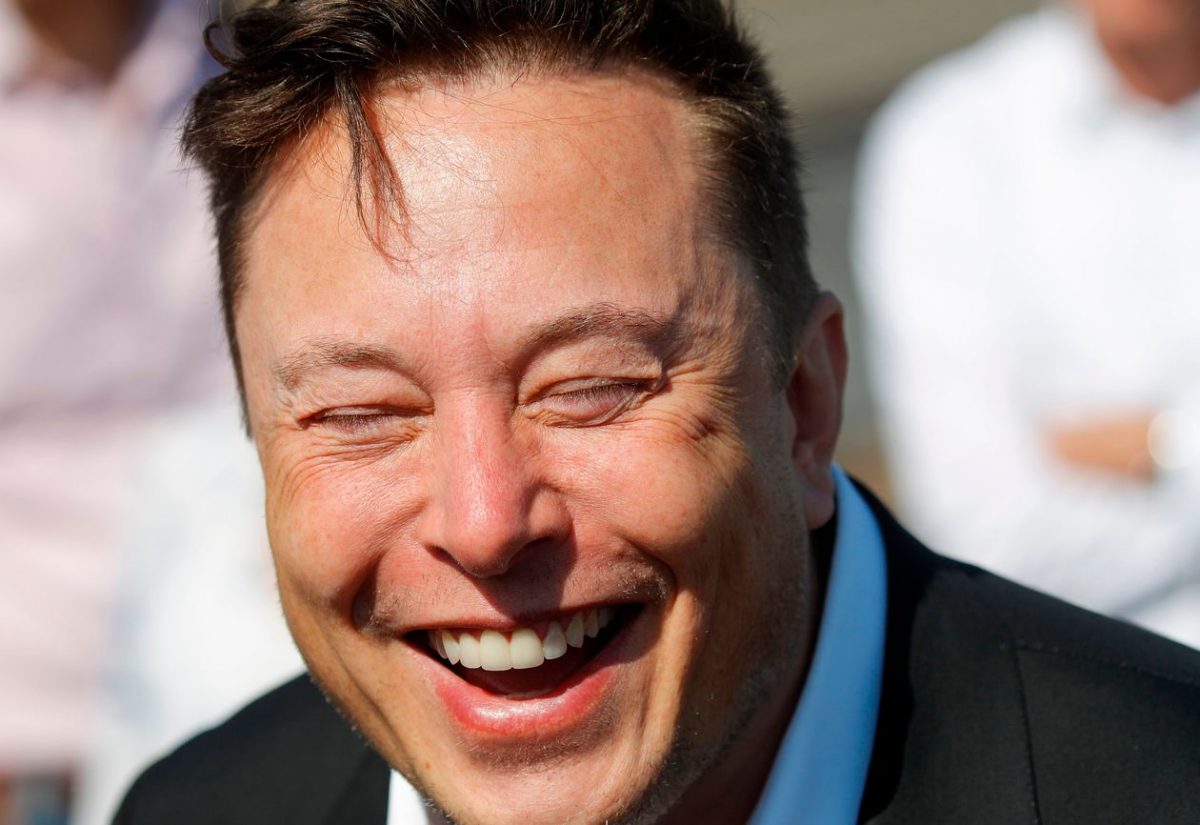 The Tesla CEO’s net worth now sits at $128 billion

Elon Musk has passed Microsoft co-founder Bill Gates to become the world’s second richest person, according to the Bloomberg Billionaires Index. The Tesla CEO’s net worth now sits at around $128 billion, after increasing by $100 billion this year. There is a sizable gap between Musk and the number one spot, which is currently held by Amazon CEO Jeff Bezos who has a reported net worth of around $182 billion. In January, Musk ranked 35th on the list, Bloomberg reports.

For an idea of how the wealth of these men compares to the average American household, check out this amazing data visualization produced earlier this year in which every pixel represents $1,000.

Musk’s rapid ascent up the list has mainly been driven by Tesla’s share price. The car company currently has a market cap of almost $500 billion, after starting the year at under $100 billion. The Guardian reports that Tesla has the highest market cap of any car company in the world, despite producing a fraction of the cars of more established automakers. This year it expects to produce 500,000 cars, compared to around 10 million for a company like Toyota. Around three quarters of Musk’s net worth consists of Tesla shares, according to Bloomberg. 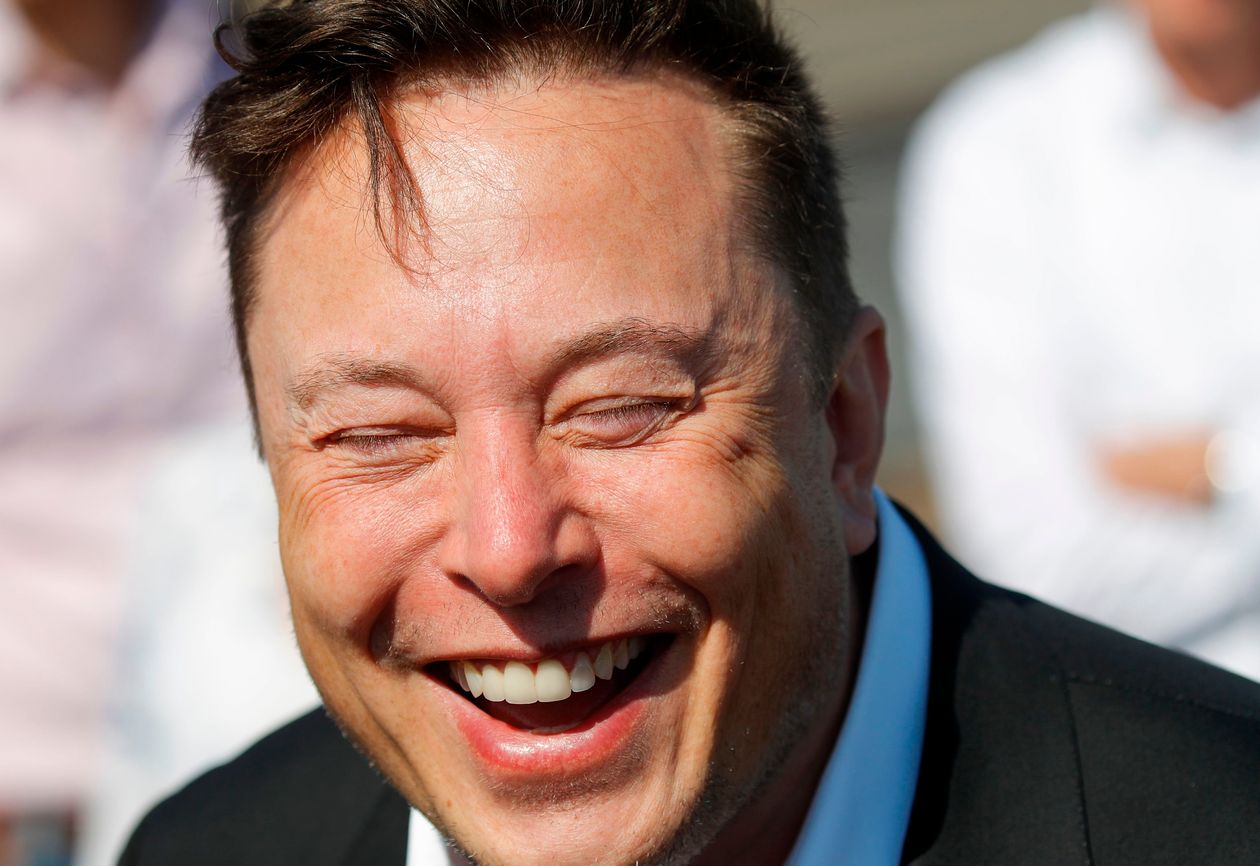 Americans visited malls this past weekend saying they wanted to do Christmas shopping before potential shutdown restrictions are implemented or to avoid Black Friday crowds, as the spreading coronavirus looms over the holiday season.

Tiffany Lambert and her 15-year-old son hunted for an Xbox Series X, a new hard-to-find videogame console, inside the Best Buy Co. store at Crossgates Mall in Albany, N.Y., on Saturday.

3. As Customers Move Online, So Does the Holiday Shopping Season | The New York Times

Empty stores are turning into fulfillment centers and the market for warehouse space is booming, as the pandemic rockets the retail industry into its e-commerce future.

The holidays will look different at Macy’s this year. The Thanksgiving Day parade will proceed without spectators, and Santa Claus will not be reviewing Christmas wish lists from his usual perch on 34th Street.

But while many of those traditions are likely to return once the threat of the coronavirus passes, other changes at Macy’s this holiday shopping season — which traditionally begins with Thanksgiving — signal how the company’s business, and that of the entire retail industry, may be altered forever by the pandemic.

Early last month, two Macy’s stores, in Delaware and Colorado, went “dark,” meaning employees are primarily using the spaces as fulfillment centers where they process online orders and returns rather than a place for customers to browse and shop.

Toast, a start-up that sells software to help restaurants with online ordering, has had a rollercoaster of a year managing through the pandemic. Of late, business has been booming,

The company responded to the recent upswing by giving stakeholders a chance to cash out some of their shares. Last week, Toast closed a secondary sale that allowed current and former employees to sell up to 25% of their vested shares for $75 a piece, according to people familiar with the matter who asked not to be named due to confidentiality agreements.

The deal values Toast at about $8 billion. The company last raised a primary round in February, just before the coronavirus hit the U.S., reeling in $400 million at a $4.9 billion valuation. The share price at that time was $45.45, according to SharesPost.

During the mortgage bubble in the early 2000s, when investors were feverishly trading faulty subprime bonds, a few savvy skeptics recognized the bonds were doomed, so they bet against them. They shorted the bonds and made billions.

Now one of those players is doing the same thing, but not on subprime. He’s doing it based on the risks to the housing market from climate change and the coronavirus pandemic.

Dave Burt is a financial analyst who looks at risk in real estate derivatives markets. That’s what he was doing back in 2005, analyzing vast pools of subprime mortgage bonds that Wall Street was creating and trading. He examined the homes and borrowers who owned them.

6. Millions of Americans Expect to Lose Their Homes as Covid Rages | Bloomberg

Millions of Americans expect to face eviction by the end of this year, adding to the suffering inflicted by the coronavirus pandemic raging across the U.S.

About 5.8 million adults say they are somewhat to very likely to face eviction or foreclosure in the next two months, according to a survey completed Nov. 9 by the U.S. Census Bureau. That accounts for a third of the 17.8 million adults in households that are behind on rent or mortgage payments.

The CARES Act, signed into law last March, allows homeowners to pause mortgage payments for up to a year if they experience hardship as a result of the pandemic. Borrowers who signed up at the start of the program could face foreclosure by March.

Autonomous vehicle startup Gatik announced today that it has raised $25 million in a Series A funding round led by Wittington Ventures and Innovation Endeavors. The company did not disclose its valuation in the deal.

Gatik cofounder and CEO Gautam Narang describes his company’s goal as addressing the “middle mile” of autonomous transport, between long-haul trucking and last-mile delivery robots. Gatik’s fleets will also be limited to fixed routes, which Narang describes as a realistic approach to the current state of self-driving technology.

London (CNN Business)Christine Jardine, a Scottish politician who represents Edinburgh in the UK parliament, was not a fan of universal basic income before the pandemic hit.

“It was regarded in some quarters as a kind of socialist idea,” said Jardine, a member of the centrist Liberal Democrats party.

But not long after the government shut schools, shops, restaurants and pubs in March with little warning, she started to reconsider her position.

“Covid-19 has been [a] game changer,” Jardine said. “It has meant that we’ve seen the suggestion of a universal basic income in a completely different light.” In her view, the idea — sending cash regularly to all residents, no strings attached — now looks more “pragmatic” than outlandish.

She isn’t the only one to change her mind. As the economic crisis sparked by the coronavirus drags on, support in Europe is growing for progressive policies once seen as pipe dreams of the political left.

In Germany, millions of people applied to join a study of universal basic income that will provide participants with €1,200 ($1,423) a month, while in the United Kingdom, more than 100 lawmakers — including Jardine — are pushing the government to start similar trials.

LONDON (Reuters) – Bitcoin homed in on its all-time high on Tuesday after hitting $19,000 for the first time in nearly three years.

Fueling its blistering rally had been demand for riskier assets amid unprecedented fiscal and monetary stimulus designed to counter the economic damage of the COVID-19 pandemic, hunger for assets perceived as resistant to inflation and expectations that cryptocurrencies will win mainstream acceptance.

Bitcoin’s 12-year history has been peppered with vertiginous gains and equally sharp drops. Its markets remain highly opaque compared with traditional assets such as stocks or bonds.

Hong Kong intends to pay people who receive a positive Covid-19 diagnosis, the latest example of income-support systems with too many holes being improved

Hong Kong plans to give a one-time payment to anyone who contracts Covid-19 locally and suffers financially because they don’t get sick pay and are stuck in hospital. The policy—involving a payment of 5,000 Hong Kong dollars, equivalent to US$645—might seem strange, but it actually makes a lot of sense, for public health and the economy.

The move follows publicized cases in which people with Covid-19 symptoms continued to work, in professions such as taxi-driving where they aren’t eligible for sick pay.