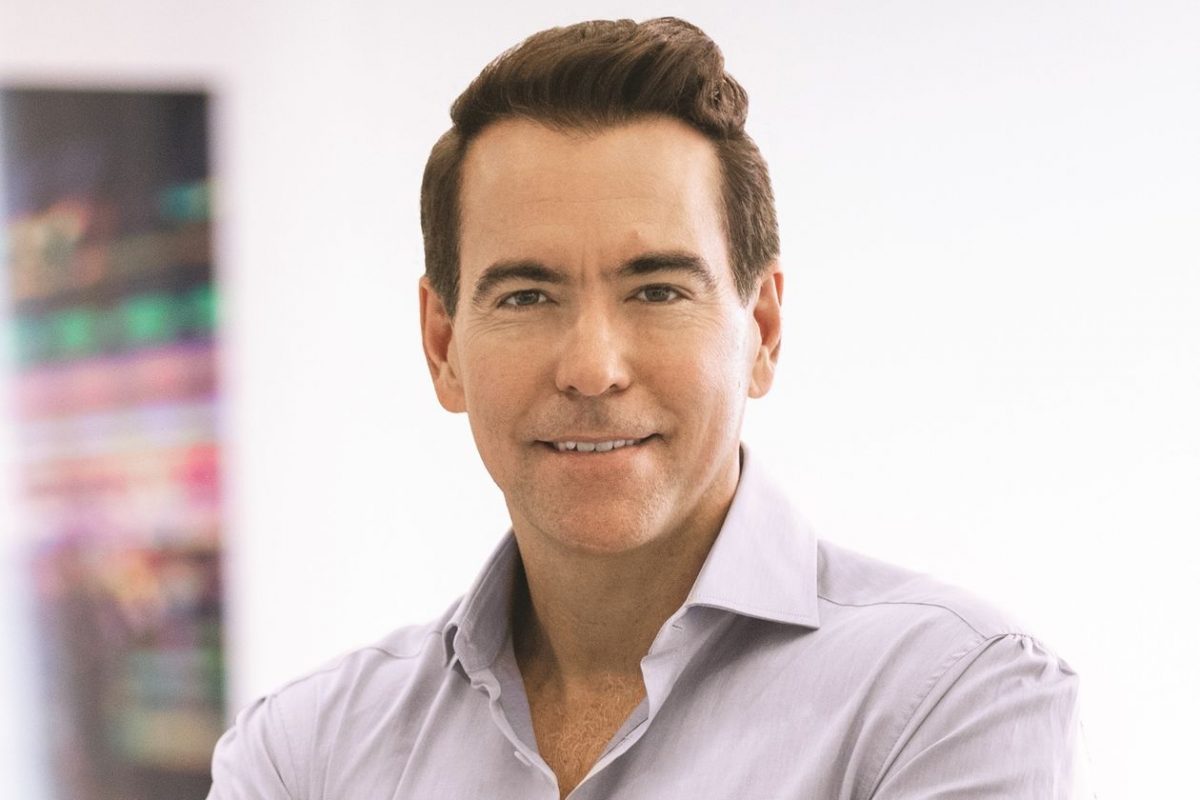 In downtown Franklin, Tenn., a giant Christmas tree and Victorian-era storefronts draw flocks of shoppers in search of very merry merchandise. This chic charm is wooing scores of new home buyers, too.

Private-equity firm Thoma Bravo LP has struck a deal to buy property-management-software provider RealPage Inc. RP -0.92% for $9.6 billion, in one of the largest recent leveraged buyouts.

Thoma Bravo is paying $88.75 per share for the company, a 31% premium to RealPage’s closing price Friday of $67.83, officials at the firms said.

RealPage, based in Richardson, Texas, provides a technology platform used by owners and managers of rental properties. Tenants might pay their rent or submit a maintenance request using RealPage’s software. The company also keeps a database of real-time lease transactions, allowing it to forecast where markets are heading.

“We were able to do quite well during the pandemic because there was a rush by our industry to go virtual, and we were one of the platforms that did that,” RealPage Chief Executive Steve Winn said in an interview. 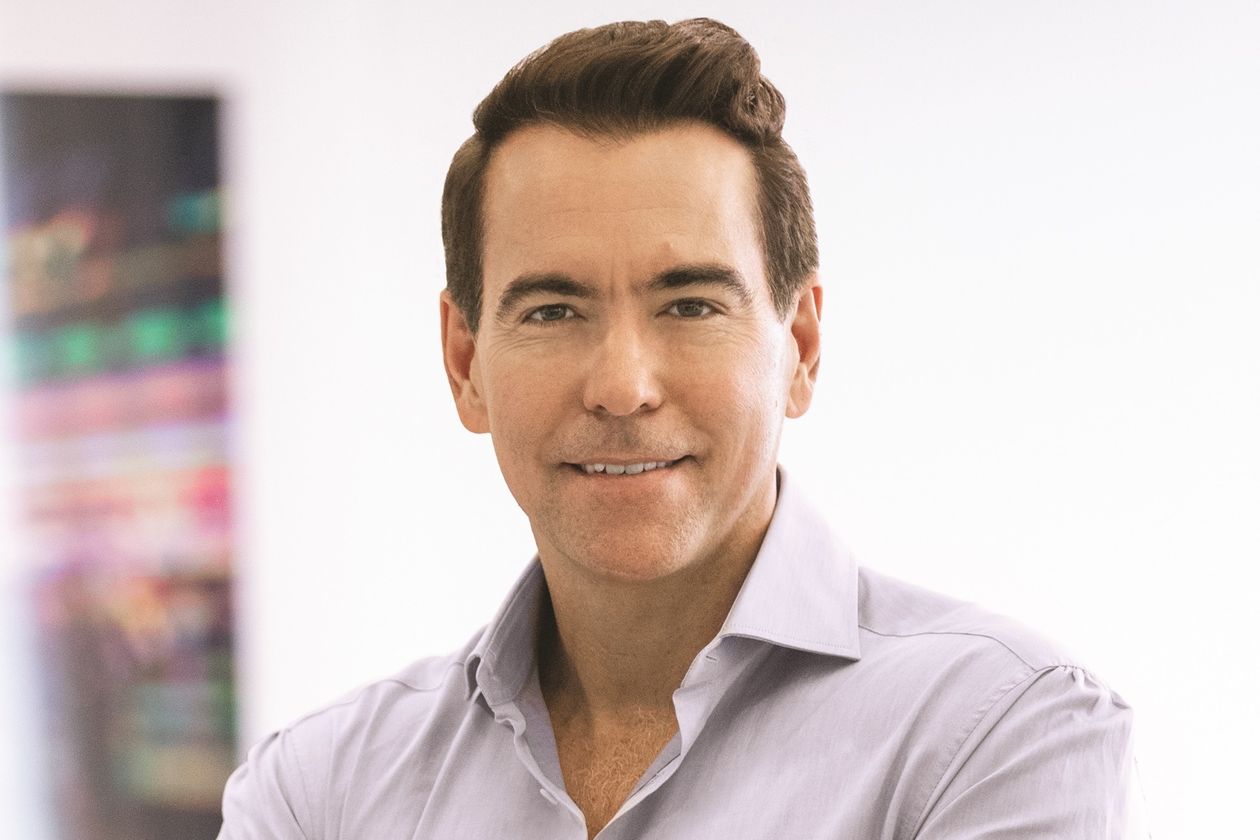 2. Midtown Is Still Empty, and Landlords Are Sounding the Alarm | Bloomberg

Developer Aby Rosen would really like this whole work-from-home thing to be temporary. And by the way you should see what he’s done with the Chrysler Building.

The 61st-floor terrace of the Chrysler Building, the Jazz Age wonder of the New York skyline, is studded with massive steel eagles. On a misty October night, Aby Rosen, the German-born investor who’s redeveloping the building, leans against a railing beside one of the birds. It’s beginning to drizzle, but Rosen, who has long white hair and alert blue eyes, is in an ebullient mood.

He points out the other landmarks near his own landmarked building, which his company, RFR Holding LLC, purchased last year with Signa Group, an Austrian real estate investor, for $151 million. There’s the statue of Mercury in his winged helmet welcoming travelers to Grand Central Terminal, the Beaux Arts gateway to the city for commuters from the northern suburbs. Rosen gestures to the jagged summit of One Vanderbilt, the neighborhood’s latest skyscraper, to be joined in a few years by JPMorgan Chase & Co.’s princely new headquarters, under construction nearby on Park Avenue.

To the west, Rosen can see the shimmering towers of Hudson Yards, New York’s newest commercial district. Many tenants, including some of his, have been drawn there, but they can have it as far as he’s concerned. “It’s quite stunning,” Rosen says. “It’s like a city unto itself. But Midtown, for me, has always been the most exciting part.”

He says there will be no better Midtown address than the Chrysler Building, once he and his partners complete a renovation that will cost at least $200 million. He steps through the window back into the 61st floor. It’s been entirely gutted. Rosen is transforming the space into a cocktail bar and restaurant, taking its name from the Cloud Club, the celestial hangout that once operated in the building’s spire, attracting the likes of John D. Rockefeller and Jack Dempsey.

Alo Yoga, say “alo” to your new landlord — a mysterious Qatari sheikh whose charitable foundation has allegedly been flagged by his country’s Mideast rivals for suspected ties to terrorism.

Its 17,600 square feet are home to LA-based Alo Yoga’s New York flagship, which houses a yoga studio and a women’s athletic-wear shop filled with sexy photos of lithe young men and women in what the brand calls “mindful moments.” Famed chef Matthew Kenney’s new restaurant, Sutra, is coming soon to the top floor.

The sale was a modest shot in the arm for the snoozing investment-sale market — Sitt bought 164 Fifth in 2014 for just $23 million. Sources said the sheikh’s purchase was likely for investment purposes as Alo Yoga has 13 years left on its lease.

Elon Musk inquired about converting “large transactions” of Tesla Inc.’s balance sheet into Bitcoin in a Twitter exchange with Michael Saylor, a prominent booster of the digital currency.

In a series of tweets, Saylor, chief executive officer of Microstrategy Inc., encouraged the billionaire to shift U.S. dollars from the electric-car maker to Bitcoin and “do your shareholders a $100 billion favor.”

“Other firms on the S&P 500 would follow your lead & in time it would grow to become a $1 trillion favor,” Saylor added in his tweet on Sunday.

The exchange came after Musk posted a suggestive image indicating that he’s tempted by Bitcoin, which has more than tripled in value this year.

“Are such large transactions even possible?” Musk tweeted in response to Saylor. Numerous people assured him they are, as well as Saylor, who said he had purchased more than $1.3 billion in Bitcoin and offered to share his “playbook” offline.

5. SoftBank will reportedly file for a SPAC on Monday | TechCrunch

SoftBank  Investment Advisers may file as early as Monday to raise between $500 million and $600 million through an initial public offering of its first special purpose acquisition vehicle, reports Axios.

SoftBank Investment Advisers manages the two Vision Funds and may continue leaning into SPACs, with two more reportedly in the works.

The conglomerate first revealed its SPAC plans in October when SoftBank Investment Advisers chief executive officer Rajeev Misra said he was planning a SPAC while speaking at the Milken Institute Global Conference. An SPAC would give the Vision Fund another way of investing in private companies, and also allow the public to invest in SoftBank’s portfolio picks.

SPACs are blank-check companies created for the purpose of merging or acquiring other companies, and have gained popularity this year as an alternative to traditional stock market debuts.

6. How the pandemic inspired creative uses of technology in 2020 | CNBC

People got imaginative with TikTok, FaceTime, Zoom, Google Forms, and a meme of Anthony Fauci

The year that brought us the coronavirus pandemic, murder hornets, and the deaths of Ruth Bader Ginsburg and Alex Trebek is probably one most people won’t be sad to bid adieu. Parents and kids were stuck together during lockdowns, trying to manage remote school and work, and everyone’s feeling good and frayed at this point.

At the start of the pandemic, media was abuzz with the notion that this pandemic and the resulting lockdowns would be a boon for the creative process. Suffering and isolation, the logic goes, beget great works of art and literature: just look at Shakespeare, who apparently cranked out Macbeth, King Lear, and Antony and Cleopatra while quarantined during an outbreak of bubonic plague.

While we may not yet know if another Shakespeare found their muse during the current pandemic, plenty of people found their creative spark thanks to technology, with librarians, artists, and even epidemiologists using the tools at hand not just to distract from the tedium of lockdown, but to put forth new approaches to how we learn and connect with each other.

LONDON — A highly contagious new variant of the coronavirus is causing countries in Europe and elsewhere to block travel from Britain.

The U.K. last week warned of a new coronavirus variant that is thought to be up to 70% more transmissible than the original strain of the disease. According to the World Health Organization, the new variant has so far been identified in Denmark, the Netherlands and Australia.

News of the strain forced the British government to backtrack on plans to let families mix over Christmas, locking down London and other areas in southern England where infections by the Covid mutation are heavily concentrated.

Over the weekend, several countries announced plans to shut their borders to Britain. In Europe, France, Germany, Italy, Ireland and the Netherlands have all barred flights from the U.K., while Austria and Sweden are reportedly preparing to do the same.

8. On LinkedIn, Pro Athletes Make Their Next Move | The New York Times

The platform that put the “network” in “social network” has proved unexpectedly popular with jocks seeking second careers.

In college, Josh Martin struggled to answer a question that stumps plenty of students: What’s next?

Martin played football for Columbia University from 2009 to 2012 but wasn’t expecting his career to consist of tackles and sacks. He majored in anthropology and considered law school, but a student-athlete adviser told him he didn’t have the grades to get into a top program.

“I wasn’t quite sure what I would do after school,” Martin said. “I didn’t really have any career goals. That was an issue for me in college. I didn’t have that sense of purpose.”

The adviser recommended that Martin and his teammates sign up for LinkedIn to start networking. So he joined, using his football headshot as a profile picture. However, before he had to enter the rat race, the N.F.L. called with a job offer. In 2013, the Kansas City Chiefs hired Martin as an undrafted free agent. Since then, he’s also been employed as a linebacker by the Tampa Bay Buccaneers, New York Jets and New Orleans Saints.

Over the years, Martin occasionally returned to LinkedIn to make connections and pursue business ventures off the field, like endorsement deals. When the pandemic hit, pressing pause on pro sports, there was suddenly much more time to think about life after football. For example, Martin is interested in collaborating with wealth management firms to help fellow players prepare for their next career.

“The goal for me is to build a community and use it as a resource for knowledge,” Martin said. “People want to be around athletes. So how can I use my platform?”

We’ve seen a big wave of proptech startups emerge to reimagine how houses are bought and sold, with some tapping into the opportunity with distressed property, and others exploring the “iBuyer” model where houses are bought and fixed up by a single startup and resold to homeowners who don’t want to invest in a fixer-upper. But the vast majority of homes are still sold the traditional way, by way of a real estate agent working via a broker.

Today, a startup is announcing that it has raised seed funding not to disrupt, but improve that basic model with a more flexible approach that can help agents work in a more modern way, and to ultimately scale out the number of people working as agents in the market.

Avenue 8, which describes itself as a “mobile-first residential real estate brokerage” — providing a new set of tools for agents to source, list and sell homes, and handle the other aspects of the process that fall between those — has raised $4 million. This is a seed round, and Avenue 8 plans to use it to expand further in the cities where it is already active — it’s been in beta thus far in the San Francisco and Los Angeles areas — as well as grow to several more.

Amazon.com Inc AMZN has closed a warehouse in New Jersey after it noticed an escalation in the number of asymptomatic cases of COVID-19, CNBC reported Sunday.

What Happened: The Jeff Bezos-led company will keep the Robbinsville Township, New Jersey, facility — also known as PNE5 — shuttered, at least until Saturday.

“We detected an increase in the number of asymptomatic positive cases at our PNE5 facility in northern New Jersey and have proactively closed the site until December 26th out of an abundance of caution,” Amazon spokesperson Lisa Levandowski told CNBC.

Levandowski reportedly did not provide the details of total cases at the facility.