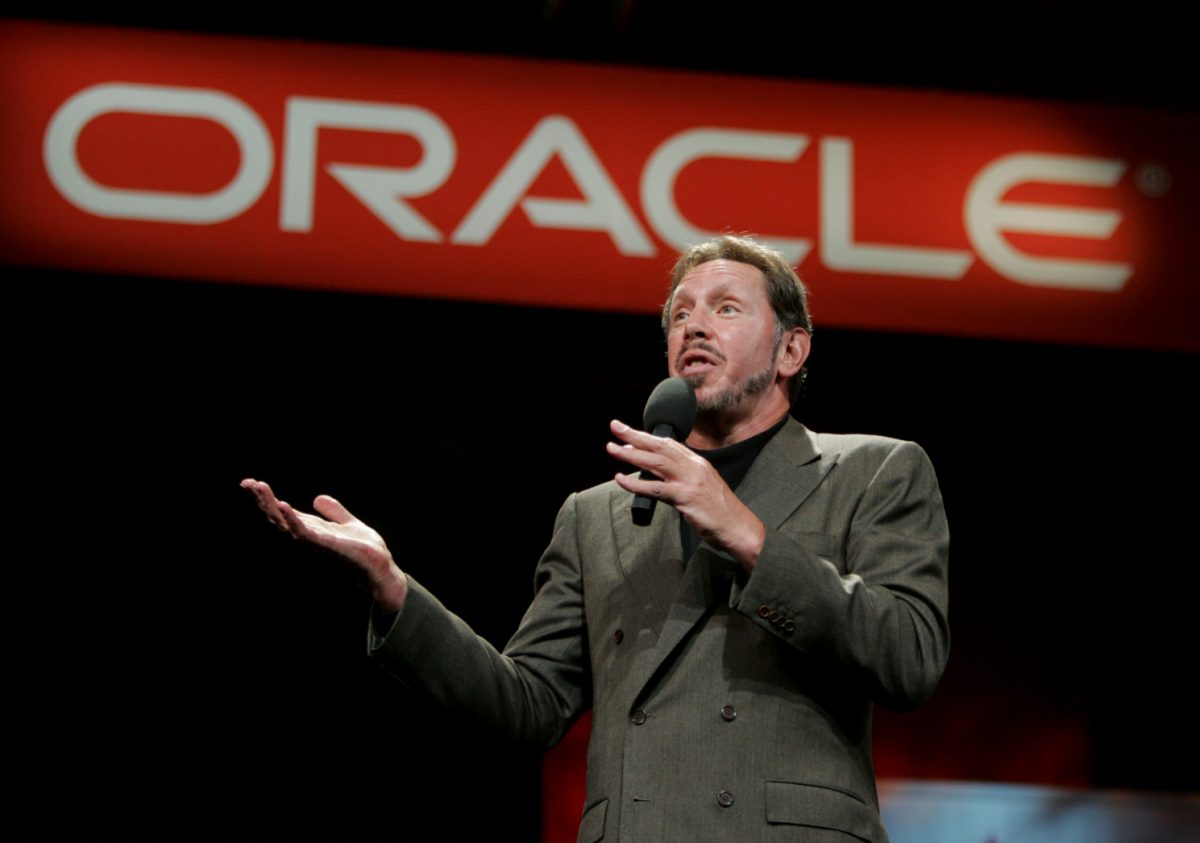 Oracle Corp. co-founder Larry Ellison said he has moved his primary residence to Hawaii, becoming the latest Silicon Valley executive to depart the state where they built their fortunes.

Ellison, the world’s 11th-wealthiest person, notified his staff Monday of the move. Recode first reported the executive’s decision, which followed Oracle’s announcement Friday that it had shifted the company’s headquarters to Austin, Texas, from Redwood City, California.

“I’ve received a number of inquiries about whether or not I will be moving to Texas,” Ellison wrote in a memo to Oracle’s employees. “The answer is no. I’ve moved to the State of Hawaii and I’ll be using the power of Zoom to work from the island of Lanai. Mahalo, Larry.”

Ellison, 76, who has a net worth of about $75 billion, according to data compiled by Bloomberg, owns 98% of Lanai, Hawaii’s sixth largest island that’s mostly made up of Ellison’s luxury hotels and resorts. Ellison is the main employer of Lanai’s 3,000 residents. In addition to his three hotels, he also owns a significant chunk of the housing stock as well as the main grocery store and the monthly newspaper there. 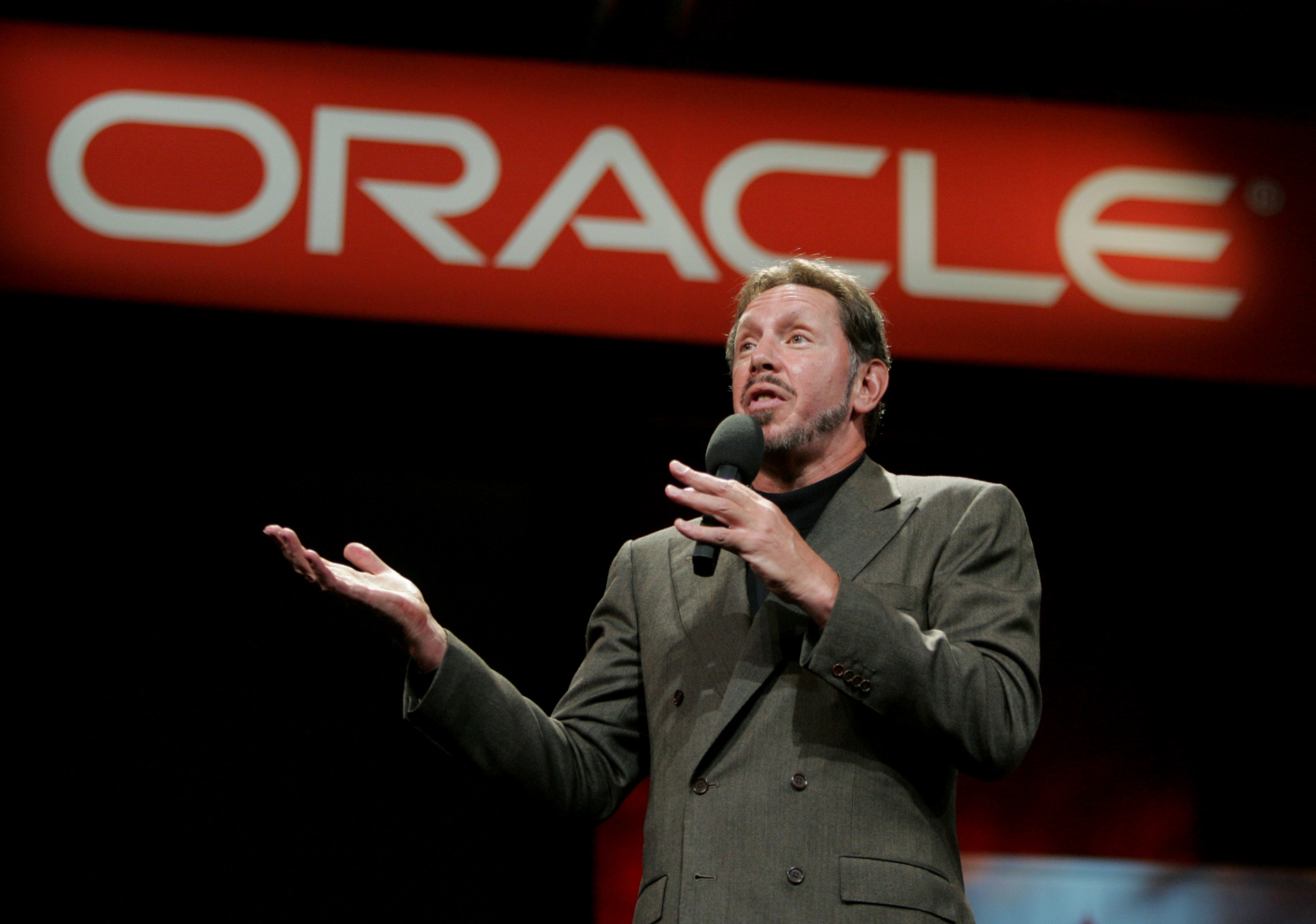 Google plans to have employees return to offices starting next fall instead of the summer, but the technology giant will test allowing staff to continue working from home for part of each workweek.

Google’s parent, Alphabet Inc., now expects that workers will start showing up in offices again in September, according to a report in the New York Times. Google confirmed the report and declined to comment further.

That is a shift from an earlier plan that had workers returning in July, and from one that would have required employees to return to work next month. Based in Mountain View, Calif., Alphabet said it had about 119,000 full-time workers as of the end of last year, according to its most recent annual company filing. It also hires contract workers.

Google also will pilot an option for employees to work at least three days a week in offices and do their jobs remotely the remainder of the days, according to the report.

Companies across the country transitioned workforces to remote work earlier this year to try to halt the spread of the coronavirus. As Covid-19 vaccines are distributed, businesses are sorting out when—and if, in some cases—they plan to require workers to start showing up at offices once again.

Blackstone Group Inc. is amping up its bet on biotechnology lab space and other life-sciences real estate, agreeing to pay $3.45 billion for a portfolio of buildings primarily in the active Cambridge, Mass., market.

The acquisition is the latest sign of growing investor interest in life-sciences real estate during the pandemic. Blackstone was already one of the world’s leading investors in this type of property even before the Covid-19 outbreak.

Now the firm’s interest is intensifying. Earlier this fall, Blackstone recapitalized BioMed Realty, the largest private U.S. owner of life-sciences property, for $14.6 billion. The firm is also close to acquiring another two life-science buildings in the Boston-Cambridge market for $1 billion, according to people familiar with the matter.

“The pandemic has only amplified the need for vital drug discovery and shined a light on the importance of innovation in life sciences,” said Nadeem Meghji, Blackstone’s head of real estate for the Americas.

Amazon’s autonomous vehicle company, Zoox, is taking the wraps off of its first self-driving robotaxi.

Zoox on Monday debuted an electric, fully driverless vehicle that’s built for ride hailing. It’s a “carriage-style” car, which means that passengers face each other and there’s no space for a driver or passenger seat, since there’s no steering wheel. It has space for up to four passengers.

Amazon acquired the six-year-old start-up in June and, at the time, gave few details about how it planned to use Zoox’s technology. Amazon CEO Jeff Bezos has previously expressed enthusiasm around the auto industry and the company has been using self-driving trucks to haul some cargo. Over time, autonomous vehicles like those envisioned by Zoox could fit into Amazon’s sprawling logistics network, by making last-mile delivery cheaper and faster than before.

The robotaxi has a few features that set it apart from rivals like Alphabet’s Waymo, GM’s Cruise, Uber and Tesla. It has bidirectional driving capabilities and four-wheel steering, which allows it to change directions without the need to reverse and navigate in compact spaces.

Amid intensifying calls to convert some older Manhattan office buildings to residential — including by the influential Real Estate Board of New York — comes even more grim news about the pandemic-battered market.

It’s scary to think about, but Manhattan’s office-leasing picture is worsening by the month. The large, spirits-lifting deals signed in the spring and summer for AIG, TikTok and Facebook seem a distant memory.

CBRE’s latest activity report found that year-to-date leasing of 11.87 million square feet was down 58 percent over last year. Things took an even darker turn in November, when leasing totaled a mere 482,000 square feet — a staggering 78 percent below the five-year monthly average of 2.16 million square feet.

The pitiably puny numbers broke the record for lowest monthly leasing for the third time this year. “I wouldn’t say it’s free-fall, but it’s a lot worse than just an adjustment,” said a broker who wisely didn’t want to be named. He quickly added, “We’ll recover, but it won’t be overnight.”

Andrew Wilkinson didn’t even know what a family office was until people started using it in reference to Tiny Capital, his tech-focused holding group.

A college dropout from Vancouver, British Columbia, Wilkinson, 34, wasn’t steeped in the ways of the ultra-wealthy when he started Tiny five years ago. The self-taught web designer founded an agency soon after high school that grew rapidly building interfaces for Silicon Valley clients such as Pinterest Inc.

“I was operating at very high margins and my bank balance kept getting bigger,” Wilkinson said. “I didn’t really know what to do with the money and all I knew how to do was start businesses.”

So that’s what he did, concentrating initially on software that serviced the budding online retail industry. Today his empire comprises 30 companies with a combined value he estimates at C$600 million ($471 million) to C$1 billion. Though he said his general strategy is to hold the businesses for the long term, the ease of listing through a special-purpose acquisition company, or SPAC — what he calls “the least painful way to go public” — proved too tempting.

The Seattle startup ecosystem has a new unicorn.

Zenoti just reeled in a $160 million Series D round to help supercharge its enterprise software product used by more than 12,000 spas, salons, and other wellness businesses across the globe.

The Bellevue, Wash-based company joins an elite group of Seattle-area startups valued at more than $1 billion, including five — Convoy, Auth0, Outreach, Qumulo, Remitly — that reached “unicorn” status over the past two years.

Zenoti has flown somewhat under-the-radar since two brothers came up with the idea for the business back in 2011.

8. After a blockbuster IPO, DoorDash’s challenge now is to deliver profits | Fortune

Down the street from Stanford University, 20 young techies crammed into a two-bedroom apartment that served as their office. Their furniture, bought on the cheap, included a lipstick-red couch, mismatched tables, and folding chairs.

“Everyone in the company did deliveries—it didn’t matter what you were,” said Tony Xu, CEO of the delivery upstart, DoorDash. Back then, it was about “trying to become an expert early on.”

Seven years later, DoorDash has become the biggest player in U.S. food delivery. And last week, amid a food delivery boom fueled by the coronavirus pandemic, it became a newly minted public company.

Still, DoorDash must prove that its growth during the pandemic was no fluke. Other than a profitable blip in one recent quarter, it has hemorrhaged money for years, losing $204 million in 2018, $667 million in 2019, and, in the first nine months of this year, $149 million.

The COVID-19 pandemic is likely to come to an end in 2021, but that doesn’t mean New York City’s biggest employers—the megabanks and Wall Street firms—are rushing to return to the Big Apple.

FOX Business has learned that even with a vaccine that could allow city employers to filter all their workers back into Manhattan offices by late spring, every major Wall Street firm is drawing up plans to significantly slash its presence in the city for the foreseeable future.

The diminished workforce is a function of several factors, bankers and Wall Street lobbyists tell FOX Business. Those factors include the now proven ability to work outside the office – which in low-cost states like Florida and Texas — could slash already high Manhattan real estate costs.

But maybe the biggest factor, these people say, is a lack of faith in the ruling political class in New York.

Bankers are blaming New York City Mayor Bill de Blasio for allowing crime to reach new highs during the pandemic, and Gov. Andrew Cuomo for brutal lockdowns that have decimated the small businesses and quality of life in the city.

Earlier today both Cuomo and de Blasio, warned full shutdowns may be ahead.

On this week’s episode of The Dealmaker Zone, Steve Nson has a frank and candid conversation with real estate legend Don Peebles on the Presidential election, what President-Elect Biden has to do for the black community, the state of the real estate market and the post- Covid reality for cities like New York and Miami. 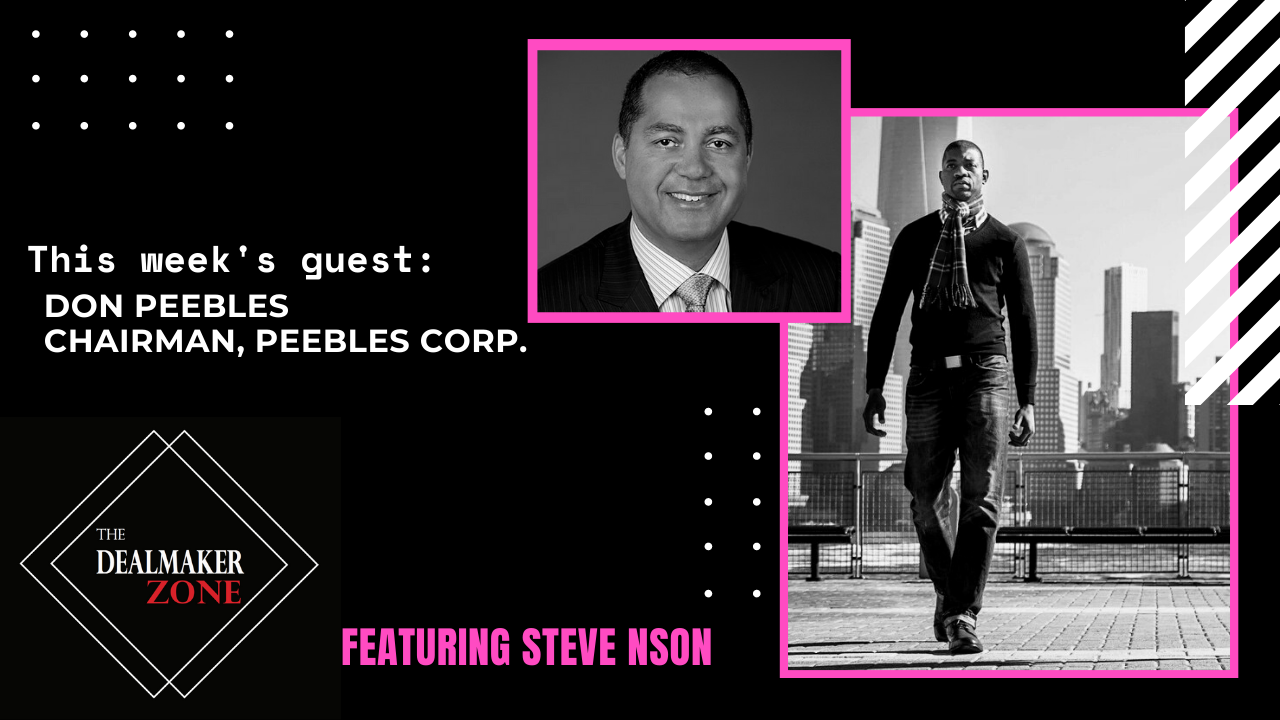