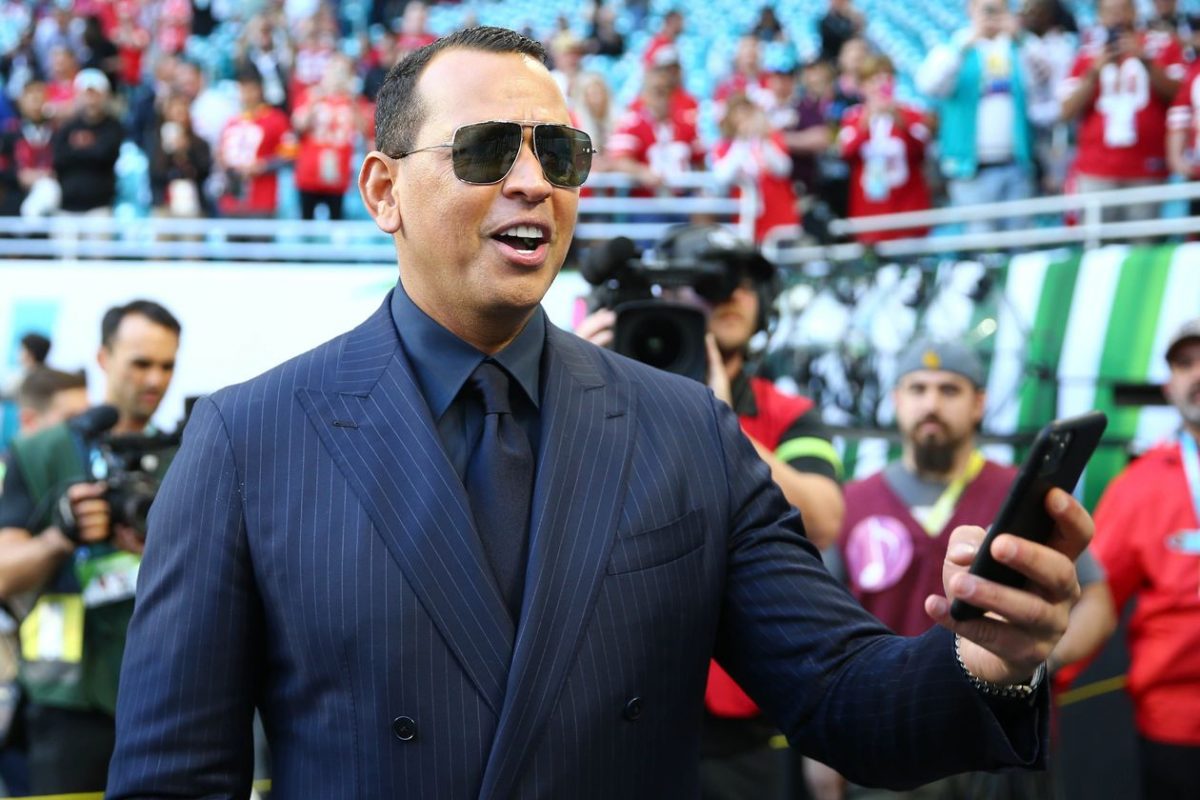 Baseball legend Alex Rodriguez is teaming with a Miami private-equity firm to invest more than a half-billion dollars in buying or developing hotels at a time when the industry has been ravaged by the pandemic.

The former New York Yankee known as A-Rod said he is joining CGI Merchant Group in its new hotel investment fund, which the firm launched this month. The venture aims to raise $650 million to acquire and develop properties in partnership with Hilton Worldwide Holdings Inc. brands. Maverick Commercial Properties, a New York brokerage, will also be part of the venture.

Mr. Rodriguez has been a real-estate investor for many years, going back to his playing days. He founded his own real-estate investment company in 2003, the year before he played his first game for the Bronx Bombers. His Monument Capital Management has made more than $800 million worth of property acquisitions in more than a dozen states, according to its website. Mr. Rodriguez will invest some of his personal money in the hotel fund and help source deals.

He said investing in hotels right now is a way to capitalize on a travel rebound once the pandemic is under control. “We believe we can acquire assets that are strategically positioned to be in the top-performing percentile once restrictions are eased,” the 14-time All Star and 2009 World Series Champion said. 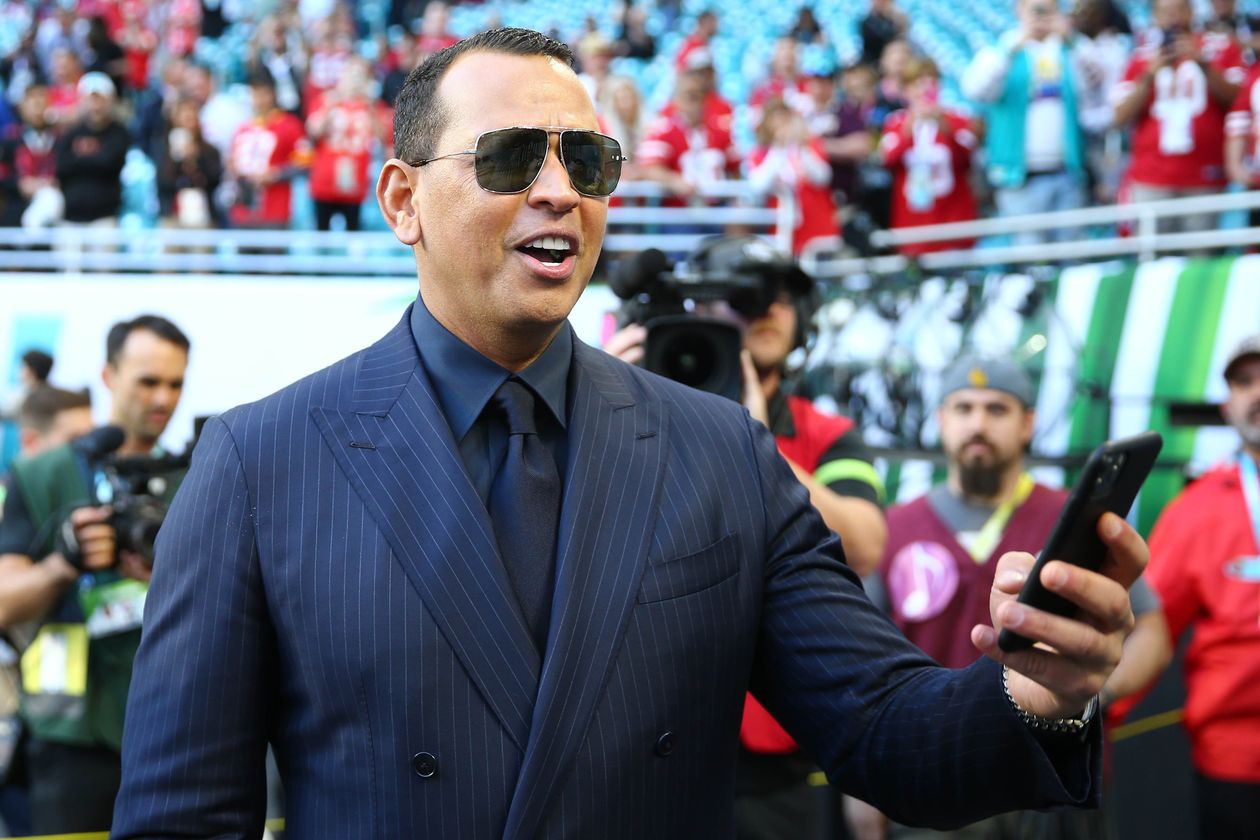 Vacancies are starting to soar, as many companies work remotely

Empty co-working spaces are helping push office vacancies in big cities to levels not seen in decades, threatening the commercial-property sector’s reputation as a haven for investors.

Office buildings are often considered relatively protected from economic shocks because most tenants are locked into long-term leases of five years and often more. Landlords could count on steady income even at times when corporate profits are down.

The rise of co-working and other forms of flexible, short-term office space is starting to change that dynamic. These spaces make up a growing share of the office market in cities like New York, San Francisco and Los Angeles. Because co-working leases typically last only a few months to a year, vacancies are starting to soar when many companies are working remotely.

With storefronts largely empty of customers for the last 10 months, some fear a commercial real estate apocalypse is upon us. But one sector has thrived before Covid-19, during the pandemic, and likely will after: commercial lab space.

According to an October report from CBRE, a commercial real estate company based in Washington DC, commercial lab space for US biotech and life science companies has grown by about 12% this year. Labs currently occupy about 95 million square feet, with 11 million more under construction.

Warren Buffett is warning Congress that it needs to stop dithering on economic stimulus or risk the future of American small business.

The Oracle of Omaha teamed up with Goldman Sachs chief David Solomon Tuesday morning to put the screws to politicians who have yet to put through a second round of pandemic relief funding despite the fact that the coronavirus is ravaging the nation and pushing many small businesses over the brink.

“It’s an economic war,” exclaimed the totemic 90-year-old investor during an interview with CNBC. “We’ve shut down a lot of people in this induced recession and others are prospering, and I think the country owes it to the millions of small business people.”

Solomon echoed Buffett’s message, expressing optimism in the release of vaccines this week but cautioning that 50 percent of the participants in Goldman’s “10,000 Small Businesses” program have stopped paying their staff.

It was a shocking, and seemingly improbable, figure.

Eight months into the pandemic — and the brutal economic collapse it triggered — California’s budget watchdog said the state was poised to pocket a windfall of some $26 billion. Just as New York and Connecticut had revealed weeks earlier, tax revenue was coming in at a clip no one expected, thanks in part to the booming stock market.

And so it has largely played out across the country this year, albeit to a smaller extent in many of the less well-to-do states. The fiscal apocalypse expected to blow massive holes in state budgets hasn’t come — at least not yet.

This in turn is providing fuel to the argument made by some Republicans that additional federal aid for states and municipalities can wait until next year instead of being settled in the relief package that’s being heatedly debated in Washington now. As the two sides finally close in on a possible deal, this aid remains one of the key sticking points.

6. Vise, a company founded by two high school graduates, raises $45 million in funding with Sequoia at the helm | Fortune

So-called robo-advisers may be all the rage, but Sequoia Capital is betting that humans will still hold a prominent place in helping people make investment decisions.

On Tuesday, the Sand Hill Road firm led a $45 million Series B round of funding in Vise, a startup that seeks to automate time-consuming tasks for independent investment advisers while also creating individualized portfolios for their clients with the help of A.I.

Founded roughly four year ago by Samir Vasavada and Runik Mehrotra, now both 20, the company that raised its Series A round just some seven months ago is preparing once again to bulk up amid continued growth through the pandemic. Now with about 50 employees, the company hopes to hire another 50 by early next year. Investors in the December round also include Allen & Company, Greenoaks Capital, Creative Artists Agency cofounder Michael Ovitz, and Nikesh Arora, CEO of Palo Alto Networks.

7. MacKenzie Scott gives $4B to 384 organizations as she calls pandemic a ‘wrecking ball’ for Americans | GeekWire

MacKenzie Scott has made her second large philanthropic gift of the year, giving more than $4 billion to 384 organizations as part of her pledge to give away the majority of her wealth.

Scott, the former wife of Amazon CEO Jeff Bezos, wrote about her efforts on Tuesday in a new Medium post titled “384 Ways to Help.”

She keyed on the destruction caused by the COVID-19 pandemic, calling it a “wrecking ball in the lives of Americans already struggling” — and calling out how some have gotten richer during the ongoing crisis.

“Economic losses and health outcomes alike have been worse for women, for people of color, and for people living in poverty,” Scott said. “Meanwhile, it has substantially increased the wealth of billionaires.”

Scott herself is No. 18 on the Bloomberg Billionaires Index of the world’s 500 richest people, with a net worth of $60.7 billion. Bezos sits at the top of the list at $185 billion as online shopping during the pandemic has only added to his immense wealth — up $70 billion year-over-year, according to Bloomberg.

The proposed new tunnels would make it possible to go from the Las Vegas Convention Center to Mandalay Bay in just three minutes, as opposed to 30 minutes by surface roads during peak traffic hours, the company claims.

The plans, first reported by the Las Vegas Review-Journal, were detailed in proposals submitted to Clark County officials on Monday. The Boring Company’s expansion push comes just days after the Las Vegas Convention and Visitors Authority (LVCVA) finished buying the Las Vegas Monorail, which filed for bankruptcy in September after shutting down in March.

Luxury real estate specialist Katrina Campins told “Mornings with Maria” on Tuesday that Miami has become a “hot spot” for those relocating from other big cities amid the coronavirus pandemic.

Campins, who founded boutique real estate brokerage firm The Campins Company, noted that celebrities and top executives in the financial sector have been relocating to Miami since the pandemic started for several reasons, including “the policies in places like New York and California.”

She pointed out that she has also helped relocate financial firms, which are opening offices in Miami.

Campins said because of all the companies and people interested in moving to South Florida “real estate prices are increasing tremendously.”

Ivanka Trump and Jared Kushner have reportedly purchased a more than $30 million lot of land on an exclusive island community in Miami Beach called Indian Creek Island, also referred to as the “Billionaire Bunker,” according to Page Six.

The private, guarded and gated community boasts a 13-man police force for just 29 residences, according to the New York Post, which added that it is believed that the couple purchased the lot owned by Julio Iglesias to build a bayfront estate. The sale reportedly closes on Thursday.

Akon may not be lonely for much longer. The famed R&B singer is going ahead with plans to build a new $6 billion smart city in Senegal where nationals can live and work—and where members of the African Diaspora will always be welcome.

The 47-year-old Senegalese American singer, known for hits like “Smack That” and “Lonely,” has confirmed that construction on “Akon City” will begin next year despite the pandemic’s devastating effects on global tourism. The 2,000-acre metropolis, which was first touted by the singer back in 2018, will feature a sprawling luxury resort, high-rise condos, recording studios, a stadium, and even its own cryptocurrency, “Akoin.”

The oasis is also expected to run on clean energy—no doubt supplied by the singer’s Akon Lighting Africa, which backs solar energy projects in rural areas—plus features an artificial intelligence data center. Naturally, the new city will have a futuristic aesthetic to match the cutting-edge tech. Penned by Bakri & Associates Development Consultants, the city is characterized by gleaming structures that have an almost Surrealist feel. In fact, the renderings look like the backdrop of a Ridley Scott film.