A lawsuit backed by the National Apartment Association and other challenges aim to undo the national eviction moratorium ordered by the CDC.

In September, the Trump administration announced a national moratorium on evictions, via an order by the Centers for Disease Control and Prevention aimed at reducing the spread of coronavirus. The four-month temporary suspension applies to any tenant who can’t make rent due to economic conditions and who presents a written declaration about their circumstances to their landlord.

But the CDC ban now faces legal challenges on multiple fronts, even as landlords continue to routinely file evictions for nonpayment of rent — the very outcome that the order was designed to prevent.

On Oct. 20, the U.S. District Court for the Northern District of Georgia heard the first case against the moratorium, Richard Lee Brown, et al. v. Secretary Alex Azar, et al.. That challenge, brought by a nonprofit called the New Civil Liberties Alliance, has been joined by the National Apartment Association, which represents some 85,000 landlords responsible for 10 million rental units. Lawyers and scholars working on behalf of plaintiffs in the cases say that the CDC lacks the constitutional authority to enact a policy affecting rents. 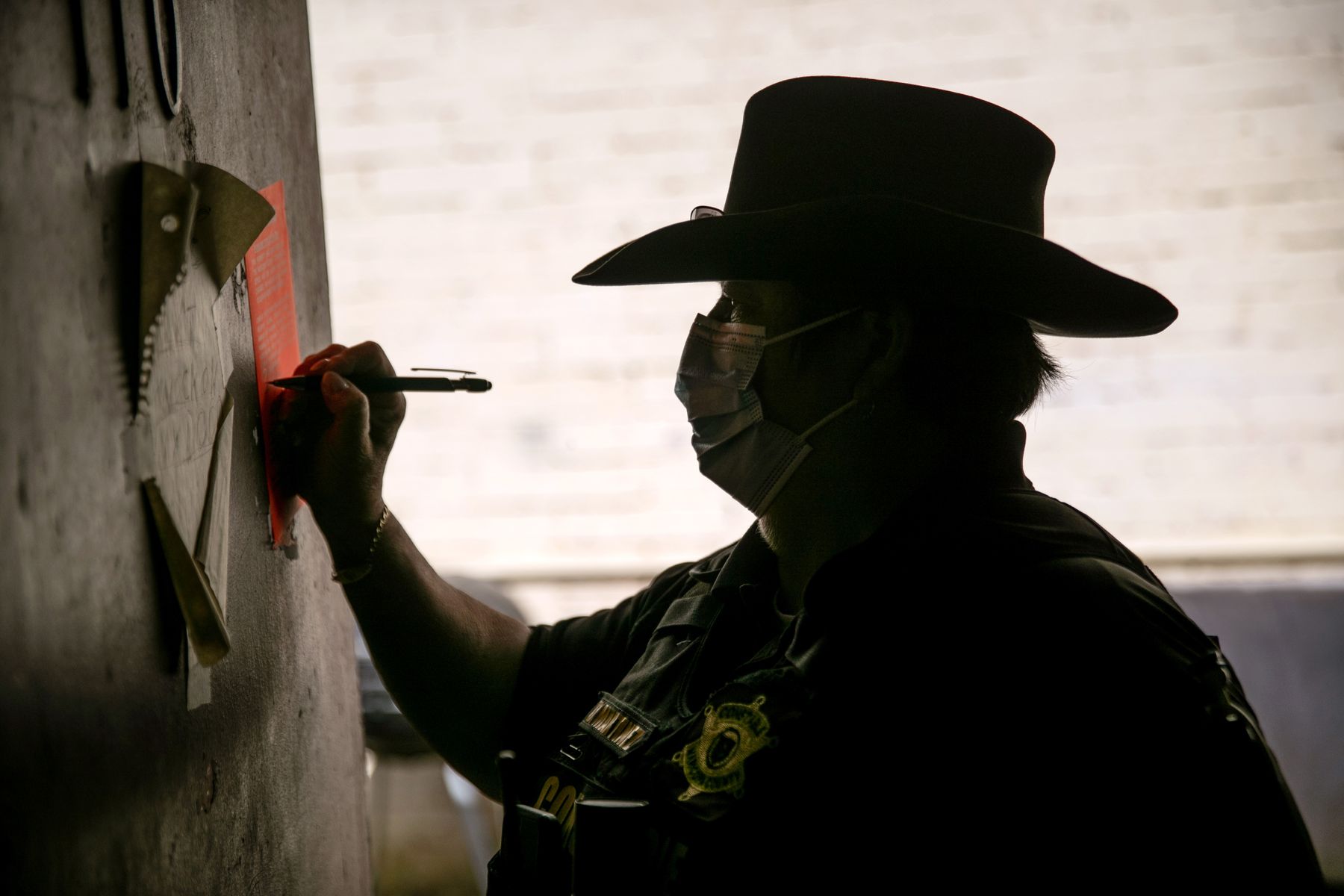 Spencer Rascoff knows quite a bit about taking a company public. He helped launch Zillow in 2005 and led the Seattle real estate giant through an IPO in 2011. Rascoff was on the board of Zulily when the online retailer went public in 2013, and is a board member at Palantir, which completed its IPO last month.

Now, the former Zillow Group CEO is trying his hand at one of the hottest trends in tech today: SPACs, or special purpose acquisition companies.

Also known as “blank check” companies, SPACs typically do not have an established business and are used to raise funds via public offering for a future merger or acquisition by a specific deadline.

Rascoff, along with a group of veteran tech execs and investors, just raised $350 million for its SPAC: Supernova Partners Acquisition Company (SPNV-UN). There was high demand as the company increased its initial offering by $50 million.

More companies such as Zillow rival OpenDoor and DraftKings are using the tactic as an alternative to the traditional IPO process. There have been 151 SPACs this year, up from 59 last year, according to SPACInsider. The Wall Street Journal reported this week that “SPACs could be the bubble that never quite pops.”

Home sales rose to a new 14-year high in September, bolstered by robust demand and a shortage of homes for sale that is making the housing market one of the brightest spots for the U.S. economy.

Existing-home sales rose 9.4% in September from August to a seasonally adjusted annual rate of 6.54 million, the highest rate since May 2006, the National Association of Realtors said Thursday. The September sales marked a 20.9% increase from a year earlier.

4. Hedge Fund Magnate Is Moving His $41 Billion Firm From N.Y. to Florida | The New York Times

The firm, Elliott Management, led by Paul Singer, will transfer its headquarters to West Palm Beach, Fla., because of the pandemic.

For more than 40 years, Paul E. Singer has helped cement New York City’s reputation as a global financial capital as the founder of Elliott Management, a hedge fund with $41 billion in assets whose offices overlook Central Park.

But on Wednesday, Mr. Singer, a billionaire who is one of the wealthiest people in the United States, revealed that he was moving his firm’s headquarters from Midtown Manhattan to West Palm Beach, Fla.

The decision to leave New York was prompted by the pandemic and the uncertainty over the future of Manhattan offices, a person familiar with the move said.

Mr. Singer himself, however, will remain in the Northeast, and Elliott will keep offices and some employees in New York, said the person, who was not authorized to publicly discuss the firm’s plans.

Even though 2020 has been a tough year for restaurants, thousands of new establishments opened their doors in September, according to new data.

On Thursday, Yelp published its third-quarter Economic Average report, which found that restaurants are opening “at a higher rate than one might expect” during the coronavirus pandemic.

In fact, 6,497 new restaurants and food businesses opened in September, according to the data. That’s only 100 fewer than the number of new restaurant openings in the same time period last year.

Paris (CNN Business)If businesses are to get reluctant workers back into the office, finding ways to maintain social distancing will be key. An Israeli company thinks it can help, using smart sensors mounted on workplace ceilings.

PointGrab developed its technology before the pandemic to help workspace managers optimize how employees use office space. About the size of a smoke alarm, the sensors can record the exact number and location of people in buildings including offices, hotels and restaurants.

One of the company’s first clients was Deloitte, which installed the system at its flagship London office last year. PointGrab’s sensors were connected to screens in the building to show the availability of desks and shared areas in real time. PointGrab CEO Doron Shachar says it was one of a range of innovations that helped Deloitte fit 30% more people into 3% less space.

Another tech-fueled real estate startup has arrived on the scene in Seattle.

Arrived Homes is a crowdfunding platform that allows anyone to purchase shares of rental properties and earn a passive income while the company handles everything from property acquisition to necessary improvements and management of daily operations.

The startup was co-founded by a trio of tech veterans, including CEO Ryan Frazier, formerly of Simply Measured and Sprout Social; CTO Kenny Cason, also from Simply Measured; and COO Alejandro Chouza, who headed up offices for Oyo and Uber. Real estate vet Joel Mezistrano is also part of the team as CFO.

The company got off the ground more than a year ago, but is announcing for the first time this week that it has posted its first few homes for investment. It’s an idea that had been in the works for some time, as Frazier said friends and family were always looking for the right way to invest in real estate without having to put $50,000 into a single home.

This piece explores how Tom John Or-Paz is launching a new class of branded real estate for people with an appreciation for art with his new company, LightArt

The concept of branded real estate is not entirely new. Hoteliers such as Marriott and Hilton have been offering branded real estate properties to people who want to live in a place outfitted with the concierge services of hotels for several years. In fact, you will find hotel branded residences in more than 180 locations and 64 countries globally.

Lunar, the Nordic challenger bank that started out life as a personal finance manager app (PFM) but acquired a full banking license in 2019, has raised €40 million in Series C funding from existing investors.

The injection of capital follows a €20 million Series B disclosed in April this yearand comes on the back of Lunar rolling out Pro paid-for subscriptions — similar to a number of other challenger banks in Europe — personal consumer loans, and the launch of business bank accounts in August.

The latter appears to have been an instant success, perhaps proof there is — like in the U.K. — pent up demand for more accessible banking for sole traders. Just months since launching in Denmark, Lunar Business claims to have signed up more than 50% of all newly founded sole trader businesses in the country.

I’m also told that Lunar has seen “best-in-class” user engagement with users spending €1,100 per month versus what the bank says is a €212 EU average for card transactions. Overall, the bank has 5,000 business users and 200,000 private users across Denmark, Sweden and Norway.

Motional, the joint autonomous vehicle venture from Aptiv and Hyundai, today announced the resumption of its self-driving mobility service with Lyft in Las Vegas after pausing operations due to the pandemic. Passengers will ride in new Motional-branded robo-taxis starting this week, and Motional says it will prioritize safety and protective measures to keep the fleet sanitized.

Some experts predict the pandemic will hasten the adoption of autonomous transportation technologies. Despite needing disinfection, driverless cars can arguably minimize the risk of spreading disease. But surveys are mixed, with one from Partners for Automated Vehicle

Education showing nearly three in four Americans believe autonomous cars aren’t ready for prime time. Unsurprisingly, Motional itself disagrees with this assertion. One-fifth of respondents to its Consumer Mobility Report are “more interested” in autonomous vehicles than they were before the pandemic, the company says.