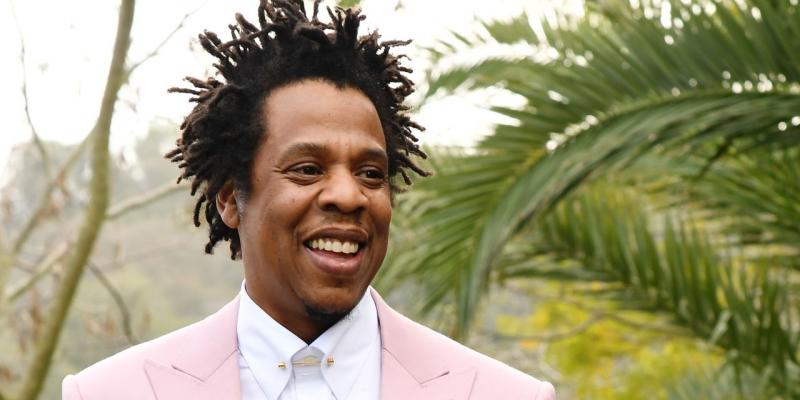 Rapper creates $10 million fund for startups, saying people of color have missed out on marijuana boom

Jay-Z is launching a fund to invest in minority-owned cannabis startups to bolster Black participation in the industry.

The rapper and entrepreneur says he is motivated by an imbalance in the marijuana business: People of color, who have been disproportionately punished for involvement in the drug where it is illegal, comprise only a small number of those making money from the multibillion-dollar market in legalized pot.

“It’s really unbelievable how that can happen,” said the musical artist, born Shawn Carter. “We were the ones most negatively affected by the war on drugs, and America has turned around and created a business from it that’s worth billions.”

In the 25 years since California first legalized medical marijuana, cannabis has grown into a $20 billion legal business in the country that could surpass the $70 billion market for U.S. wine by 2030, according to an estimate by the New York investment bank Cowen & Co.

2. Developers Want Malls to Become Warehouses or Offices. It Is a Slog. | WSJ

Many developers look at failing malls and envision modern office campuses, bustling warehouses or residential buildings. But some are finding that converting these shopping centers isn’t so easy.

Repurposing a mall is expensive. New owners typically need to shell out hundreds of millions of dollars on construction and labor, developers and brokers say.

Razing and redeveloping a space that spans dozens of football fields is filled with potential land mines. The new investor may own the mall but not the department stores or parcels in the parking lot, which means an owner needs their approval. Owners will also need to seek rezoning and entitlements permits that can take years, during which economic conditions can deteriorate.

Consequently, many recent conversion efforts have gone awry, forcing the owner to sell the property at a discount. In other cases, local government authorities have lost patience and bought the owners out.

3. Offices are the top choice for Asia-Pacific property investors in 2021, survey finds | CNBC

SINGAPORE — Real estate investors in Asia-Pacific are most likely to put money into offices in 2021, with 31% of respondents choosing the sector over other market segments in a recent survey.

That’s despite huge changes to workplaces following the coronavirus pandemic, such as work-from-home arrangements becoming the norm last year.

More than half of the respondents in Sydney and Melbourne said they like offices as an investment opportunity this year, along with 42% of Singapore’s survey respondents, according to property investment firm Colliers International’s Global Capital Markets 2021 Investor Outlook.

“In this uncertain environment, investors will prefer to deploy capital into lower risk opportunities,” said Terence Tang, a managing director at Colliers. “Tier one city offices remain the asset of choice,” he added.

Donald Trump’s empire has been hit hard by coronavirus closures, with revenue from his Washington and Las Vegas hotels down by more than half.

In his last financial disclosure form as president, Trump detailed the damage the pandemic has wrought, at a time when many tourism businesses are suffering from a lack of travelers. As president, the real-estate magnate resisted policies to slow the pandemic through mask-wearing, and insisted it remained safe for people to travel domestically.

His golf courses in the U.K. and Ireland saw revenue drop by roughly two-thirds, part of a 27% overall decline in golfing revenue from the prior year.

Investment giant BlackRock filed documents with the Securities and Exchange Commission showing that it wants to include cash-settled Bitcoin futures as eligible investments for two of its funds—the latest instance of a major financial institution dipping a toe into cryptocurrencies.

Two new filings, for the BlackRock Global Allocation Fund and the BlackRock Strategic Income Opportunities Portfolio, state that “certain funds may engage in futures contracts based on bitcoin.”

The filings add that the only bitcoin investments the funds will be allowed to buy are “cash-settled bitcoin futures traded on commodity exchanges registered with the CFTC.”

The regulatory filings are not a guarantee that BlackRock will add bitcoin futures to the new funds, but they are a sign that the investment giant is considering them.

Stocks soared on Wednesday as President Joe Biden was inaugurated as the 46th President of the United States. And according to LPL’s Ryan Detrick, it was a historic day in more ways than one.

The S&P 500’s performance on Wednesday—when it closed up almost 1.4%—was the largest Inauguration Day pop since 1985, when the S&P 500 rose 2.3% on the start of President Ronald Reagan’s second term, according to LPL Financial data. It also handily beat the 0.3% jump experienced by the index during the inauguration of President Donald Trump in 2017.

What’s more, after Biden’s election, stocks gained 14.3% between Election Day and Inauguration Day, the biggest jump ever, topping that of President Hoover (13.3%) in 1929.

Europe’s downtown office buildings are empty, and malls and main streets are deserted, yet the biggest landlords are staying afloat during the Covid-19 pandemic thanks to robust central-bank buying of bonds backed by property debt.

Some worry that the policy is obscuring long-term pain should workers and shoppers never return in their pre-coronavirus numbers.

Shares in Unibail Rodamco Westfield SE, one of Europe’s largest commercial real-estate investment trusts and the owner of malls, offices, hotels and exhibition centers, are down by more than 50% from this time last year.

Unibail’s debt, however, is holding up fine. The yield on a 5-year bond issued by its real-estate development business was at 1.67% on Tuesday, more than a full percentage point lower than a year earlier. The European Central Bank last bought bonds issued by Unibail in the week of Jan. 8, according to public filings.

Janet Yellen, Joe Biden’s pick for the Treasury Secretary, has revealed her policy for cryptocurrencies, including bitcoin. She claims that cryptocurrencies are mainly used for illicit financing and their use needs to be curtailed.

In the Senate hearing to consider Janet Yellen’s nomination as Secretary of the Treasury on Tuesday, Yellen was asked about cryptocurrencies. She is Joe Biden’s pick to lead the Treasury Department under his administration.

The crypto question was asked by Senator Maggie Hassan (D-NH), who talked about “the importance of treasury programs to combat the financing of terrorists and criminal organizations.” She said she had raised the issue in previous hearings with Treasury Secretary Steven Mnuchin.

“The bipartisan National Defense Authorization Act passed earlier this month and it included a provision led by Senator Warner that established an advisory group with Treasury to counter new ways that terrorists use emerging financial technology,” she began. “One area of growing concern, for example, is the potential for terrorists and criminals to use cryptocurrency to finance their activities.”

9. Companies Are Shedding Their Real Estate Footprint In Droves | Forbes

The data does not lie. The great real estate contraction is upon us.

Wherever you look on the planet, companies are shedding their real estate square footage. There is irrefutable proof that the pandemic is shifting the way of work right before our eyes.

Not only are downtown centers currently mimicking more of a ghost town than a bustling hive of entrepreneurialism, but they also won’t look anything like what they did pre-pandemic once the virus has been adequately neutralized.

We may never go back to the way it was. If that is the case, senior leaders should be preparing for dramatically different workplace practices post-pandemic.

Cast your eyes to Asia, and you’ll find a similar pattern to that of North America. In Ho Chi Minh City (HCMC), grade A office buildings’ vacancy rate increased to over 18 percent by the end of 2020 from 4 percent pre-pandemic. Worse, rents have plummeted by roughly 50 percent in terms of the per square meter per month cost. According to reports, the Metro Manila office vacancy is forecast to increase to 14 percent this year.

In final hours in power, president grants clemency to 143 convicts and defendants

In his final hours in office, President Donald Trump granted pardons to dozens of friends, partners and executives, including several from the real estate world.

One went to Eliyahu Weinstein, who was sentenced to prison in 2014. He and his company, Pine Projects, were convicted for a Ponzi scheme that resulted in $200 million in losses. His jail sentence of 264 months was commuted, according to the New York Times.

Another was received by Miami developer Robert Zangrillo, who was convicted as part of Operation Varsity Blues, a federal investigation that found affluent Americans cheating to get their children into colleges. Zangrillo had conspired with a consultant to bribe athletic officials at the University of Southern California to designate his daughter as a recruit to the crew team. He received a pardon.