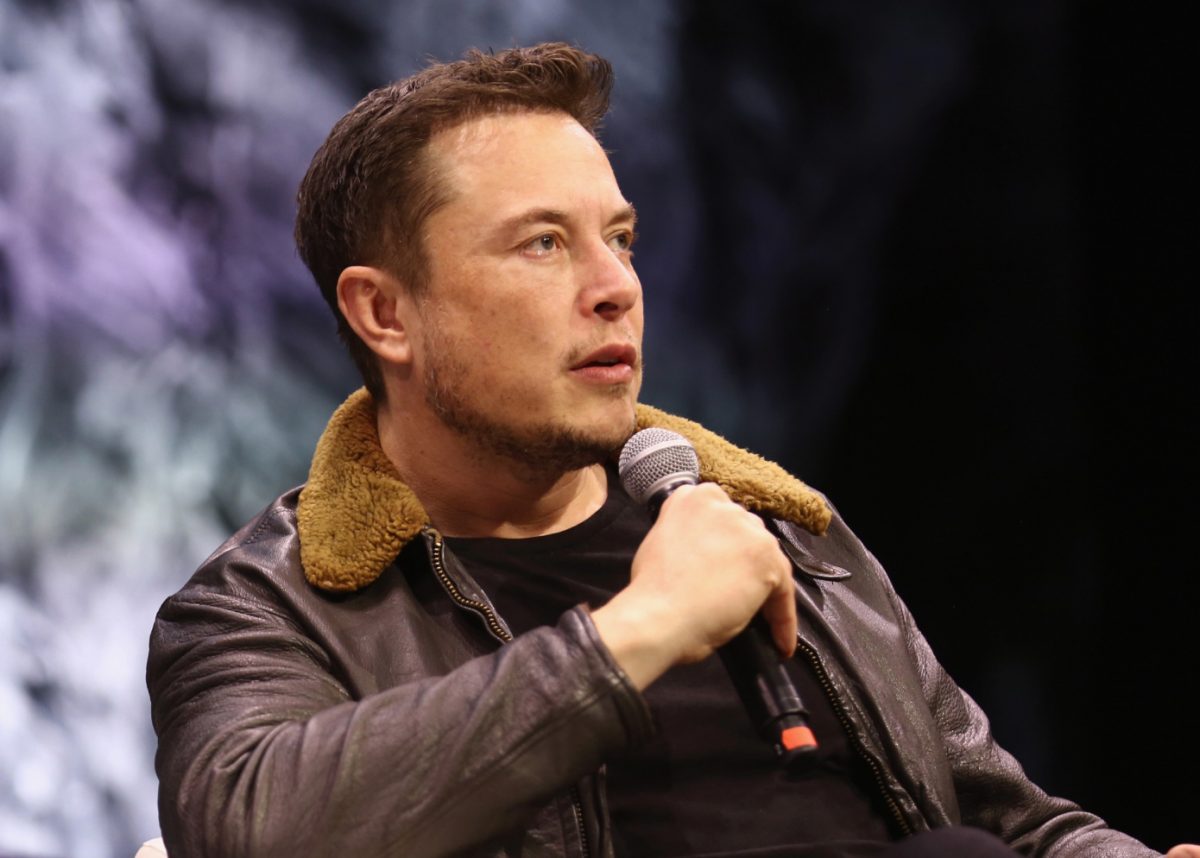 Elon Musk said Thursday via a tweet that he will donate $100 million toward a prize for the best carbon capture technology.

Musk, who recently surpassed Amazon’s Jeff Bezos to become the world’s richest person, didn’t provide any more details except to add in an accompanying tweet the “details will come next week.”  Updated: A person familiar with the plan has told TechCrunch that this will be connected to Xprize Foundation, the non-profit organization that host competitions aimed at encouraging technological development and innovation.

The broad definition of carbon capture and storage is as the name implies. Waste carbon dioxide emitted at a refinery or factory is captured at the source and then stored in an aim to remove the potential harmful byproduct from the environment and mitigate climate change. It’s not a new pursuit and numerous companies have popped up over the past two decades with varying means of achieving the same end goal. 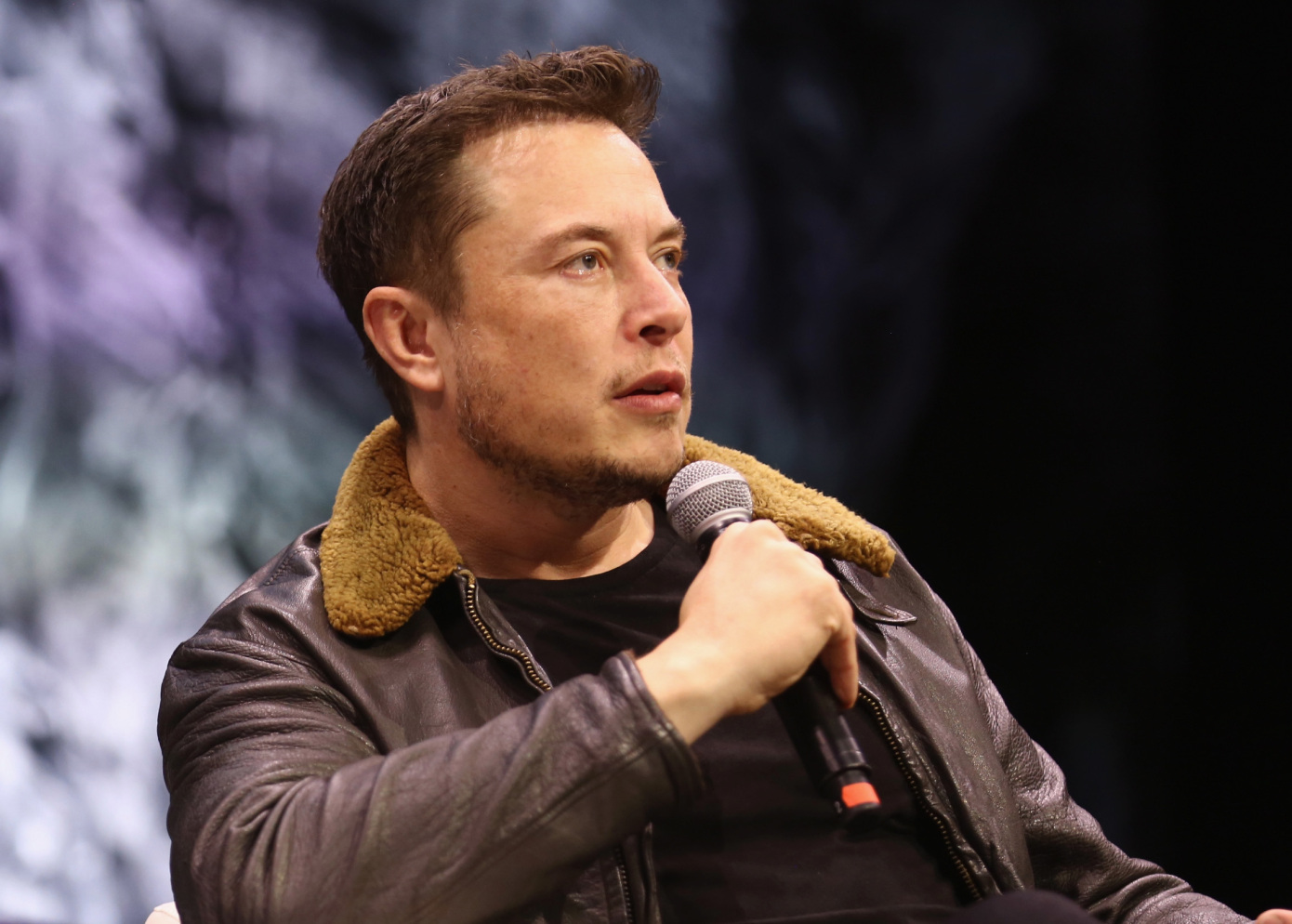 2. Hedge Funds’ Bets on Fannie and Freddie Cause Pain | WSJ

The end of the Trump administration is the end of the best hope for hedge-fund investors in a long and painful trade: Betting that Fannie Mae FNMA -2.14% and Freddie Mac FMCC -2.96% would one day be returned to private hands.

A long list of investors has bet that policy makers would eventually privatize the companies, and that once that path became clear, the value of the shares in these companies would increase dramatically. Most hedge funds hold preferred shares that carry a dividend. These shares are junior to the government’s stake and thus don’t get paid dividends until after the government is paid. So their value is greatly diminished by the large stake the government retains.

President Joe Biden’s allies in the business community have been meeting to craft a set of proposals, including a potential carbon tax, to help pay for an expected $2 trillion infrastructure plan.

One of those efforts, which started just after Biden was declared the winner of the election in late November, is being led by longtime Biden ally and New York business leader Dennis Mehiel, along with former Dow Chemical CEO Andrew Liveris, according to a person with direct knowledge of the matter.

Mehiel and Liveris have been reaching out to business leaders across the country to discuss ways they believe the Biden administration and Congress could move ahead with funding mechanisms for such a large-scale proposal, this person noted.

The plan is expected to come together after a few months, while Biden focuses on the Covid-19 pandemic and economic relief.

4. Selling an Apartment in Manhattan? Get Ready for a Long Ride | Bloomberg

The sales data are based on condo, co-op, townhouse and single-family home transactions during the quarter, according to StreetEasy’s analysis of records from the New York City Department of Finance. Due to a delay between the closing date and when a sale is recorded by the Department of Finance, the data may not include all closings during the quarter.

If you start to feel warm — with a sudden urge to hop out of the stock market — there might be a reason for that.

A prominent hedge-fund tycoon said investors are like frogs who are getting slowly boiled in a pot as he warned of the risks of easy money from the US government to offset economic damage from the pandemic.

Billionaire Seth Klarman — whose letters to clients of his Boston-based fund Baupost Group are closely read on Wall Street — said the Fed’s pandemic-fueled policies of keeping rates close to zero have not stimulated the economy but instead sent the market flying beyond reason and made investors recklessly unafraid of risk.

6. Amazon will host a pop-up COVID-19 vaccination clinic at its headquarters in Seattle | GeekWire

Amazon is using its headquarters in Seattle as a COVID-19 vaccination site.

The tech giant is partnering with Virginia Mason for a one-day pop-up clinic on Sunday Jan. 24 that aims to vaccinate 2,000 people at the company’s Amazon Meeting Center near downtown Seattle. Virginia Mason is handling vaccine administration, while Amazon is providing the location and help with logistics.

Those interested and eligible for a vaccine can sign-up on the waitlist here. People can use the state’s Phase Finder online tool to check eligibility. The state is currently in its Phase 1B tier of vaccine distribution, which includes anyone 65 and older and people 50 and older who live in a multigenerational household.

Fifth Wall is officially in the SPAC market and looking to raise $250 million for a new blank-check company.

The Los Angeles-based firm said in a regulatory filing that it will issue 25 million shares of its new special purpose acquisition company at $10 per share. Goldman Sachs and Deutsche Bank are underwriting the deal.

Headed by Blackstone Group alumni Brendan Wallace and Brad Greiwe, Fifth Wall is already one of the best-funded proptech VCs, with $1.3 billion in committed capital.

Last weekend, Elon Musk claimed that he’d had a conversation with Florida Governor Ron DeSantis about his Boring Company project, which builds very short, very small tunnels for cars. “Cars & trucks stuck in traffic generate megatons of toxic gases & particulate, but @boringcompany road tunnels under Miami would solve traffic & be an example to the world,” he tweeted. “If Governor & Mayor want this done, we will do it.” This was at 4 a.m. Miami time, but almost immediately, the city’s mayor, Francis Suarez, tweeted his approval: “Count me in,” he said, calling Musk’s plan a “no brainer.”

Now before we write this off as yet another example of Musk’s perpetual grift of making empty promises to city leaders that are amplified by his 42.6 million followers, let’s consider that there might be a reason why Miami doesn’t have a subway. Or why many of its homes are built without basements. Or why the city has already spent hundreds of millions of dollars just to make its streets navigable to cars today — building a pump system to mitigate the flooding Miami now faces even when no storms are on the horizon.

Crown PropTech Acquisitions, a blank check company targeting real estate technology, filed on Thursday with the SEC to raise up to $200 million in an initial public offering.

The New York, NY-based company plans to raise $200 million by offering 20 million units at $10. Each unit will consist of one share of common stock and one-third of a warrant, exercisable at $11.50. At the proposed deal size, Crown PropTech Acquisition will command a market value of $250 million.

The company is led by CEO and Director Richard Chera, who co-founded Rewyre in 2020 and has served as co-founder and Senior Managing Director of Crown Acquisitions since 2004. He is joined by CFO and Director Pius Sprenger, who previously was Head of Structuring at Cantor Fitzgerald from 2018 to 2020. Crown PropTech Acquisition intends to concentrate on businesses that provide technological innovation to the broader real estate ecosystem.

10. What Pandemic? Israeli Proptech Companies Eager to Make It in the Big Apple | the Algemeiner

CTech – “The global pandemic is shaking some long-lasting paradigms and conventions in the real estate world, forcing players in this industry to be more open than ever to transformation and the role that technology can play in these changes,” said Ori Kaufman-Gafter, Head of International and Tech Banking at Bank Leumi, USA when discussing proptech and Israel’s natural attraction to New York City.

Speaking at PropTech Zone in NYC, leading industry figures gathered to discuss Israel’s ever-growing presence in New York City as it related to the Proptech sector. Guy Franklin, Founder of Israeli Mapped in NY, was joined by PropTech Zone’s Michal Gologorsky, Tulu’s Yael Shemer, and Knock’s Erez Cohen, among others.