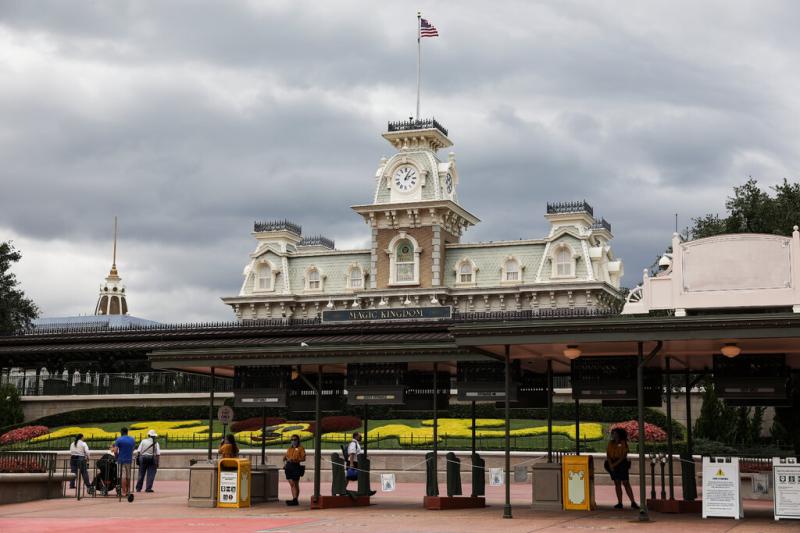 The company said it would eliminate thousands of jobs at its resorts in Florida and California, which have been hit hard by the pandemic.

LOS ANGELES — For six months, Disney has kept tens of thousands of theme park workers on furlough with full health-care benefits in hopes that a light at the end of the pandemic tunnel would appear. On Tuesday, Disney conceded that none was coming.

The company’s theme park division said it would eliminate 28,000 jobs in the United States. Theme parks will account for most of the layoffs, although Disney Cruise Line and Disney’s retail stores will also be affected.

“As heartbreaking as it is to take this action, this is the only feasible option we have in light of the prolonged impact of Covid-19 on our business, including limited capacity due to physical distancing requirements and the continued uncertainty regarding the duration of the pandemic,” Josh D’Amaro, chairman of Disney Parks, Experiences and Products, said in an email to “cast members,” Disney’s term for its theme park workers.

About 67 percent of the layoffs will involve part-time jobs that pay by the hour. However, executives and salaried workers will also be among those laid off. Disney’s theme parks in California and Florida employed roughly 110,000 people before the pandemic. The job cuts will come from both resorts.

Through June, 18 retailers have filed for chapter 11, mostly those selling apparel, footwear and home furnishings

Retail store closings in the U.S. reached a record in the first half of 2020 and the year is on pace for record bankruptcies and liquidations as the Covid-19 pandemic accelerates industry changes, particularly the shift to online shopping, according to a report on the downturn’s severity.

This year’s collapse in American retail could overtake that of 2010, when 48 retailers filed for bankruptcy in the wake of the 2007-09 recession, according to the report by professional-services firm BDO USA LLP. Including filings through…

3. Trash is Piling Up. Sanitation Workers Are Feeling the Strain. | Bloomberg CityLab

Housebound urban residents are making more garbage, and budget-strapped cities are having trouble keeping up.

Delwyn Giles knows how much “the new normal” weighs: about three tons, on average.

That’s how much more residential garbage he’s picking up every day as a disposal worker with Chicagoland-based Homewood Disposal. Before the coronavirus pandemic, his truck would typically haul about 28 tons of trash each day. Now, as housebound residents churn through takeout and Amazon boxes, it’s more like 31 tons.

“Vaccine or not, this isn’t going anywhere. This is going to be here for years,” said Giles, 35, who’s worked with the company for more than a decade. “It hasn’t died down — it’s continued going up.”

Kyle Yonker, director of marketing at Homewood Disposal, confirms the trend. “We’re up about 30 to 40%, which has definitely put a strain on us,” he said. When millions of American consumers stopped generating trash at schools and their offices, it all went to their curbs. The extra load — fed by long-overdue decluttering projects and summertime yard cleanups — has strained the company’s workforce. “If you’re used to working 50 hours a week, you’re working closer to 55.”

The head of the real-estate giant’s retail group sent a memo last week informing staff that around 20% or around 300 employees would be laid off or offered early retirement.

General Motors and Nikola are not expected to finalize a $2 billion deal scheduled to close before Wednesday after allegations of fraud and sexual abuse surfaced against the embattled start-up’s founder and former executive chairman, Trevor Milton, according to two people familiar with the negotiations.

Executives at both companies are expected to extend the talks, the people said, asking not to be identified because the negotiations aren’t public.

The deal was initially viewed as a no-lose situation for GM. The partnership would give the Detroit automaker an 11% stake in the company for supplying Nikola battery and fuel cell technologies as well as producing Nikola’s Badger pickup.

Amazon Inc. is planning to take over some of Citigroup Inc.’s office space in Singapore at a time when a number of the e-commerce giant’s Chinese tech rivals expand in the city state.

The online retail giant will lease three floors covering about 90,000 square feet (8,360 square meters) at Asia Square Tower 1 in the heart of the financial district, according to people with knowledge of the plans. Staff will move into the new offices early next year, the people said, asking not to be identified because the plans aren’t public.

Citigroup, currently the building’s largest tenant with nine floors, is trimming its office space to better use its real estate as its 10-year lease is due to expire soon, the people said.

Amazon today is launching a new service called Amazon Explore that allows customers to book live, virtual experiences led by local experts. The experiences may be focused on creativity, learning DIY skills, taking virtual tours of far-off places or cultural landmarks or, in some cases, shopping local boutiques from around the world.

For example, you could book a virtual wine tasting experience in Argentina, learn how to make smoked fish tacos in Mexico, take a virtual tour of Kyoto’s Nanzenji Temple, tour a 500-year-old mansion in Peru, learn about coffee creation in Costa Rica, learn how to make sushi from a home kitchen in Tokyo and more.

Though the tours and experiences offer the ability to virtually travel the globe, the ability to sign up for an Amazon Explore session is currently offered on an invite-only basis for customers in the U.S. only.

8. Amazon One verifies consumers and office workers by scanning the palm of their hand | Venture Beat

Amazon is rolling out a new contactless technology that enables consumers to make payments and carry out other in-store transactions using the palm of their hand. The internet giant has big plans for this technology, including offering it to third parties.

Amazon One, as the feature is called, fits into the company’s broader push into the brick-and-mortar realm, which kicked off in 2016 with the launch of Amazon Go retail stores. Equipped with computer vision, sensor fusion, and deep learning, Amazon’s cashierless stores are designed to be friction-free, enabling shoppers to walk in and out without waiting in line.

Starting in two Amazon Go stores in Seattle from today, shoppers will be able to register the palm of their hand as a unique identifier and then insert their credit card into the Amazon One device located at the entrance to associate their payment credentials with their hand. They will then be able to enter Amazon Go stores simply by hovering their palm over the Amazon One device.

Seattle became the second big city in the nation to establish a minimum wage standard for Uber and Lyft drivers on Tuesday.

The new law requires transportation network companies to pay drivers at least $0.56 per minute when there is a passenger in the vehicle as well as a per-mile rate to cover expenses. The city says that standard will ensure drivers earn at least Seattle’s minimum wage, assuming they spend about 50% of their time waiting for rides or driving to pick up passengers. The minimum compensation standard takes effect on Jan. 1.

The legislation is modeled after a minimum wage standard New York City passed in 2018, though Council Chair Teresa Mosqueda dismissed the connection during the hearing. Seattle hired two researchers who advised New York City officials on their legislation to recommend a minimum wage standard when crafting the ordinance approved Tuesday. Uber and Lyft backed a separate study by Cornell researchers that produced significantly different findings. The competing studies highlight the complexities of establishing a minimum wage for gig workers.

Uber and Lyft have long said New York should serve as a cautionary tale for Seattle. Increased prices and reduced ride activity in New York followed the passage of the legislation. The apps now restrict the number of New York drivers who can work at a time, leading some drivers to sleep in their cars so that they don’t miss a chance to log-on, Vice reports.

10. Indoor farming start-up with Martha Stewart on its board joins the SPAC craze to go public | CNBC

An indoor farming start-up that heralds itself as the future of agriculture and has Martha Stewart on its board announced Tuesday it is going public through a reverse merger, the latest in a series of blank-check deals during the coronavirus pandemic.

Kentucky-based AppHarvest is merging with special purpose acquisition company Novus Capital Corp., while picking up $475 million in financing, $375 million of which is coming through a PIPE, or private investment in public equity.

Shares of Novus Capital were rising more than 15% on Tuesday after the deal was publicized. The transaction is set to close in the late fourth quarter of this year or early in 2021, according to a release.

AppHarvest operates a 60-acre facility in Morehead, Kentucky, that it says is one of the world’s largest high-tech greenhouses. Its first harvest of tomatoes is anticipated early next year.