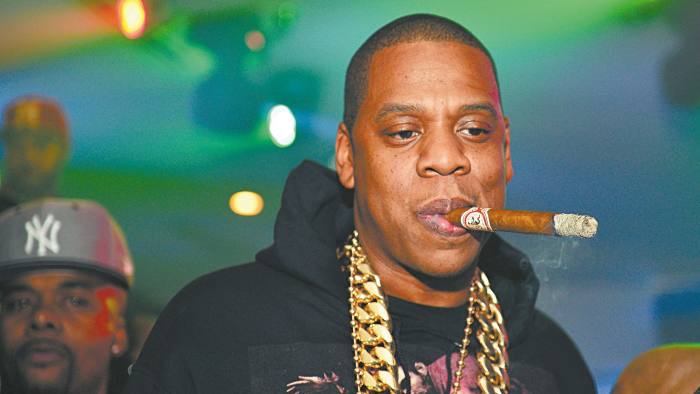 The venture was formed via a partnership between Caliva, Left Coast Ventures, Subversive Capital Acquisition Corp. and Roc Nation, the entertainment company Jay-Z launched in 2008.

Jay-Z, whose real name is Shawn Carter, will take on the title of “Chief Visionary Officer.”

Under the agreement, Caliva will buy OG Enterprises Branding Inc., which is currently owned by Caliva and Carter at a 50/50 ratio.

Carter will receive compensation in the form of the new company’s stock.

Subversive Capital will then acquire both Caliva and Left Coast Ventures for $282.9 million and $142.2 million, respectively. The combined entity has been simply dubbed “The Parent Company.”

Resi brokerage has raised over $1.5 billion since its founding in 2012

Venture-backed residential brokerage Compass has hired bookrunners ahead of an independent public offering in 2021, according to a new report.

Compass, most recently valued at $6.4 billion, is working with Goldman Sachs and Morgan Stanley to underwrite the IPO, according to Bloomberg, which cited anonymous sources.

Compass positions itself as a tech-forward brokerage that has gradually branched out beyond brokerage – it offers a concierge service, facilitates bridge loans, has a title-and-escrow arm, and has deployed a bevy of resources into tech centers in Seattle and Hyderabad.

In pricey Manhattan, having a roommate or two is a traditional rite of passage. Now, as the city empties out and rents plummet in the Covid-19 era, even recent college graduates are finding they can afford to live solo.

Studio apartment rents are the lowest in nearly a decade, and the borough’s youngest workers are taking notice. Forced indoors by the pandemic, to cramped spaces once used only for sleeping and showering, entry-level renters are on the move to decouple.

“The line is completely erased when you have to work from home,” said Klaudia Czarnocka, 24, who shared a two-bedroom unit with two friends in the East Village. “I was just going a little crazy.”

For months after the city’s offices shuttered in March, Czarnocka, a salesperson at a mutual fund firm, made client calls in the space carved out as her bedroom — just big enough to fit a desk, a dresser and a bed. One roommate lost his job and spent most of his time in the apartment with her. The other, a hospital employee, had routines that changed often. They all shared a bathroom.

From treetop dining to underwater villas, the Maldives is coming up imaginative ways to help travelers stay socially distanced while still enjoying a vacation.

The island nation reopened to visitors on July 15, and more than 57,000 tourists have visited since. More airlines set to resume flights this month and next. Earlier in November, the country’s tourist board launched a marketing campaign with the tagline: “Isolation never looked this good.”

Visitors are required to show a negative Covid-19 test and fill out an online health declaration form. Resorts have increased cleaning and added contactless check-ins, but it’s the privacy and seclusion that are likely to attract travelers.

More Americans want to work from paradise during the pandemic.

A Barbados travel program giving people the option to relocate to work from the Caribbean island and its white-sand beaches during the pandemic has garnered 675 applications from U.S. citizens, MarketWatch reported.

The Barbados Welcome Stamp, a special visa allowing remote workers who want to live and work from the Caribbean country to do so for a year launched in July and since then there have been a total of 1,693 applications with 2,796 people applying, Barbadian officials told MarketWatch.

Drones have arrived on Wall Street.

Goldman Sachs, the world’s top mergers advisor, is among investment banks using drone technology to give its clients a bird’s-eye view of the companies they are bidding on, according to Stephan Feldgoise, the firm’s global co-head of mergers and acquisitions.

After Covid-19 made the prospect of hosting in-person visits with groups of bidders unsafe, commercial-grade drones have been used to conduct virtual tours of everything from shipping ports and railroads to chemical factories, warehouses and big-box retail locations, he said.

“We have been selling asset-based businesses all over the world using drones for site visits and fly-overs,” Feldgoise said in a phone interview. “It gives buyers the confidence they need because when you are buying a business, you want to see, touch and feel what you are buying. ”

7. Most Americans Object to Government Tracking of Their Activities Through Cellphones| WSJ

A new survey found widespread concern among Americans about government tracking of their whereabouts through their digital devices, with an overwhelming majority saying that a warrant should be required to obtain such data.

A new Harris Poll survey indicated that 55% of American adults are worried that government agencies are tracking them through location data generated from their cellphones and other digital devices. The poll also found that 77% of Americans believe the government should get a warrant to buy the kind of…

8. Wall Street bets it all on a vaccine | Axios

It’s the time of year when Wall Street shops are rolling out predictions for where they see the stock market headed in the coming year. There’s one common theme: Widespread distribution of a vaccine is the reason to be bullish.

London, Paris, and Rome are famed for their history, culture, and commerce. Now, they share something else in common: Expats don’t like them.

The three European capitals attracted some of the lowest rankings in a global survey of more than 15,000 people representing 173 nationalities. Concerns about health care, safety, work-life balance, and the affordability of housing weighed on their scores in research conducted by InterNations, a Munich-based expat network with around 4 million members.

As Manhattan’s office landlords struggle to get people to return to the workplace, the city’s biggest provider of on-demand, in-person meeting spaces and conference centers has scaled back its footprint.

Convene in recent weeks has closed three of its New York City locations, or about a fifth of its portfolio in the city.

The three meeting spaces — at 780 Third Avenue, 730 Third Avenue and 810 Seventh Avenue — shuttered in mid-October, a spokesperson for Convene confirmed to The Real Deal. That brings the company’s footprint to 11 locations in New York and 30 in total.

The spokesperson said the three centers were some of Convene’s older locations, and that the closings were the result, in part, of the company pruning its portfolio.