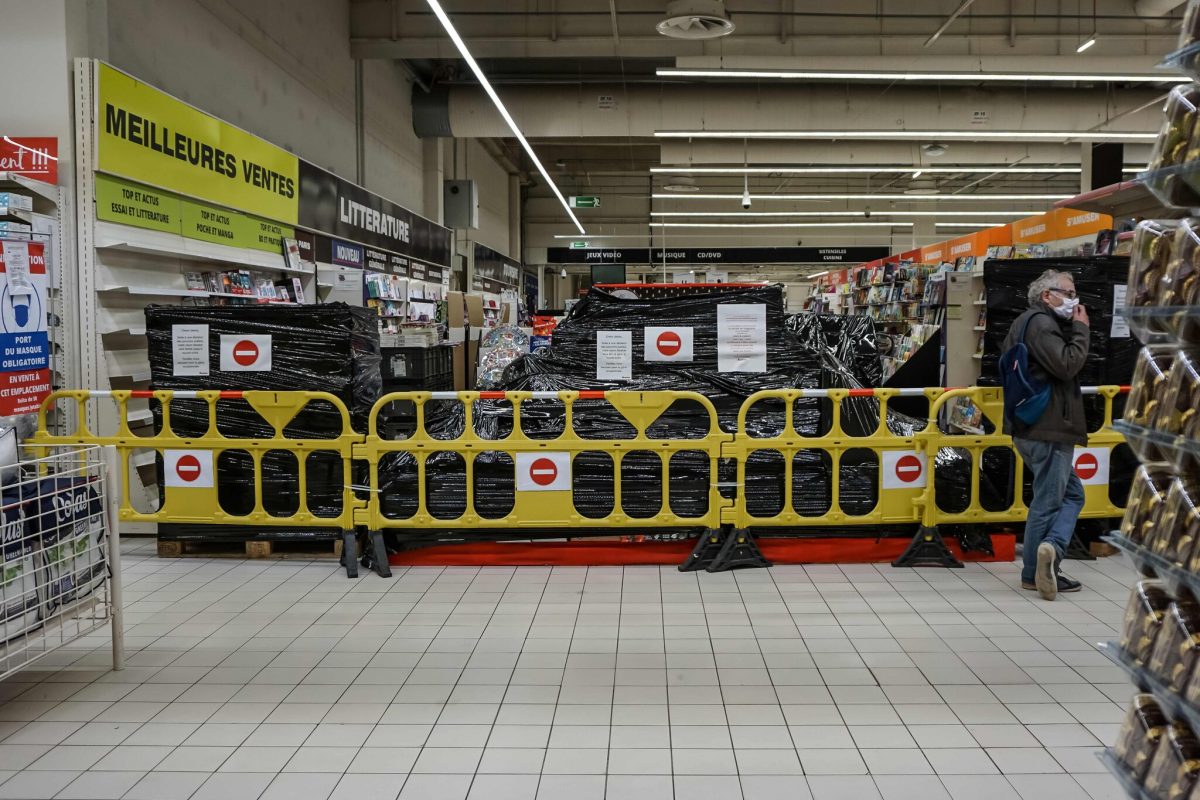 1. ‘We Want to Open!’ French Shopkeepers Revolt Against Orders to Close | The New York Times

Small businesses are fighting what they say is unfair competition from Amazon and big retailers as a nationwide lockdown takes effect.

Instead, the measures have ignited a nationwide backlash. Small businesses are revolting against what they say is unfair competition from dominant retailers — especially Amazon — that continue to sell items the shopkeepers can’t. Politicians and trade groups have joined the outcry, forcing President Emmanuel Macron’s government to scramble to come up with a new game plan. 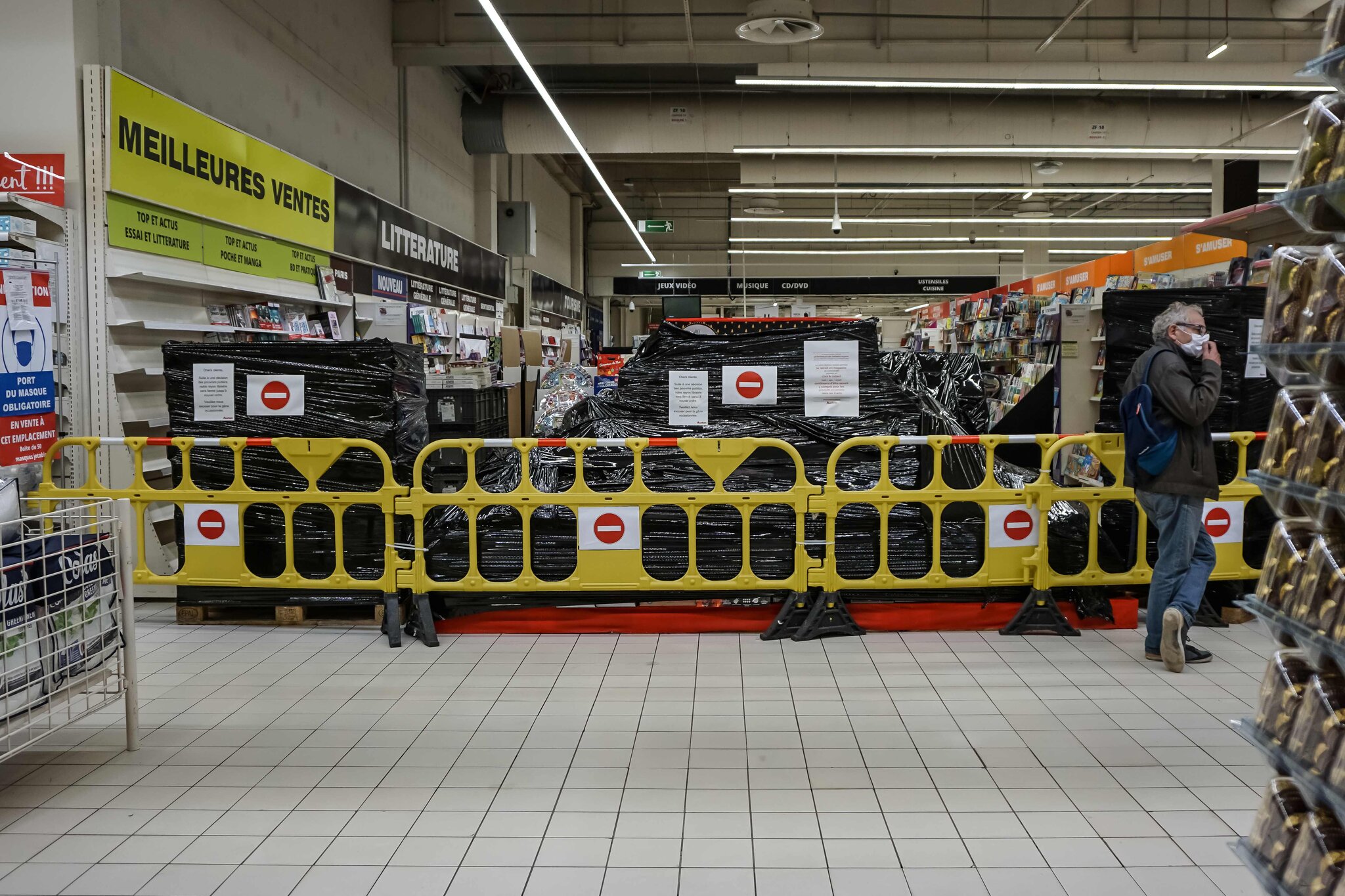 With the pandemic bringing down values of hotels, retail properties and office buildings, investors are lining up to cash out of these funds

Some of the most conservative real-estate funds are suffering from falling property values, putting their fund managers in a tough spot as investors look to cash out.

These real-estate investment vehicles are known as “core” funds because they buy higher quality properties and limit their debt. The biggest core funds have raised billions of dollars from pensions and other institutional investors that seek steady, lower-risk returns.

3. Uber and Lyft Drivers in California Will Remain Independent | The New York Times

The victory of Proposition 22, the most expensive initiative in the state’s history, could help gig companies remake labor laws throughout the country.

OAKLAND, Calif. — Drivers and other workers for so-called gig economy companies in California will not become their employees.

Uber, Lyft and the delivery service DoorDash designed the measure to exempt the companies from a state labor law that would have forced them to employ drivers and pay for health care, unemployment insurance and other benefits. As a concession to labor advocates, the initiative offers a wage floor and limited benefits to drivers.

The Associated Press projected early Wednesday that Prop. 22 had carried 58 percent of the vote. Prop. 22 faced the strongest opposition in San Francisco, where Uber and Lyft are headquartered, with more than a 19 point deficit.

Hit by a coronavirus slump, hotels try to lure guests by offering an alternative workspace with daytime rates

Francis Meynard and his wife recently checked into a Hyatt Regency in Huntington Beach, Calif. The oceanfront property features a beach bonfire and poolside cabanas. But the real-estate executive checked in to work.

“It was very efficient,” Mr. Meynard said, noting that he saved more than an hour a day commuting. He would start work at 8 a.m., finish by 5 p.m., breaking for a 45-minute gym session at lunchtime.

5. The U.S. economy is slowly beginning to climb out of its deep hole | Fortune

Hidden behind the high-profile news of the election and the pandemic, encouraging signs show how the U.S. economy is beginning to climb out of the deep hole it’s in.

The key word is “beginning.” Compared with nine months ago, millions more Americans are still jobless, and major industries—airlines, hotels, restaurants, much of retail—are still devastated. Most forecasters think we’re at least a year away from getting back to pre-pandemic GDP. Yet progress, largely overlooked, is underway, and the great question is whether it can survive the winter.

Many people might be surprised to learn, for example, that Americans bought more goods in September than they did in February before the coronavirus took hold. They shelled out more on a wide range of stuff—groceries, games, computers, cars, motorcycles, much else. The sudden national obsession with pets wasn’t just anecdotal: Consumers spent 12.6% more on pets and related products in September than in February.

Just over 3 million homeowners as of last week were delaying their monthly mortgage payments under forbearance plans launched at the start of the coronavirus pandemic.

The bulk of these are government mortgage bailouts. The rest are bank and private label programs. That represents 5.7% of all active mortgages, according to Black Knight, a mortgage data and technology firm.

Certain states, however, are seeing a higher share of borrowers in trouble, likely due to higher levels of Covid-related unemployment. As voters line up on Election Day, some of them may make decisions based on their financial health.

China’s move to abruptly halt the world’s biggest stock-market debut sends global investors a clear message: Any financial opening will only be done on terms that benefit President Xi Jinping and the Communist Party.

Policy makers in Beijing shocked the investment world on Tuesday by suspending an initial public offering by Ant Group Co., a fintech company owned by billionaire Jack Ma — China’s second-richest man. The decision came just two days before shares were set to trade in a listing that attracted at least $3 trillion of orders from individual investors.

The timing of the decision showed once again that for Xi and the party, financial and political stability take precedence over ceding control of the economy — especially to a private company. In Beijing’s view, allowing the IPO to go forward could effectively give Ant too much sway over the financial system, posing broader risks that could ultimately undermine the party’s grip on power.

The failure of Proposition 21 means that, once again, landlord groups have convinced voters that stricter limits on rent hikes are not a solution to California’s housing affordability problems. A statewide ban on most new forms of rent control will remain in effect.

“Yet again, California voters clearly understood the negative impacts Prop. 21 would have had on the availability of affordable housing in our state by clearly rejecting this radical ballot measure,” said Tom Bannon, chief executive of the California Apartment Assn., in a statement. “It is now time to move from ballot-box battles and enact policies through the Legislature that allow the state to build more affordable housing that will once again make California an affordable place to live for our families.”

Delinquency rates on commercial property taxes have increased by about 50 percent since last year, according to an analysis by Crain’s.

Commercial properties — including retail spaces, offices and factories — were the most behind on their tax bills, with a 3.6 percent nonpayment rate on the first tax deadline in July. As of Oct. 15, the number of properties in arrears rose to 4 percent, according to Crain’s.

Office towers in downtown Oakland, San Francisco, and South San Francisco, along with a new mixed-use campus in north San Jose, as well as office buildings in Silicon Valley, are among the high-profile properties that investors bought over a three-week stretch that began on Oct. 15.

The dramatic buying activity suggests that real estate investors — even amid the coronavirus and its uncertainties — have yet to slake their thirst for top-notch Bay Area properties with well-heeled tenants or for sites that have plenty of redevelopment potential.