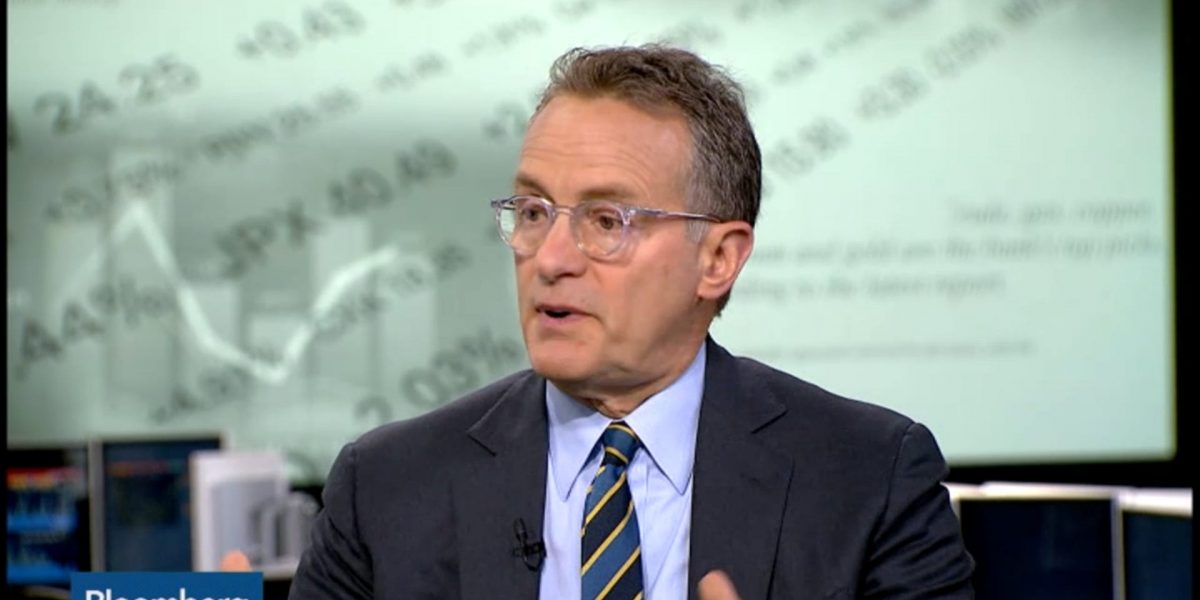 Enjoy your Monday with these top ten stories AnySizeDeals curated for you around real estate, innovation and tech.

Billionaire Howard Marks has a new message for investors, look at ‘out of favour’ assets as they have a better chance of getting returns at a time when interest rates are at rock bottom.

The assets that Marks, who is co-founder and co-chairman of distressed-asset fund Oaktree Capital Management,  considers to be “out of favor” are those that suffered the worst from the lockdowns, including retail, entertainment, hospitality and real estate stocks. 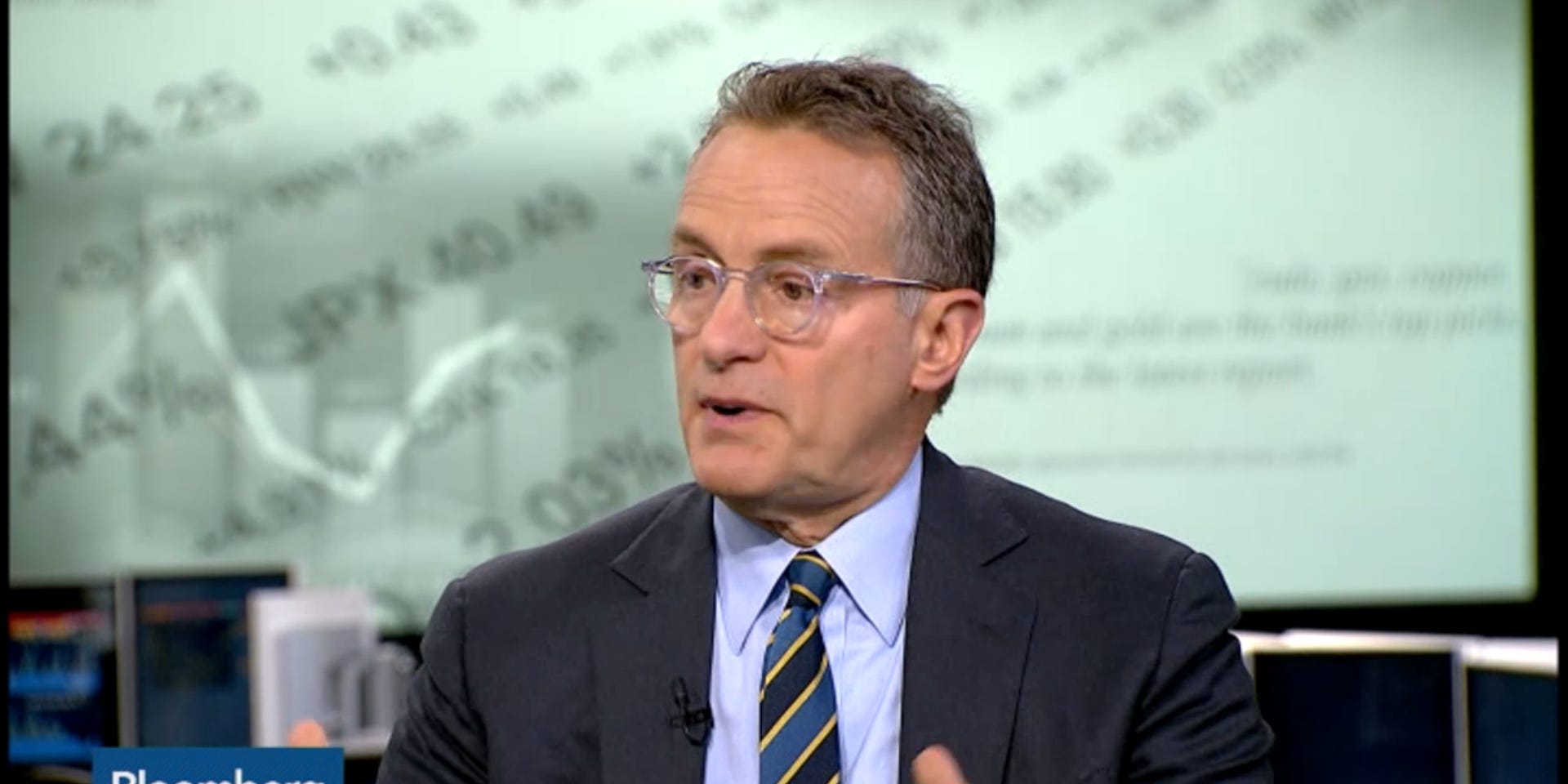 With their headquarters largely empty amid the pandemic, tech companies are reconfiguring their open-plan spaces to appeal to employees when they return, with opportunities for collaboration and focus workers can’t get at home.

When historians of the early 21st century look back on the pre-Covid era, one of the absurdities they might highlight is the vogue for gigantic, open-plan offices. The apotheosis of this trend of breaking down barriers between co-workers must surely be Facebook Inc.’s 433,555-square-foot Frank Gehry-designed open-plan office at its headquarters in Menlo Park, Calif. Opened in 2015, it’s now a ghost town, a monument to offices vacated by the pandemic.

Cramming cavernous spaces with as many desks as they could hold might have.

Milton Friedman’s libertarian economics influenced presidents and inspired “greed is good.” So what did Friedman get right — and wrong? Today’s business leaders and economists weigh in.

Sept. 13 is the 50th anniversary of a seminal moment in the world of business: the publication of Milton Friedman’s essay in The New York Times Magazine entitled “The Social Responsibility of Business Is to Increase Its Profits.”

Friedman, who died in 2006 at the age of 94, was no mere economist; he was a kind of celebrity. He became a regular on the talk-show circuit. PBS even gave him a 10-part series. His economic theories, among the most consequential of the 20th century, still hold sway over large parts of corporate America, maybe none more so than this 1970 manifesto on corporate governance. (For more on the historical context in which Friedman’s essay landed, see this essayby Kurt Andersen.)

At DealBook, we wanted to mark the occasion by stirring a series of discussions and debates. So, in conjunction with The Times Magazine, we assembled 22 experts — including C.E.O.s, Nobel laureate economists and top think-tank leaders — and asked them to respond to Friedman’s essay. Some cited specific passages, and some took on (and took issue with) Friedman’s entire argument.

You can read the original essay in its entirety here. Below are quotations from Friedman’s landmark essay, along with the experts’ responses.

4. At least 33 dead as wildfires scorch millions of acres across Western U.S. — ‘It is apocalyptic’ | CNBC

Historic wildfires are burning millions of acres and destroying homes in California, Oregon and Washington state, as officials brace for more fatalities and evacuations.

The fires have killed at least 33 people across the states and dozens more are missing. More than 1 million acres of land in Oregon have been burned and at least 10% of the state’s population is in evacuation zones. The state has dealt with the worst destruction as blazes have already decimated two towns.

In Oregon, more than 40,000 people have fled their homes and many are still missing, according to Gov. Kate Brown. The state is preparing for a “mass fatality event” and expects to see high winds on Sunday that will make fighting the fires more difficult.

5. A California Law Was Supposed to Give Uber Drivers New Protections. Instead, Comedians Lost Work. | WSJ

Early this year, the organizers of a small Bay Area theater told Alicia Dattner they wouldn’t be able to pay her for an upcoming comedy act. The reason: A new California law that reclassified gig-economy workers, such as Uber drivers, as employees meant it would be too expensive to hire her.

Ms. Dattner was confused. Why was a law aimed at Uber and Lyft affecting comedians?

The Rancho Park Golf Course is an 18-hole, par 71 municipal course in the affluent West L.A. neighborhood of Cheviot Hills, near Century City. The greens used to be the domain of a private club, but became part of a Los Angeles city park after World War II. It’s the former home of the PGA’s Los Angeles Open, and site of a handful of memorable golf milestones, including, in 1969, the second tour victory for Charlie Siffords, the first African-American pro to play on the PGA tour.

“It’s a really pretty park,” says Dermot Connell, an L.A. golfer who is very involved in the city’s municipal circuit and serves as a Rancho Park board member. “From almost every point at Rancho, you can get a perspective of the city. It’s unique in the sense that you’re in the middle of a major metropolitan area — yet there you are, walking along a tree line in a little oasis of solitude.”

7. One of Social Capital’s newest blank-check companies is looking to reverse merge with Opendoor | TechCrunch

Some people may have slowed down in 2020, amid a pandemic that has shut down much of the world. Not Chamath Palihapitiya .

According to a new report in Bloomberg, Opendoor, the San Francisco-based company that aims to help people buy and sell homes with the “push of a button,” is in advanced talks to go public through a merger with Social Capital Hedosophia Holdings Corp. II.

The outlet says the blank-check company, which raised $360 million in April and is led by Palihapitiya, is “discussing raising fresh equity to help fund the transaction with prospective investors,” and that the combined company would be valued at around $5 billion in the deal.

8. SF had a $6 billion vision for Central SoMa. Then the pandemic hit, and tech pulled back | San Francisco Chronicle

After nearly a decade of planning, the transformation of 230 acres in San Francisco’s Central South of Market neighborhood into a booming tech and housing hub is suddenly in doubt as the economy sputters from the coronavirus pandemic.

Pinterest’s cancellation last month of a 490,000-square-foot office lease at 88 Bluxome St., one of the large office projects planned in the area, is a sign that once-insatiable tech demand has shrunk. The company cited plans to move more employees outside of San Francisco, and paid a hefty cancellation fee.

The lease was the only office commitment among $6 billion in planned commercial and housing projects, which include the demolition and redevelopment of the San Francisco Tennis Club, historic Flower Mart and now-closed Creamery cafe.

A recently announced 1,000-plus acre agriculture development in Hampton County has thrilled local and state officials because of the infusion of many new jobs and the boost to the local economy.

But how, and whether, the project affects smaller agricultural businesses in the area, like family-owned farms, may be unclear for some time.

On Sept. 2, top state and local officials and the U.S. secretary of agriculture announced a history-making project planned to create 1,500 jobs in Hampton County. The Agricultural Technology Campus is a $314 million investment in an opportunity zone — touted as the largest in the country.

Opportunity Zones are low-income geographic areas recognized by their states as key locations for economic development. Hampton County fits the bill as a predominately rural area with a population of about 19,200 people, according to 2019 U.S. Census Bureau estimates. The data also indicate roughly one in four residents in the county lives in poverty.

The Agriculture Technology Campus, deemed the first of its kind, is slated to be built in the Southern Carolina Industrial Campus in Early Branch and be fully operational by 2025. Plans include pesticide-free greenhouses, a 150,000-square-foot distribution center and a co-packing facility.

Nvidia confirmed that it is acquiring processor architecture firm Arm from Softbank for $40 billion. The deal is confirmed after weeks of speculation, as well as a report yesterday by the Wall Street Journal.

Santa Clara, California-based Nvidia, a maker of graphics and AI chips, said the deal consolidates its expertise in artificial intelligence with Arm’s vast computing ecosystem. Cambridge, England-based Arm has more than 6,000 employees, while Nvidia has over 13,000.

SoftBank took Arm private in 2016 for $32 billion. At the time, SoftBank CEO Masayoshi Son said he was preparing for the Singularity, the predicted day when AI collectively becomes more intelligent than human beings. But SoftBank has run into a cash crunch after losing billions of dollars due to the pandemic and bad bets on Uber and WeWork.

Nvidia said it will expand Arm’s presence in the U.K. by establishing a world-class AI research and education center there and will build an Arm/Nvidia-powered AI supercomputer for research. Nvidia also said it would continue Arm’s open-licensing policy with its customers, who shipped more than 22 billion chips last year for everything from smartphones to tablet computers and internet of things sensors. Nvidia, by comparison, ships around 100 million chips.

In a letter to employees, Nvidia CEO Jensen Huang said, “Arm’s business model is brilliant. We will maintain its open-licensing model and customer neutrality, serving customers in any industry, across the world, and further expand Arm’s IP licensing portfolio with Nvidia’s world-leading GPU and AI technology.”