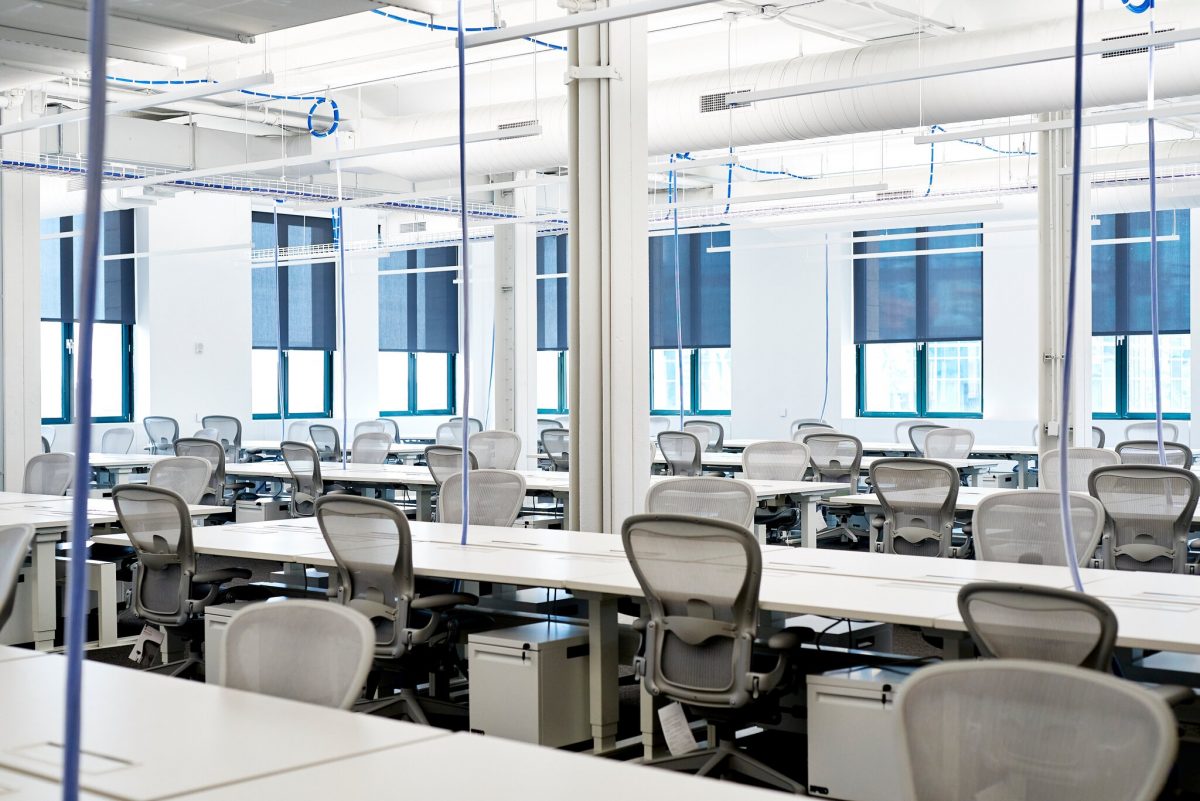 1. Manhattan Emptied Out During the Pandemic. But Big Tech Is Moving In. | The New York Times

The four companies known as Big Tech — Amazon, Apple, Facebook and Google — now have more than 22,000 employees in the city, with thousands added just this year.

Facebook has just leased enough new office space in Manhattan to nearly triple its current local work force, including at one of the city’s most iconic buildings, the 107-year-old former main post office complex near Pennsylvania Station.

Apple, which set up its first office in New York a decade ago, is expanding to another building in Manhattan. And Google and Amazon are stitching together corporate campuses in the city more quickly than anywhere else in the world. Amazon paid roughly $1 billion in March for the iconic Lord & Taylor building on Fifth Avenue.

Despite a pandemic that has ravaged New York, hollowed out many of its office buildings and raised fundamental questions about its future, the four companies collectively known as Big Tech are all significantly expanding their footprint in the city, giving it a badly needed vote of confidence.

With fears that the virus could spike again in the colder months, many companies are grappling with how, when and even if office workers will come back to buildings in Manhattan. And the tech giants have not brought their workers back yet, either. 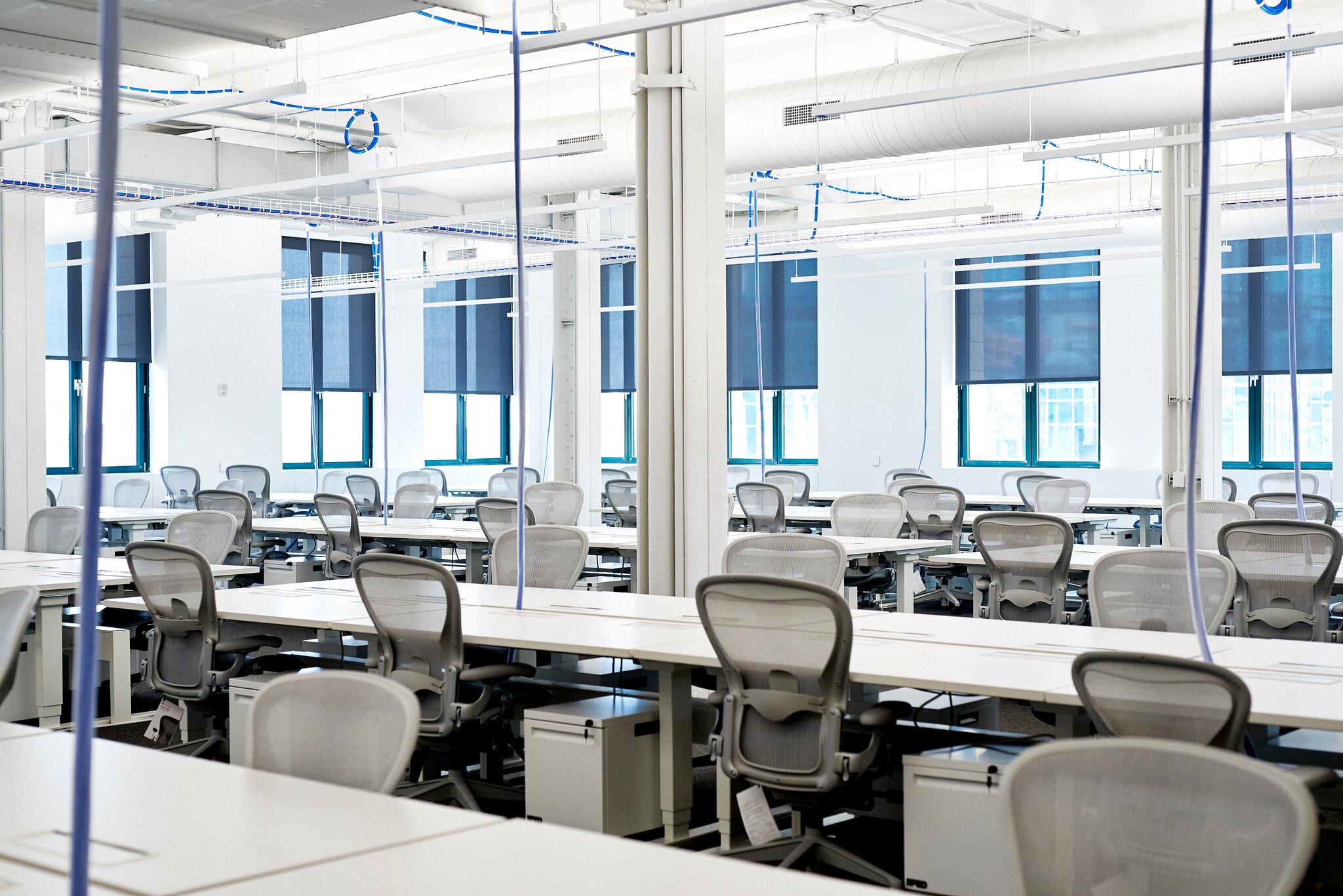 Demand for luxury homes is soaring, underscoring how the pandemic has intensified wealth disparities in the U.S.

High-end sales jumped 42% in the third quarter from a year earlier, according to a report from brokerage Redfin. That’s the largest jump dating back to 2013. Sales of mid-priced homes climbed just 3%, while affordable purchases declined 4%.

While banks tighten credit for first-time buyers, the pandemic is hammering Americans who don’t have the privilege of working remotely. The wealthy, meanwhile, are benefiting from the surging stock market and mortgage rates near record lows.

The cheaper borrowing costs are driving demand for larger properties with more room to quarantine. And with many corporate workers no longer tethered to office buildings, there’s a shift away from expensive markets like San Francisco, New York and Los Angeles.

San Francisco-based Dropbox announced Tuesday that it will stop asking employees to come into its offices and instead make remote work the standard practice, even after the coronavirus pandemic ends.

“Remote work (outside an office) will be the primary experience for all employees and the day-to-day default for individual work,” the company said in a blog post.

For employees who need to meet or work together in person, the company is setting up “Dropbox Studios” in San Francisco, Seattle, Austin and Dublin when it’s safe to do so. The company extended its mandatory work-from-home policy through June 2021.

“We’ll have Studios in all locations we currently have offices—whether they’re dedicated spaces in places we currently have long-term leases and a high concentration of employees (San Francisco, Seattle, Austin, and Dublin to start) or on-demand spaces in other geographies,” the company said.

4. San Francisco Apartment Rents Crater Up to 31%, Most in U.S. | Bloomberg

The median monthly rate for a studio in the city tumbled 31% in September from a year earlier to $2,285, compared with a 0.5% decline nationally, according to data released Tuesday by Realtor.com. One-bedroom rents in San Francisco fell 24% and two-bedrooms were down 21%, to $2,873 and $3,931 a month, respectively.

The figures underscore how the pandemic has roiled property markets and changed renter preferences. With companies allowing employees to work from home, people have fled cramped and costly urban areas in droves, seeking extra room in the suburbs or cheaper cities. Tech firms, in particular, have told staff they should expect to work remotely well into next year — and may be able to do so permanently.

Swiss luxury clothing retailer Akris, a tenant at one of the retail spaces, agreed to pay $45 million for the three properties, according to Eastdil Secured LLC, the real-estate broker and investment bank handling the estate sale.

Commercial building systems often require engineering teams with years of training. Even retrofitting old buildings with things like HVAC can be costly and time-consuming, not to mention error-prone. That’s why Troy Harvey and Jeremy Fillingim, entrepreneurs with backgrounds in hardware engineering, teamed up in 2016 to found PassiveLogic with the goal of bringing autonomous controls to the over $1 trillion building construction market.

7. Longterm vision for Seattle-Portland-Vancouver mega-region will require a ‘consensus on growth’ | GeekWire

Those are the dire predictions of a recent report issued by the Microsoft-backed Cascadia Innovation Corridor on the current trajectory of our mega-region that stretches from Portland through Seattle north to Vancouver, B.C.

“It’s a little bit of a scary picture and not a place any of us want to be,” said Eric Sparks, a Seattle-based principal with The Boston Consulting Group, which prepared the Cascadia Vision 2050 report, speaking at a virtual meeting last week to discuss housing and transportation at the corridor’s annual conference.

But three weeks after unveiling a proposal for new hubs housing up to 400,000 people on underdeveloped land between the Pacific Northwest’s major cities, the major thinkers behind the Cascadia Innovation Corridor were reluctant to specify where those hubs would be or comment on the future of high-speed rail to connect them.

8. Snapdocs raises $60M to manage the mortgage process in the cloud | TechCrunch

The U.S. economy may be in a precarious state right now, with a presidential election looming on the horizon and the country still in the grips of the coronavirus pandemic. But partly thanks to lower interest rates, the housing market continues to rise, and today a startup that has built technology to help it run more efficiently is announcing a major growth round of funding.

Snapdocs, which is used by some 130,000 real estate professionals to digitally manage the mortgage process and other paperwork and stages related to buying a home, has raised $60 million in new equity funding on the heels of a few bullish months of business.

In August 2020 — a peak in home sales in the U.S., reaching their highest level in 14 years — the startup saw 170,000 home sales, totaling some $50 million in transactions, closed on its platform. This accounted for almost 15% of all deals done that month in the U.S. Snapdocs is now on track to close 1.5 million deals this year, double its 2019 volume.

On top of this, the startup’s platform is being used by more than 70% of settlement agents nationally, with customers including Bell Bank, LeaderOne Financial Corporation, Googain and Georgia United Credit Union among its customers.

9. AMC Theatres could run out of money by the end of the year | CNN Business

New York (CNN Business)Illustrating how dire the situation is for the movie theater industry, the world’s largest theater chain could run out of money by the end of the year.

AMC Theatres said Tuesday that its existing cash resources would be “largely depleted” by the end of 2020 or early 2021 because of the “reduced movie slate for the fourth quarter,” as well as “the absence of significant increases in attendance from current levels.”

The company said it has two ways out of its cash crisis: Either more customers need to buy tickets, or it will have to find new ways to borrow money.

Getting butts in seats has proven a major challenge. As of October 9, AMC reopened 494 of its nearly 600 US theaters at a seating capacity between 20% and 40%. But AMC (AMC) isn’t filling the limited seats it’s offering: Since the US theatrical market reopened in the late summer, it has served more than 2.2 million guests. That represents an attendance decline of 85% compared to last year.

10. How Tempo Storm is aiming to become the Bloomberg of esports | Venture Beat

Oakland Athletics executive Billy Bean is slated to leave the organization in order to pursue opportunities outside MLB, according to the Wall Street Journal’s Jared Diamond, Joshua Robinson and Miriam Gottfried.

Beane, 58, is currently the co-chair of RedBall Acquisition Corp, which is set to merge with Fenway Sports Group. Beane will partner with Red Sox owner John Henry in the deal, though Beane will not take a position running the Red Sox, per the Wall Street Journal.

The architect of the Moneyball A’s will likely turn his attention to other sports ventures, specifically European soccer. Beane recently purchased a stake in the Dutch soccer club AZ Alkmaar on Oct. 9.