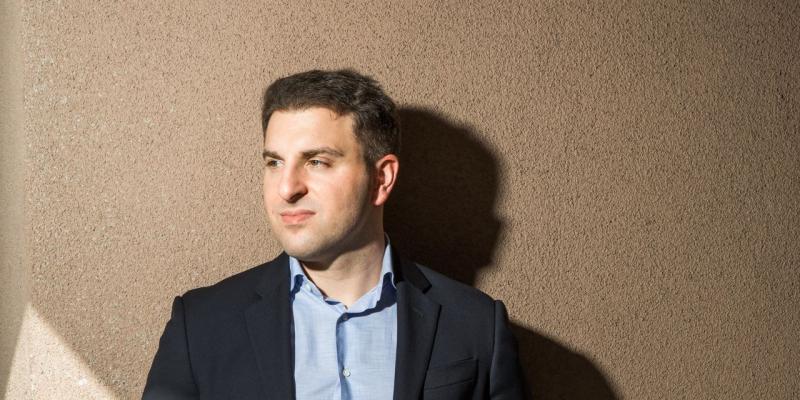 1. How Airbnb Pulled Back From the Brink | WSJ

Lessons from the home-sharing giant’s near-death experience: Focus on the core business, keep expenses low and listen to customers

In May, after fighting to keep Airbnb Inc. from the brink of collapse, Chief Executive Brian Chesky started noticing signs of life in part of his business.

Urban residents were searching for vacation rentals in neighboring towns and cities, so they didn’t have to fly. People wanted to book entire homes, meaning Airbnb could gain from travelers shunning hotels and their shared spaces.

So far, permanent moves are relatively flat. But short-term moves did spike in March and April, with people mostly leaving big cities.

The anecdotal evidence of temporary moves during the coronavirus pandemic has been building: tourist towns overrun with newcomers, elite Manhattan neighborhoods emptied by those who left for vacation houses, young people across the U.S. living with their parents.

Now new data from the U.S. Postal Service puts a figure behind the people who may have made short-term moves: Temporary moves were up 27% between February and July 2020 in the U.S. compared to the same period last year. The data, obtained and analyzed by moving tools and resources company MYMOVE, also shows that permanent changes of address increased by just 1.9% year over year.

Together, these figures likely represent the most comprehensive snapshot yet of migration patterns during coronavirus — capturing more than 15 million moves. And they provide some insight into the departures and destinations for some of these Americans.

From Ford to Microsoft, white-collar companies are increasingly extending working from home through next summer.

When the coronavirus pandemic shuttered offices around the United States in March, many companies told their employees that it would be only a short hiatus away from headquarters.

Workers, they said, would be back in their cubicles within a matter of weeks. Weeks turned into September. Then September turned into January. And now, with the virus still surging in some parts of the country, a growing number of employers are delaying return-to-office dates once again, to the summer of 2021 at the earliest.

Google was one of the first to announce that July 2021 was its return-to-office date. Uber, Slack and Airbnb soon jumped on the bandwagon. In the past week, Microsoft, Target, Ford Motor and The New York Times said they, too, had postponed the return of in-person work to next summer and acknowledged the inevitable: The pandemic isn’t going away anytime soon.

“Let’s just bite the bullet,” said Joan Burke, the chief people officer of DocuSign in San Francisco. In August, her company, which manages electronic document signatures, decided it would allow its 5,200 employees to work from home until June 2021.

Amazon has found another way to keep shoppers busy with the boxes that show up at their door. The company is now rolling out packaging that comes to life with an augmented reality app.

The free “Amazon Augmented Reality” app is aimed at creating “interactive, sharable AR experiences — delivered wherever you are,” according to the description in the App Store. Tech Crunch reported on the launch of the product on Monday.

Users who download the app (iOS, Android) just need to point a mobile device at the QR code on the side of an Amazon box to start playing in AR. In App Store images and an accompanying video (below), a Halloween pumpkin drawn on the side of the box is shown as a floating, interactive design. (If you haven’t received a box with the new capability yet, Amazon posted a way to test it here.)

It’s another way Amazon is encouraging shoppers to get creative with its cardboard boxes as part of the “Less Packaging, More Smiles” initiative. QR codes this summer directed users to instructions on how to make such creations as a cat fort or robot costume.

SINGAPORE — Global real estate prices have largely held their own in the face of an unprecedented economic hit from the coronavirus pandemic, says Sean Darby, global head of equity strategy at Jefferies.

“It’s been perhaps one of the most fortunate events for policymakers in that we’ve not really seen any significant declines in global property prices,” Darby told CNBC’s “Street Signs Asia” on Monday.

Underlying demand in places such as the U.S., U.K. and China have been “very strong,” Darby pointed out.

This has served as a “huge backstop” for policymakers as they grapple with the economic meltdown of the pandemic, he said. “Importantly, it has really allowed the domestic banking system to be relatively unimpaired by asset deflation.”

He said Australia has been an exception and property prices there have seen a “modest decline.”

Qatalog, a London-based startup that has developed a “virtual workspace” that brings together disparate SaaS tools to help teams function better, is disclosing $15 million in Series A funding.

Leading the round is European venture capital firm Atomico, with participation from Salesforce Ventures, and angel investors Jacob de Geer (CEO/co-founder of iZettle), Chris Hitchen (partner at Inventures, founder Getprice), and Thijn Lamers (former EVP at Adyen). As part of the investment, Atomico partner Irina Haivas will join the board.

By the end of the year, New York City will get three posh assisted-living towers offering seniors spa treatments, gourmet meals and chauffeured rides along with their daily care.

The projects were built on a bet that a surging population of wealthy elders would pay hefty sums — starting around $13,000 a month in Manhattan — to stay near their grown children, in a vibrant urban center, when they could no longer live alone.

Then Covid-19 upended it all.

The virus, which disproportionately harms the elderly, spread quickly through senior-care facilities across the country. Indoor social events, such as wine tastings and other highlights of assisted living, have become untenable. The adult offspring of potential tenants haven’t yet returned to their Midtown offices and may even have moved to the suburbs. With Broadway shuttered and cultural attractions at minimal capacity, the city’s vigor, and the top rents it helps command, is indefinitely on hold.

This is a real gamble.

Many New York hotels are sitting largely empty because of lost business due to the coronavirus pandemic.

But the owner of Resorts World Casino NYC at Aqueduct in Queens announced plans Monday to open a new $400 million Hyatt Regency-run hotel next to its gambling facility, which is located near JFK airport.

Malaysian-based Genting Americas always envisioned opening a hotel adjacent to its casino when it opened a decade ago. The casino sits next to Aqueduct race track.

Genting’s Resorts World casino in the Catskills features a hotel.

The deep-pocketed casino operator is not afraid to think big.

Gov. Andrew Cuomo even briefly entertained Genting’s ambitious plan to open a convention center at Aqueduct — though the idea fizzled after the Manhattan-based tourism and trade industries and state lawmakers voiced objections to replacing the Javits Center on Manhattan’s West Side.

The country hopes that when people book their first post-pandemic flights overseas, Iceland will be the top choice. It also aims to learn from the recent past, when tourist numbers soared.

In a normal October, the Radisson BLU Saga Hotel in Reykjavik would be buzzing with tourists hoping for a glimpse of the Northern Lights, business travelers in town for trade fairs, honeymooners gearing up for a tour of Iceland’s waterfalls and geothermal spas. This year, of course, things are very different.

Since March, even with government support, Ms. Olafsdottir’s staff has shrunk from 140 to just 16. The hotel, which has more than 200 rooms, normally has an occupancy rate of above 75 percent, but it fell to 11 percent in September.

“It’s been emotional,” Ms. Olafsdottir said, adding that, even after cutting down to bare-bones operations, the hotel continues to rack up debt. “But the thing is, I think everybody is in the same boat here.”

Oakland Athletics executive Billy Bean is slated to leave the organization in order to pursue opportunities outside MLB, according to the Wall Street Journal’s Jared Diamond, Joshua Robinson and Miriam Gottfried.

Beane, 58, is currently the co-chair of RedBall Acquisition Corp, which is set to merge with Fenway Sports Group. Beane will partner with Red Sox owner John Henry in the deal, though Beane will not take a position running the Red Sox, per the Wall Street Journal.

The architect of the Moneyball A’s will likely turn his attention to other sports ventures, specifically European soccer. Beane recently purchased a stake in the Dutch soccer club AZ Alkmaar on Oct. 9.