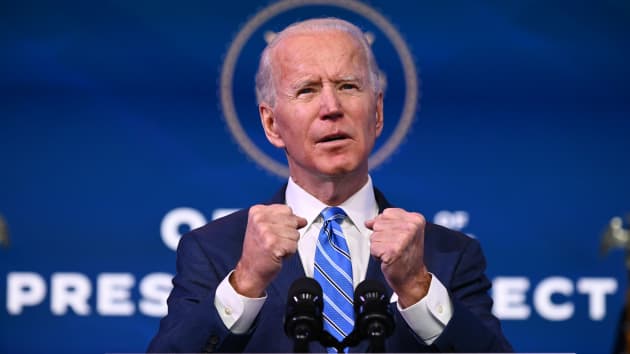 President-elect Joe Biden called on Congress to pass a range of protections and financial relief for Americans at risk of losing their homes because of the coronavirus pandemic.

To stop a wave of evictions, Biden plans to ask lawmakers to approve $30 billion in rental assistance on top of the $25 billion in aid approved in the most recent $900 billion stimulus package, according to a briefing document distributed prior to the president-elect’s Thursday night speech.

Another $5 billion would go toward finding those experiencing or at risk of homelessness secure housing, and a fund would help individuals facing eviction get legal assistance.

Only a few weeks after its SPAC IPO, Porch today announced that it has made four acquisitions, worth a total of $122 million. The most important here is probably the acquisition of Homeowners of America for $100 million, which gets Porch deeper into the home insurance space. In addition, Porch is also acquiring mover marketing and data platform V12 for $22 million, as well as home inspection service Palm-Tech and iRoofing, a SaaS application for roofing contractors. Porch did not disclose the acquisition prices for the latter two companies.

You may still think of Porch as a marketplace for home improvement and repair services — and that’s what it started out as when it launched about seven years ago. Yet while it still offers those services, a couple of years after its 2013 launch, the company pivoted to building what it now calls a “vertical software platform for the home.” Through a number of acquisitions, the Porch Group now includes Porch.com, as well as services like HireAHelper, Inspection Support Network for home inspectors, Kandela for providing services around moving and an insurance broker in the form of the Elite Insurance Group. In some form or another, Porch’s tools are now used — either directly or indirectly — by two-thirds of U.S. homebuyers every month.

GUANGZHOU, China — A new report reveals patent applications belonging to Huawei and a group of China-based artificial intelligence companies for systems that can detect people who are part of a Muslim minority group.

The ethnic Uighurs, who live mostly in China’s west, have been identified by the United Nations, United States, United Kingdom and others as a repressed group. Authorities allegedly use widespread surveillance technology to monitor the region’s Uighur population. The Chinese government denies mistreating Uighurs and says those camps are vocational training centers.

IPVM, a U.S.-based research firm that analyzes video surveillance technology, looked at patents in China related to systems that could be used to identify Uighurs’ faces. IPVM jointly published its research with the BBC.

Just weeks into the pandemic, we reported that venture capitalists were still doing deals, even though their offices were closed and their flights were canceled. But we didn’t quite foresee the WFH gusto.

By the numbers: U.S. startups raised $130 billion last year, topping the prior high of $120 billion set back in the dot-com craze of 2000, per the MoneyTree report.

5. Facebook has VR plans for your virtual office, with smartglasses coming soon | c|net

Facebook Reality Labs head Andrew Bosworth discusses why identity in Oculus is so Facebook-centric, how that will change, and when to expect neural input tech. (Spoiler alert: Not this year.)

After a 2020 that went entirely virtual for many people, once-fantastic concepts like VR headsets and remote chat screens (including Facebook Portal) no longer seem so strange. In many ways, Facebook’s product lineup ended up being prophetic for the times we now live in.

Last fall,  Facebook launched its impressive Quest 2 VR headset. So, in 2021, what comes next? The company plans to release its first smartglasses this year, in a partnership with glasses-maker Luxottica. But those won’t be the advanced reality-blending glasses you might be expecting.

6. Who Qualifies for a Second Round of Small-Business Relief? | The New York Times

The hardest-hit owners will be eligible for another loan from the Paycheck Protection Program.

The Paycheck Protection Program is back.

Between April and August, the program distributed $523 billion in forgivable government-backed loans to 5.2 million small businesses to help them keep paying their workers through the pandemic’s economic devastation.

Now it’s restarting, after Congress included $284 billion in new funding in the stimulus package it passed in December. Crucially, the program will give the hardest-hit businesses a chance at a second loan.

P.P.P. 2.0 makes other changes, too, including to eligibility and to limits for some loan sizes. Here’s what you need to know.

Foreclosure activity slumped to a 16-year low in 2020 despite the coronavirus pushing the economy into a recession, according to ATTOM Data Solutions.

The figure, which is the lowest level reported since tracking began in 2005, represented a decline of approximately 57% from 2019. It is also a 93% decline from peak foreclosure filings, nearly 2.9 million, reported in 2010.

The KKR Asia Real Estate Partners fund will focus on a “range of sectors, including commercial, industrial and residential properties, and will opportunistically evaluate assets in emerging alternative sectors,” according to a KKR news release.

9. Why Finding Workers Is Getting Harder for U.S. Homebuilders | Bloomberg

Even with millions out of work because of the pandemic, there are still hundreds of thousands of unfilled jobs in the construction industry.

As industries go, residential construction in America has largely weathered the pandemic thanks to steady demand and low interest rates. Worksites nationwide are humming with good, paying jobs at a time when 1 in 8 workers are receiving unemployment checks. So why on earth are some construction firms complaining of a labor shortage?

U.S. construction is sprawling, employing roughly 5% of the nation’s workforce (7.3 million employees) at some 680,000 firms, according to the Bureau of Labor Statistics (BLS). The industry is essentially its own economy, building hundreds of billions of dollars worth of structures each month. It’s true that many parts of the sector are hurting because of the pandemic. But in others, there’s actually too much work to go around.

SYDNEY—Australia has relied on one of the world’s most aggressive quarantine programs to keep the coronavirus at bay. Now, one leader wants to go further by housing returned travelers in Outback camps far from cities as new Covid-19 variants threaten the country’s success.

The premier of Queensland state wants to repurpose camps designed for resources workers as isolation hubs in remote scrubland where temperatures can top 100 degrees Fahrenheit. It follows an outbreak of a highly contagious coronavirus strain at a quarantine hotel in state capital Brisbane, Australia’s third-largest city with a population of about 2.5 million people.

“I think with this new strain, we have to put all options on the table and these are sensible, rational options,” said Annastacia Palaszczuk, who was re-elected as Queensland premier in late October in part due to her centre-left government’s tough measures to contain Covid-19.