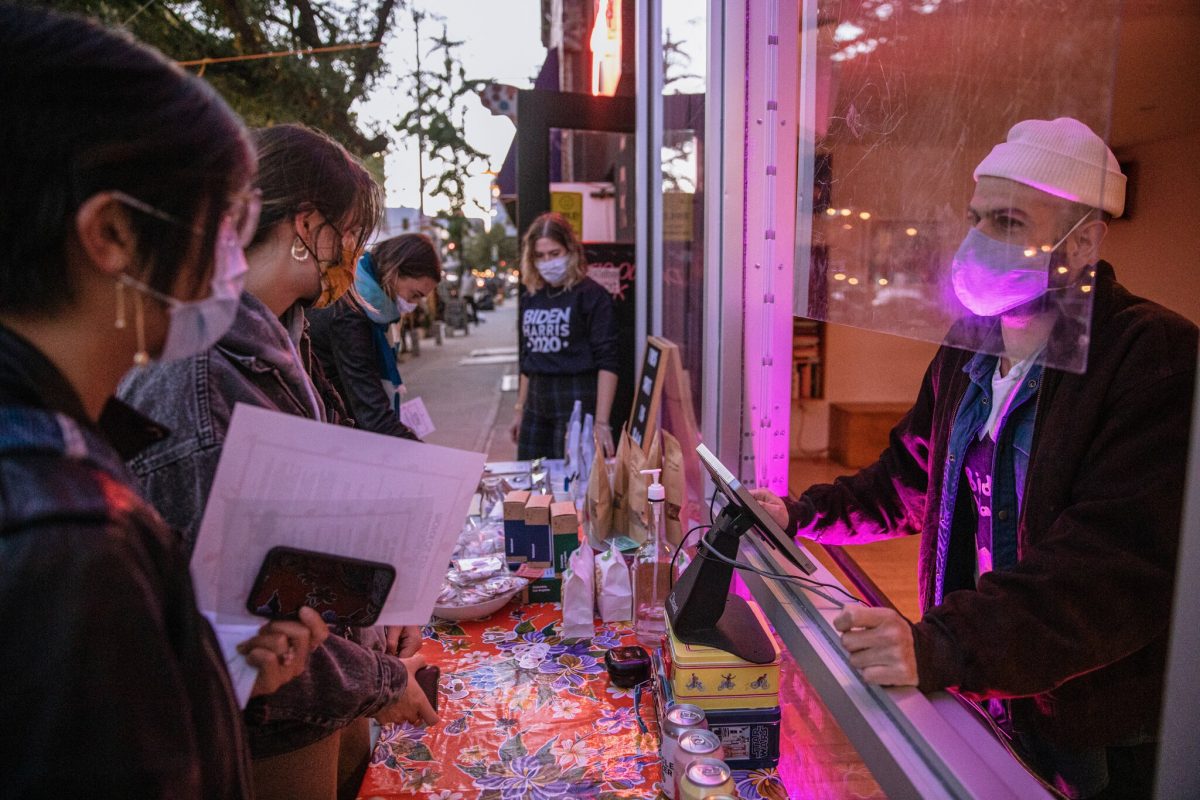 1. Inside One Brooklyn Restaurant’s Desperate Fight to Survive the Pandemic | New York Times

Half of New York City’s 24,000 restaurants could go out of business. Gertie is fighting to avoid becoming one of them.

On the second Saturday in March, the owners of Gertie, a Jewish-American luncheonette in Brooklyn, finalized a last step in the makeover of their year-old restaurant. They hired a new sous chef, an up-and-comer who had landed hours before on a one-way flight from Detroit.

By dinnertime, though, the restaurant was unraveling.

After spreading silently for weeks, the coronavirus had infected hundreds of people in New York and cast an eerie emptiness over the city and inside the restaurant, which had planned to debut a new menu. Instead, by the end of dinner service that Sunday, the owners pulled aside nearly all 25 employees and told them they were being let go.

Seven months later, Gertie is still standing, if barely, a battered symbol of an industry wrecked by a sweeping recession. Gertie is a shell of its former self — tables have been pushed aside in the darkened dining room, the espresso machine turned off, a case once filled with baked goods gathers dust — as the handful of remaining employees scrambles to reinvent itself on a nearly weekly basis. 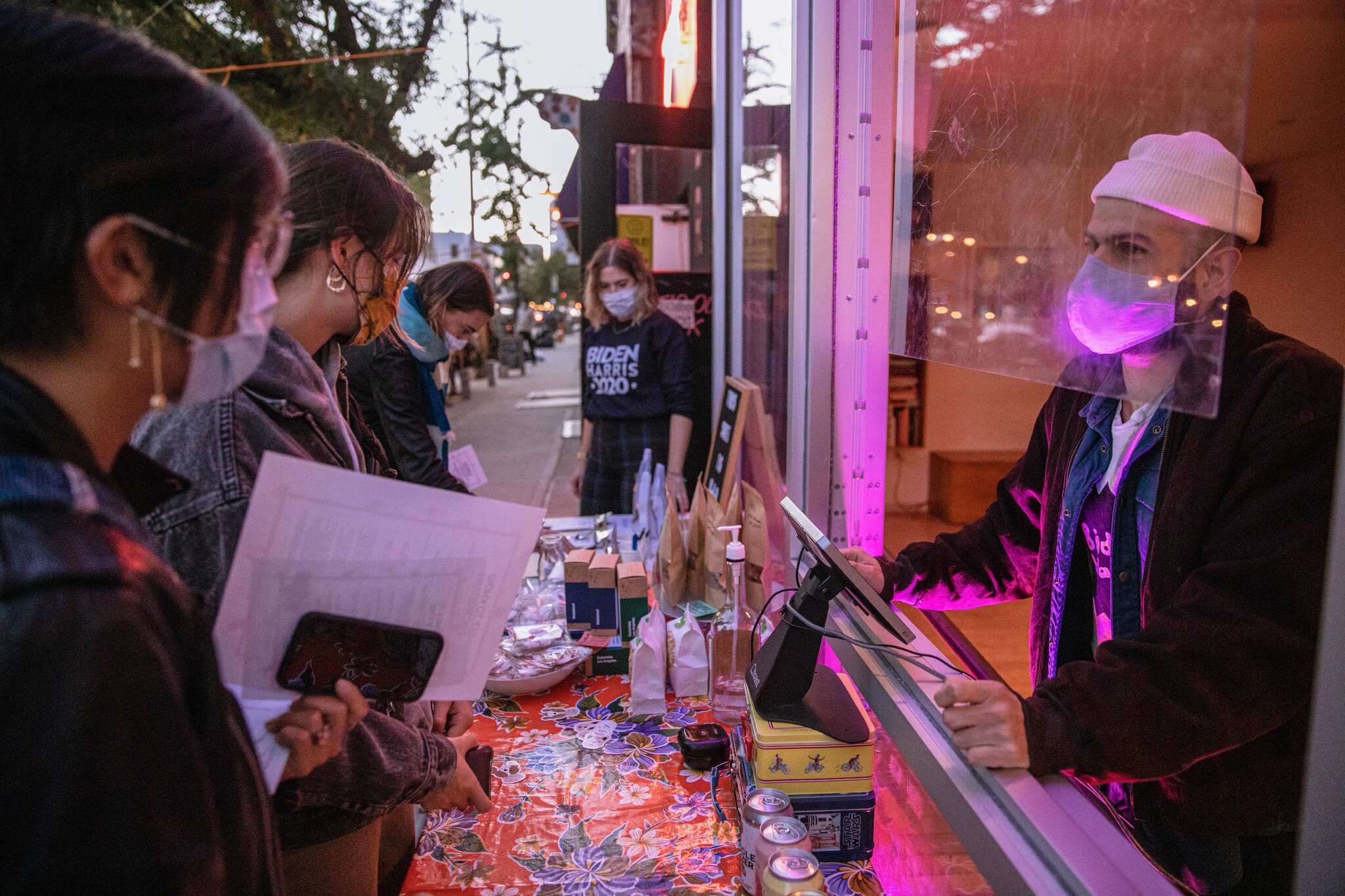 2. Tech Workers Take to the Mountains, Bringing Silicon Valley With Them | WSJ

The diaspora of tech talent is apparent in towns around the Rockies, where wealth and business activity are rising, along with property prices

Tech staffers from the Bay Area are relocating across the country, bringing to their new locales the woes and upsides that go with some of America’s highest-paying jobs.

Employers including Facebook Inc., Twitter Inc. and Stripe Inc. have liberated their staffers, allowing them to work from wherever they want. As a result, some are leaving the Bay Area to live in Western mountain communities that they had already been drawn to, like Boise, Idaho, and Park City, Utah. The transplants are adding more wealth and business to their…

3. The Capital of Sprawl Gets a Radically Car-Free Neighborhood | New York Times

On an empty lot near Phoenix, perhaps the most auto-addicted city in America, a start-up is betting $170 million on a more walkable future.

Phoenix, that featureless and ever-spreading tundra of concrete, has been called “the world’s least sustainable city.” It has been characterized as a “sprawling, suburbanite wasteland” and “a monument to man’s arrogance.” The Onion has darkly predicted that by 2050, “most of Earth’s landmass” will be swallowed by the encroaching Phoenix exurbs.

The Walk Score index ranks the place as the second-worst big city in America for pedestrians, and traversing it has been described as “a slog through a desert, plus the occasional McDonald’s.”

The Phoenix metropolitan area is, in other words, the last place you would expect a real estate developer to spend $170 million creating what it calls the first-ever car-free neighborhood built from scratch in the United States.

4. New York is about to kill a whole lot of landlords | New York Post

Gov. Andrew Cuomo and President Trump made sure to protect tenants by banning evictions during the pandemic, but public officials have done almost nothing for property owners. That’s inviting disaster.

Many of these landlords, particularly mom-and-pop small-building owners, have been struggling for months to make ends meet as the COVID crisis drags on.

Thousands of tenants haven’t paid full rent. Others, looking to escape the virus, violent crime and plunging quality of life, have fled, pushing up the vacancy rate and forcing owners to grant concessions.

Meanwhile, landlord bills — including property taxes and water and sewage fees — have mounted, without letup. Cleaning and other costs have actually soared, thanks to the pandemic.

5. Goldman Asks Most London Staff to Work at Home on New Lockdown | Bloomberg

Goldman Sachs Group Inc. has informed staff that only ‘in-office essential’ employees can work from its London office after Boris Johnson announced a new nationwide lockdown to arrest an accelerating second wave of the virus.

Goldman has told the vast majority of its more than 5,000 London employees to work from home from Nov. 5, with only essential workers permitted to come to its Plumtree Court building, according to an internal memo Sunday by Richard Gnodde, the bank’s international head.

Each division’s management will determine who falls into the ‘essential’ category, according to the memo. Goldman is closing its office gym starting today, but showers and changing rooms will remain open for commuters. The on-site health center and nursery will remain open to support those coming to the office.

PREIT, the troubled owner of malls throughout the region, including Center City’s Fashion District Philadelphia, filed for Chapter 11 bankruptcy Sunday in what it describes as a prepackaged restructuring plan aimed at unlocking $150 million in new borrowing.

PREIT, whose initials stand for Pennsylvania Real Estate Investment Trust, said in a news release that it will continue operations without interruption while it obtains necessary approvals for the plan.

The Chapter 11 petition comes about two weeks after the company first outlined the restructuring plan, saying it aimed to avoid a bankruptcy filing by persuading all of its lenders to back the proposal. It ultimately received support from 95% of its creditors, it said in the release.

“With the overwhelming support of our lenders, we look forward to quickly emerging from this process as a financially stronger company with the resources and support to continue creating diverse, multiuse ecosystems throughout our portfolio,” PREIT chief executive Joseph F. Coradino said.

7. Rent prices drop again in S.F. and other Bay Area cities, but ‘freefall’ may be slowing | San Francisco Chronicle

The ultra-pricey Bay Area continues to lead the nation in declining housing rental prices, but new data show the pandemic “freefall” may be slowing.

In October, San Francisco once again topped the U.S. list for biggest rental price decreases, according to listing websites Zumper and Apartment List. Zumper reported that the average one-bedroom rent in the city was $2,800, a decline of 1.1% from the previous month and a 20.7% decline year over year.

Oakland had the largest one-bedroom median rent decrease from the previous month, falling 5.2%, but it’s still the fifth most expensive rental market in the country.

Singapore has established itself as a hub for real estate investment trusts over the past two decades. Now, following the initial blow from the Covid-19 outbreak, its REITs are slowly coming back to the market with a mission: resume their global expansion.

Gordon Tang and his wife Celine, who have one of the biggest REIT stakes in Singapore, are among those leading the charge. Suntec Real Estate Investment Trust, of which they own about one-tenth, completed the acquisition of a 50% holding in a London property last month, finalizing a 430.6 million pound ($557 million) deal that had been put on hold with the pandemic.

9. Bitcoin Is Back Trading Near Three-Year Highs | WSJ

The digital currency is up 90% this year, outpacing stocks, gold and other assets

The price of the digital currency has surged about 90% in 2020 and traded as high as $13,848 on Tuesday, according to CoinDesk. That is the highest level since January 2018, when bitcoin was coming down from its record high of $19,783 set in the previous month.

There were no lines outside Irvine, California’s new Amazon Fresh grocery store on its opening day last week, despite the fact that it was only the second such location in the world — and the first to be open to the public on day one. But after early visitors discovered the store’s high-tech shopping carts, two lines formed over the weekend, stretching past Amazon’s front doors to adjacent retailers in the suburban plaza. One line was longer and moving slower than the other.

“Do you want to try the Dash Cart?” an employee asked people near the end of the queue. “If not, you can move into the shorter line, and you’ll get in faster.”