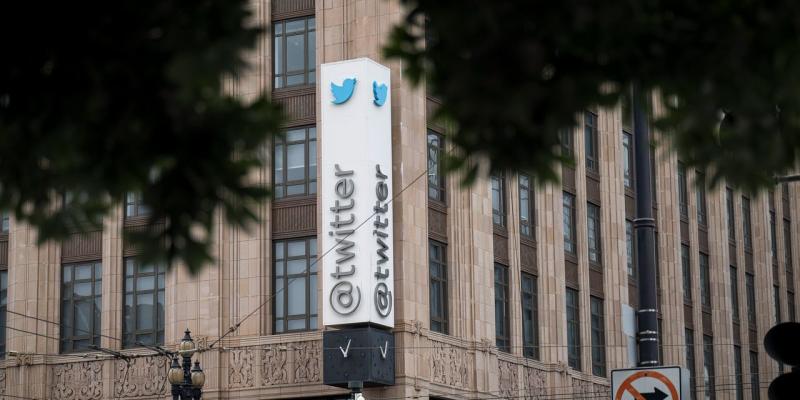 The technology boom elevated San Francisco office rents to the highest levels in the country. Now during the pandemic, these buildings are suffering the biggest rent declines.

A number of big tech firms are exploring cheaper cities or allowing their employees to work at home, setting the stage for an extended downturn in the office market.

In a report led by Democrats, lawmakers said Apple, Amazon, Google and Facebook needed to be checked and recommended reforming antitrust laws.

WASHINGTON — House lawmakers who spent the last 15 months investigating the practices of the world’s largest technology companies said on Tuesday that Amazon, Apple, Facebook and Google had exercised and abused their monopoly power and called for the most sweeping set of changes to antitrust laws in half a century.

In a 449-page report that was presented by the House Judiciary Committee’s Democratic leadership, lawmakers said the four companies had turned from “scrappy” start-ups into “the kinds of monopolies we last saw in the era of oil barons and railroad tycoons.” The lawmakers said the companies had abused their dominant positions, setting and often dictating prices and rules for commerce, search, advertising, social networking and publishing.

The California-based company founded in 2016 has over USD1.2 billion under management, raised from industry stakeholders via several funds. The investment in the Fund is a strategically important move for BNP Paribas Real Estate, envisioning that innovative tech solutions will be critical for developing better buildings and cities.

The launch of the Fund in Europe is an important next step for Fifth Wall and follows on from its success in the North American market, offering a gateway for European firms to the US and further afield.

The Fund aims mainly to identify and invest in the most promising European proptech startups and to accelerate European real estate innovation adoption, replicating the success with Fifth Wall’s prior funds, which were focused on investing primarily in US-based startups.

The public health crisis has acted as an accelerator for pre-Covid-19 trends, including digitalisation, the low carbon economy and agile working, all areas where BNP believes tech solutions are pivotal in driving this forward.

Microsoft in June announced a sweeping racial justice plan, including an initiative to spend $150 million on diversity and inclusion programs, and double its number of Black and African American managers and senior employees by 2025 in the U.S.

Now the United States Department of Labor Office of Federal Contract Compliance Programs (OFCCP) is taking a closer look at the company’s hiring and whether it constitutes unlawful discrimination on the basis of race.

“We have every confidence that Microsoft’s diversity initiative complies fully with all U.S. employment laws,” Dev Stahlkopf, corporate vice president and general counsel at Microsoft, wrote in a blog post published Tuesday. “We look forward to providing the OFCCP with this information and, if necessary, defending our approach.”

The OFCCP asks Microsoft to “prove that the actions we are taking to improve opportunities are not illegal race-based decisions,” according to the company’s blog post.

We’ve reached out to the OFCCP to learn more about its inquiry and whether other tech companies were contacted. Google, Facebook, and others have made similar commitments in recent months.

Cold-storage facilities are having a moment as the food supply chain adapts to the pandemic, and investors are taking notice

Cold storage is becoming one of the hottest real-estate investments during the pandemic.

Lineage Logistics LLC, the world’s largest landlord of temperature-controlled warehouses, concluded a fundraising round last month that brought in $1.6 billion. It is expected to pursue a public offering, according to commercial real-estate analytics firm Green Street.

When Salesforce Ventures launched the first $50 million Impact Fund in 2017, it wanted to invest not only in promising cloud businesses, but startups with a socially positive mission. Today, the company launched the second Impact Fund, this time doubling its initial investment with a new $100 million fund

The latest fund is also designed to help bring more investment into areas that the company feels needs to be emphasized as a corporate citizen beyond pure business goals including education and reskilling, climate action, diversity, equity and inclusion, and providing tech for nonprofits and foundations.

Suzanne DiBianca, Chief Impact Officer and EVP of Corporate Relations at Salesforce says the money is being put to work on some of the world’s most pressing social issues. “Now more than ever, we believe business can be a powerful platform for change. We must leverage technology and invest in innovative ideas to drive the long-term health and wellness of all citizens, enable equal access to education and fuel impactful climate action,” DiBianca said in a statement.

7. Space company Momentus looks to go public through a SPAC with near $1 billion valuation | CNBC

Space transportation company Momentus is in final talks to go public through an acquisition by Stable Road Capital, a person familiar with the discussions told CNBC on Tuesday.

The company would go public through the special purpose acquisition company, or SPAC, which Stable Road raised $172.5 million for in November 2019. The deal values Momentus at near $1 billion, the person added.

Momentus is a Santa Clara, California-based company that offers a “last mile delivery” service for spacecraft. The core of Momentus’ business is Vigoride, which is a transfer vehicle that helps deliver satellites from a rocket to a specific orbit. Vigoride consists of a frame, an engine, solar panels, avionics and a set of satellite deployers and is especially designed for satellites that hitch a ride on large rockets, an increasingly popular industry practice called ridesharing.

The company launched its first demonstration mission last year, which proved that the key part of its transfer vehicle — the water plasma engines — worked. It has the first mission for Vigoride lined up this year, currently slated for launch on a SpaceX Falcon 9 rocket in December.

To date Momentus has raised almost $50 million from investors including Prime Movers Lab and Y Combinator. The company has more than 60 employees, growing quickly since its founding in 2017.

The market for Momentus’ transfer vehicles comes into play due to the increasing popularity of small satellites, which still need a way to get from the orbit the rocket drops them off in to the spacecraft’s destination orbit. It has the first mission for its Vigoride spacecraft lined up this year, currently slated for launch on a SpaceX Falcon 9 rocket in December.

“I have instructed my representatives to stop negotiating until after the election when, immediately after I win, we will pass a major Stimulus Bill that focuses on hardworking Americans and Small Business,” Trump said Tuesday in a tweet.

Stocks tumbled after Trump’s posting called an end to months of hard-fought negotiations between the administration and Congress. Democrats had most recently pushed a $2.2 trillion package that failed to garner Republican support in the House, while the White House had endorsed $1.6 trillion.

The S&P 500 Index closed down about 1.4%, after having risen earlier in the day in the wake of Powell’s mounting pressure on policy makers to act.

House Speaker Nancy Pelosi continued to insist on $2 trillion or more in stimulus, according to a Republican familiar with the negotiations, while the GOP lacked votes for such a large package.

The legislation that the House passed last week with only Democratic support also had measures opposed by Republicans, including government-funded health coverage for abortions and stimulus checks for undocumented immigrants.

New buyers have emerged for Baldwin Hills Crenshaw Plaza, a sprawling regional mall that has been a focal point of the South Los Angeles community since shortly after World War II but has struggled for business in recent decades.

New York real estate companies LIVWRK and DFH Partners have been selected by the current owners to acquire the 40-acre property at Crenshaw and Martin Luther King Jr. boulevards, the sellers said.

The sale is expected to close before the end of the year. No price was disclosed, but offers to buy the mall earlier this year, including one from Los Angeles developer CIM Group, exceeded $100 million.

CIM Group agreed to buy the mall in April but backed out of the deal in June in the face of resistance from neighborhood activists who objected in part that CIM’s plans didn’t add housing to the complex, which was approved by the city for previous owners, and would focus instead on converting vacant department stores to offices for rent.

The founder of LIVWRK, Asher Abehsera, said he will talk to local residents before deciding on a makeover plan. “A project of this scale affords a mix of uses,” he said.

10. This extremely slippery VR treadmill could be your next home gym | The Verge

The Virtuix Omni One is supposed to ship next year

Virtual reality startup Virtuix is building a VR treadmill for your home. The Omni One is an elaborate full-body controller that lets you physically run, jump, and crouch in place. Following an earlier business- and arcade-focused device, it’s supposed to ship in mid-2021 for $1,995, and Virtuix is announcing the product with a crowdfunding investment campaign.

The crowdfunded Virtuix Omni started development in 2013. It’s not a traditional treadmill — it’s a low-friction platform that’s used with special low-friction shows or shoe covers and a harness. (You may remember the overall VR treadmill concept from Steven Spielberg’s Ready Player One.) As an Omni One prototype video demonstrates, the device basically holds you in place while your feet slide across the platform, and that movement gets translated into a VR environment. We’ve tried earlier iterations of the Omni, and it’s an awkward yet fascinating experience.