Sheldon Adelson’s Las Vegas Sands Corp. is exploring the sale of its casinos in Las Vegas, according to people with knowledge of the matter, a move that would leave the mogul focused on Asia and mark his exit, for now, from the U.S. gambling industry.

The world’s largest casino company, Sands is working with an adviser to solicit interest for the Venetian Resort Las Vegas, the Palazzo and the Sands Expo Convention Center, which together may fetch $6 billion or more, said the people, who asked to not be identified because the talks are private. The properties are all connected along the city’s famous strip.

A representative for Las Vegas Sands confirmed it was in very early discussions about a sale and that nothing has been finalized.

A sale would concentrate Sands’ casino portfolio entirely in Macau and Singapore, two larger casino markets for Adelson, who ranks as one of the world’s richest people, with a fortune estimated at $29.7 billion. The U.S. was already a small and shrinking part of his business, accounting for less than 15% of revenue last year. 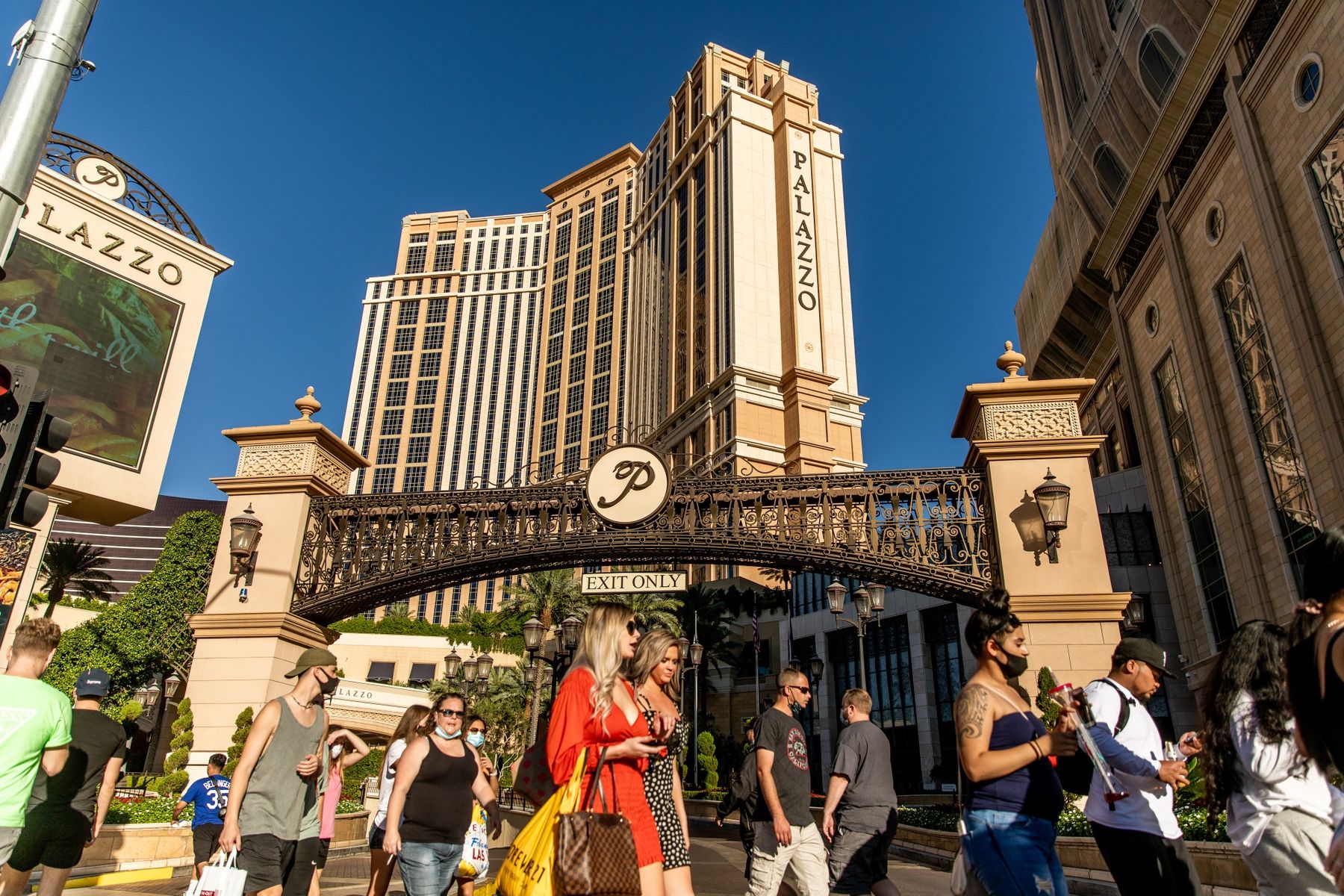 Warehouse operators across the U.S. are rushing to hire workers amid a boom in online sales, a bright spot for a labor market that faces mounting challenges.

With purchases of everything from sweatpants to toilet paper set to hit a holiday record, companies that order, pack and ship goods are moving up seasonal hiring earlier in the year and converting gig positions to full-time roles at a faster clip than before, according to employers and staffing agencies. Many are also raising wages and lowering the bar on education and experience requirements to get people in the door.

While overall employment across the U.S. is still nearly 11 million below pre-virus levels, the warehousing and storage industry is one of the few sectors where employment is actually higher than before the pandemic: 1.25 million people were on payrolls in September, about 46,000 more than in February.

The mammoth IPO, which spans Shanghai and Hong Kong, adds to an already frenetic year for China’s capital markets, which are enjoying a boom in share sales despite heightened tensions with the U.S.

4. Why N.Y.C.’s Economic Recovery May Lag the Rest of the Country’s | The New York Times

More than one million residents are out of work, and the unemployment rate is nearly double the national average.

New York, whose diversified economy had fueled unparalleled job growth in recent years, is now facing a bigger challenge in recovering from the pandemic than almost any other major city in the country. More than one million residents are out of work, and the unemployment rate is nearly double the national average.

The city had tried to insulate itself from major downturns by shifting from tying its fortunes to the rise and fall of Wall Street. A thriving tech sector, a booming real estate industry and waves of international tourists had helped Broadway, hotels and restaurants prosper.

But now, as the virus surges again in the region, tourists are still staying away and any hope that workers would refill the city’s office towers and support its businesses before the end of the year is fading. As a result, New York’s recovery is very likely to be slow and protracted, economists said.

5. White Castle rolls out more robots from Miso Robotics to cook in its kitchens | TechCrunch

Expanding a partnership with Miso Robotics, around 10 new White Castle locations will be rolling out the Pasadena, Calif.-based company’s robotic fry cook.

The move accelerates the adoption of Miso Robotics’ newly designed Flippy robot into kitchens to speed up production and allow more staff to work in the front of the house to service customers, the companies said in a statement.

White Castle first announced its pilot with Flippy in July as COVID-19 was beginning to spread around the country and presenting risks for kitchen staff and customers alike.

The need to limit staff while keeping up cooking speeds presented a challenge for the restaurant chain and it turned to Miso Robotics’ fry cook in a box to find a solution.

TechSee, which describes itself as an “intelligent visual assistance” company, today closed a $30 million investment round led by OurCrowd, Salesforce Ventures, and Telus Ventures. A spokesperson for the startup says the capital injection will be used to enter new markets and verticals while expanding TechSee’s product offerings and capabilities.

The augmented reality market is estimated to grow from $10.7 billion in 2019 to $72.7 billion by 2024, according to a recent Markets and Markets report. At least a portion of that growth has been driven by field service applications; technicians are faced with the challenging task of working on equipment with varying technical specifications, often in confined or hard-to-reach spaces. With AR apps, they could have all of the information they need displayed in front of them while keeping their hands free to work.

Just weeks after closing its acquisition of TD Ameritrade, Charles Schwab Corp. announced Monday it will lay off about 1,000 employees, or 3% of its combined workforce.

“Today, we are taking further steps to bring our companies together —streamlining our structure and reshaping our branch network,” Schwab said in a statement. “As a result, we have begun notifying individuals that their roles have been eliminated and they will be leaving the firm.”

“These reductions are part of our efforts to reduce overlapping or redundant roles across the two firms, but the combined firm will continue to hire in strategic areas critical to support our growing client base,” Schwab said.

The $26 billion merger finalized Oct. 6, creating a discount brokerage with around $6 trillion in client assets.

With Bitcoin’s price continuing to hold close to $13,000, one crypto wallet has moved more than $1 billion of the digital asset.

Data from analytics platform CrystalBlockchain appears to show that the user sent the coins from an address labeled as a Xapo Bitcoin wallet. Because Coinbase Custody acquired Xapo’s institutional business in 2019, it is possible that the $1.1 billion in Bitcoin originated from the U.S.-based exchange.

Some of America’s largest residential landlords have moved to boot thousands of tenants from their homes during the coronavirus pandemic despite federal eviction protections, a new report says.

Big corporate landlords have filed nearly 10,000 eviction actions in courts across five states even though the Centers for Disease Control and Prevention has barred them from kicking out many tenants who can’t pay rent because of the COVID-19 crisis, NBC News reported Monday.

While the CDC rules say such tenants can’t be physically removed from their homes before the end of the year, they allow landlords to start eviction proceedings now and don’t require them to tell tenants about the protections that are available.

10. Tishman Speyer jumps on the SPAC bandwagon | The Real Deal

Through a newly formed SPAC, or special-purpose acquisition company, the landlord is looking to merge with a proptech company, according to a regulatory filing Friday. TS Innovation Acquisitions Corp. will be valued at $375 million following its IPO, the filing said.

As one of the country’s largest commercial landlords with 78 million square feet of real estate, Tishman Speyer is hoping its industry experience will give it an edge in a space that’s become crowded with the likes of billionaire Bill Ackman to Oakland Athletics exec Billy Beane.