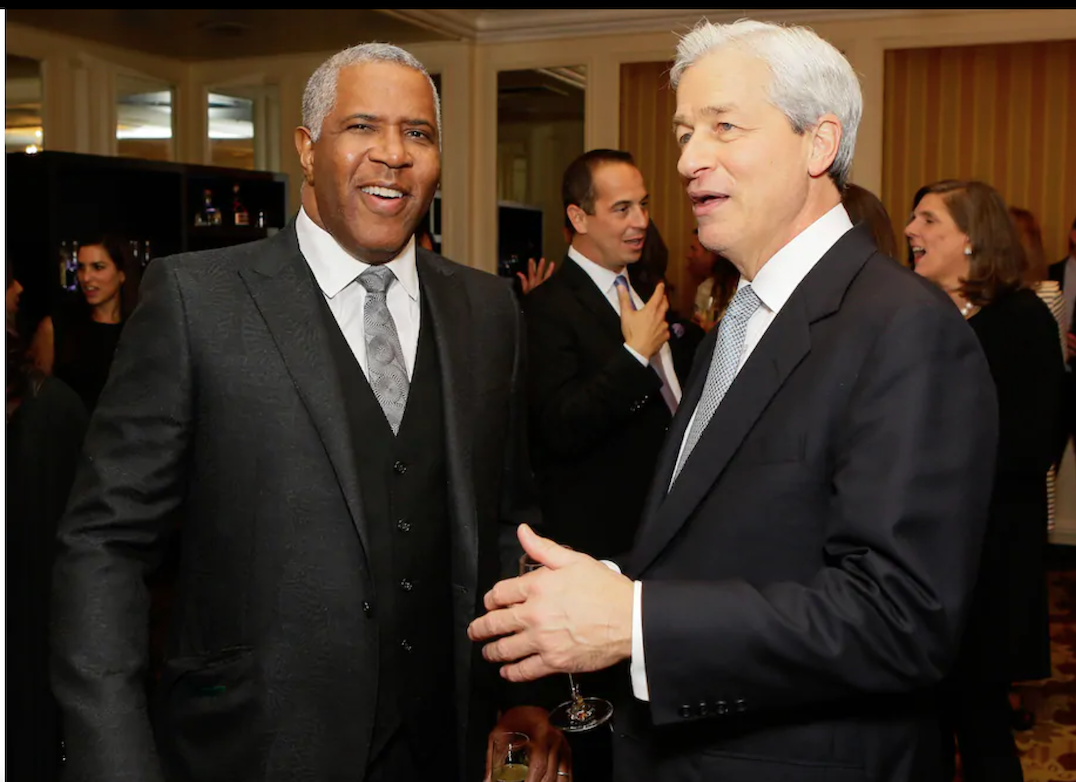 1. A dodgy deal helped make him a billionaire. It worked, until now. | Washington Post

Billionaire Robert F. Smith says “I should never have put myself in this situation.”

By the time Brockman and Smith met in 1997, Smith seemed destined for success. Ambitious and determined, he has described himself as the product of what he has called “a family of achievers.”

Growing up in Denver at the beginning of desegregation, Smith took a bus across town from his predominantly Black neighborhood to attend mostly White schools. Both his parents had earned doctorates in education, he has said.

“My older brothers were with me, walked down to the end of the block, get on the bus, and drive for 35, 40 minutes — seemed like forever,” he said in a 2019 interview with Reid Hoffman, co-founder of LinkedIn. “To now walk into a community of students that looked nothing like the kids I was accustomed to. But like all things, the thing we figured out was guess what? We had more alike than we had different. … That was a big part of my upbringing.”

More companies are looking to dump excess office space by renting it out to new tenants, flooding the market with additional supply that could depress U.S. office rents.

With many employees planning to keep working from home for the foreseeable future, big corporate tenants in city centers say they have a surplus of office space. Most of those companies are locked into long leases of as long as 20 years and have little opportunity to get out of these agreements.

Venture capital continues to get a founder makeover.

Two years ago, I profiled Spearhead, a new program and fund created by Jeff Fagnan at Accomplice and Naval Ravikant, the co-founder of AngelList, to mentor leading founders into becoming the next-generation of angel and seed investors.

The premise remains simple: offer founders with great networks and hustle $1 million in capital to go out and start writing angel checks and build their own portfolio. Provide a bit of infrastructure and support to guide their decisions, but otherwise, empower founders to learn the craft of investing, and in the process, perhaps even improve their own fundraising prowess.

Well, a lot has changed in the early-stage world, both broadly and with Spearhead over the past nearly three years.

4. Wyze releasing a $199 ‘Robot Vacuum’ to clean up on competitors in the evolving smart home | GeekWire

Wyze Labs’ vision of a smarter home, full of its cameras and other products, is also going to be a cleaner place. The Seattle-based company announced a new Wyze Robot Vacuum on Tuesday, available for pre-order now at $199.

The price undercuts other autonomous cleaning devices on the market while still offering many of the premium tech features, such as LIDAR precision location mapping, virtual walls, scheduled sweeps and more.

Wyze co-founder and CEO Yun Zhang said in a news release that deciding to produce a smart vacuum involved determining what Wyze could do better than the existing market.

“Customer feedback revealed that a robot vacuum without LIDAR just didn’t cut it in the home,” Zhang said. “Customers were either forced to pay exorbitant prices for vacuums with satisfactory features or face the alternative of purchasing modestly priced vacuums that just barely cut it.”

Upland is launching virtual asset trading using Second Life’s payment network, dubbed Tilia Pay. That means that you’ll be able to acquire real-world properties in Upland’s virtual world and sell them for a profit that comes back to you in real cash.

This is an example of what goes around comes around in Silicon Valley. Back in 2010, Keith Lee started a company called Booyah, which created MyTown. It was a version of Monopoly where you used real-world locations and could take them over.

With Palo Alto, California-based Upland, that same game has been updated with technologies such as blockchain and non-fungible tokens (NFTs). The company sees this as the beginning of a metaverse, the universe of virtual worlds that are all interconnected, like in novels such as Snow Crash and Ready Player One. (We’re doing a metaverse conference on January 27).

Hopin, a fledgling U.K. startup that is gaining ground in the burgeoning virtual events space, has raised $125 million in a series B round led by IVP and Tiger Global. This raise values the 17-month-old company at a staggering $2.1 billion.

It has been a whirlwind year for Hopin, which arrived in 2019 shortly before the pandemic struck. With social distancing and remote work becoming the norm for millions of people, businesses canceled their big-budget brick-and-mortar events in droves, embracing livestreams and similar virtual alternatives.

Hopin’s gargantuan raise, which follows a $6.5 million seed round in February and its $40 million series A just five months ago, validates some impressive metrics. The company has grown from eight employees, 5,000 registered users, and 1,800 client organizations eight months ago to 200 employees, 3.5 million users, and 50,000 organizations today. And it plans to make a further 150 hires by the end of the year.

A sharp increase in the use of online rental applications since the start of the coronavirus pandemic has caused a consequent jump in red flags for fraud.

The percentage of so-called fraud triggers detected by TransUnion increased nearly 30% from March to August, according to the credit reporting agency.

TransUnion defines fraud triggers as applicant statuses with failed authentication and/or identified as high risk. They reached a high of 15.2% in August, compared with 10.3% over the same period last year.

Big companies that own single-family homes are raising rents at the fastest rate since they emerged from last decade’s foreclosure crisis, capitalizing on a rush for suburban housing.

Though millions of Americans are still struggling to pay rent and at risk of eviction, the bet on six-figure-earning suburbanites by companies such as Invitation Homes Inc. and American Homes 4 Rent has so far been pandemic proof.

9. Hotels Lag in Energy Sustainability. One Project May Change That. | The New York Times

A developer converting a Brutalist office building in New Haven, Conn., into a hotel with net-zero energy standards hopes it will be a model for the industry.

The hotel industry has fallen behind other real estate sectors in adopting energy-efficiency measures, but a Connecticut developer hopes to change that by converting an office building into what could be the most energy-efficient hotel in the country.

The $50 million gamble aims to revive the long-vacant Armstrong Rubber Company headquarters, a distinctive concrete box in New Haven that was designed by the Modernist architect Marcel Breuer in the late 1960s, as a 165-room boutique hotel to be called the Hotel Marcel.

The developer and architect, Bruce Becker, is building the hotel to meet net-zero energy standards, meaning it will generate as much energy as it uses.

D.R. Horton Inc. reported strong fourth-quarter results and guided above Wall Street expectations as low interest rates and a flight to the suburbs amid the COVID-19 pandemic fueled a building boom.

The Arlington, Texas-based homebuilder reported fourth-quarter profit surged 64% from a year ago to $829 million, or $2.24 per share. Wall Street analysts surveyed by Refinitiv were expecting a profit of $1.76 per share.

“The D.R. Horton team finished the year strong,” Donald R. Horton, chairman of the board, said in a statement. “With a record 65,388 homes closed in fiscal 2020, D.R. Horton completed its 19th consecutive year as the largest homebuilder in the United States.”