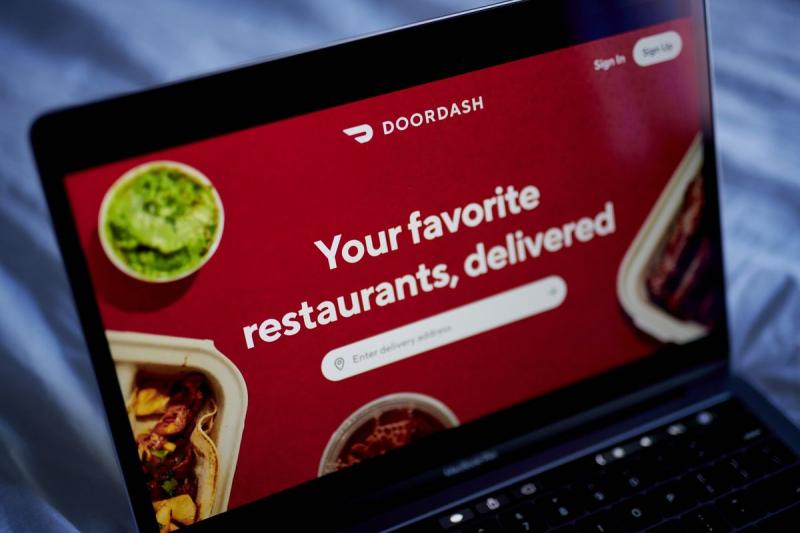 December is set to be the busiest year-end on record for initial public offerings in the U.S., with DoorDash Inc. and Airbnb Inc. ready to start trading this week in long-awaited listings.

The two startups, which are aiming to raise a combined $6.2 billion at the top-end of their price ranges, will propel the month’s IPO volume to all-time high, surpassing the $8.3 billion mark set in December of both 2001 and 2003, according to data compiled by Bloomberg. IPOs on U.S. exchanges have already raised a record $156 billion this year, the data show.

Both listings got an additional boost as the companies headed into the final stretch of marketing their shares. DoorDash upped the price range for its stock in a Friday filing, while Airbnb is planning to follow suit and increase its price range ahead of its IPO, people familiar with the matter said Sunday. The companies are now each expected to raise as much as $3.1 billion, putting them among the top five biggest U.S. IPOs of 2020.

Private companies that sat out the market chaos in the early days of the Covid-19 pandemic — and were awaiting a final outcome in the U.S. election — are now rushing to go public. Airbnb and DoorDash will quickly be followed by three other mega-listings that could add billions of dollars to the IPO tally.

Also on deck to go public this month are Affirm Holdings Inc., which lets online shoppers pay for purchases such as Peloton bikes in installments, online video-game company Roblox Corp. and ContextLogic Inc., the parent of discount online retailer Wish. Each is likely to attain a valuation of tens of billions of dollars in its listing.

PropTech Investment II, the second blank check company led by partners at Hennessy Capital targeting a real estate technology business, raised $200 million by offering 20 million units at $10. The company offered 2.5 million more units than anticipated. Each unit consists of one share of common stock and one-third of a warrant, exercisable at $11.50.

The company is led by Co-CEO and Chairman Thomas Hennessy and Co-CEO, CFO, and Director Joseph Beck, who are currently Managing Partners of Real Estate Strategies at Hennessy Capital and previously served as Portfolio Managers at ADIA. The Co-CEOs’ first property technology SPAC, PropTech Acquisition (PTAC; +9% from $10 offer price), is currently pending a combination with home services software provider Porch.com.

3. Nearly a third of workers don’t want to ever return to the office | Fortune

The vaccines are on their way. So far, they appear so effective that Dr. Anthony Fauci even thinks we may have packed stadiums return in the summer of 2021.

That also means more employers will begin to reopen their offices—and we’ll get to see to what degree WFH sticks around.

Here’s what we found.

The numbers to know:

… of workers say they expect their employer to make permanent policies changes to expand remote working post-pandemic. 31% say they don’t expect permanent changes, and 21% are unsure.

… of hiring managers say they’re likely to consider a remote candidate when hiring for a position on their team. 32% said they’d be unlikely to, and 25% are neutral.

… of workers are feeling burned out.

4. You Don’t Need a Home Office to Work From Home | WSJ

Eight years ago, Ojai, Calif.-based designer Vina Lustado created an off-the-grid tiny house so she could live a simpler, more sustainable lifestyle. The 140-square-foot home includes a workspace with a built-in wooden desk, and is furnished with storage units that nest inside each other and can be moved easily throughout the space.

While Ms. Lustado designed the tiny house for herself, the result—a seamless, minimalist living space for sleeping, cooking, eating and working—resonated with her clients. “People asked me to design their homes and offices to maximize efficiency with a very minimal square footage,” she says.

Fast forward to the coronavirus outbreak, which sent homeowners scrambling to configure their spaces for a new normal of working and schooling from home. Interest in a prefab, modular tiny home designed by Ms. Lustado’s firm, Sol Haus Design, soared. She will begin installing the outbuilding, which costs between $120,000 and $150,000, in backyards next year.

A plethora of virtual event platforms have gained significant traction in a year marked by social distancing. Germany’s Wonder is another new contender to throw its hat in the ring with the promise to make large online gatherings more sociable.

The Berlin-based startup, which was founded back in April initially as Yotribe, today announced that it has raised a substantial $11 million seed round of funding led by EQT Ventures, with participation from BlueYard Capital.

Much in the same way as an in-person meetup may start out as a large scale gathering before segueing into more intimate bubbles as people network, Wonder is setting out to enable smaller, more organic video-based interactions within a larger virtual conference setup. On the surface, this sounds like similar features in the countless other events platforms out there, many of which have breakout spaces, but by using a map-like interface guests using Wonder can see at a glance who is speaking to whom, and move their avatars around to join a conversation in a virtual room.

French startup Luko has raised a $60 million Series B funding round (€50 million). The round is led by EQT Ventures, with existing investors Accel, Founders Fund and Speedinvest also participating.

Some angel investors with a background in insurance and technology are also investing in the startup, such as Assaf Wand, the co-founder of Hippo Insurance.

Luko is selling home insurance products for both homeowners and renters. And the company has managed to attract 100,000 clients so far. Over the past yearor so, the company has grown quite rapidly, jumping from 15,000 customers to 100,000.

In addition to a speedy on-boarding process, Luko has been refining its insurance product to make the experience better for the client. For instance, Luko doesn’t want to benefit from unused premiums.

New York (CNN Business)Owning a home was never a priority for Kenyan immigrant Lynne Poole or her husband, Aaron prior to 2020. The newlyweds, like many Millennials, enjoyed the lifestyle that came with renting an apartment in a major city — in their case, Denver.

Lynne, 31, moved there in 2016 to earn her master’s degree in communications management before landing a marketing gig at Rental Kharma, a Denver-based company.

But everything changed in March, when Denver Mayor Michael Hancock declared a state of emergency because of Covid-19 and ordered local venues to close. Suddenly, the Pooles’ 15th floor one-bedroom across the street from the governor’s mansion wasn’t so appealing.

It’s battle stations at the Crossroads of the World, where Scott Rechler’s RXR Realty is ramping up to re-fill its 39-story, 1.1 million square-foot 5 Times Square, which will soon be empty.

It opened at the corner of Seventh Avenue and West 42nd Street in 2002 as one of the quartet of commercial giants that defined the “new Times Square.” Ernst & Young was former owner Boston Properties’ anchor tenant.

But in 2022, EY, as it’s now known, will move to Manhattan West. The retail spaces are already vacant. RXR has its work cut out now that leasing has slowed to a crawl, Times Square remains mostly desolate, and companies are putting oodles of space up for sublease.

RXR, which owns the tower in a joint venture with investor David Werner, is spending $50 million more on upgrades — notably, an elevator connection for the first time between the lobby and the huge subway station below.

9. Police Drones Are Starting to Think for Themselves | The New York Times

CHULA VISTA, Calif. — When the Chula Vista police receive a 911 call, they can dispatch a flying drone with the press of a button.

On a recent afternoon, from a launchpad on the roof of the Chula Vista Police Department, they sent a drone across the city to a crowded parking lot where a young man was asleep in the front seat of a stolen car with drug paraphernalia on his lap.

When the man left the car, carrying a gun and a bag of heroin, a nearby police car had trouble following as he sprinted across the street and ducked behind a wall. But as he threw the gun into a dumpster and hid the bag of heroin, the drone, hovering above him, caught everything on camera. When he slipped through the back door of a strip mall, exited through the front door and ran down the sidewalk, it caught that, too.

The reach for revenue goes beyond the rarefied condo towers of Manhattan’s Billionaire’s Row, with different taxing methods for every category of homes owned by part-time residents across the boroughs. And it comes as more New Yorkers are temporarily living elsewhere, a feature of pandemic life that may continue even as the public-health crisis subsides.

Democratic legislators updated their long-running proposal for a New York City “pied-a-terre tax” in October and sent it to committee for review before an official introduction in January. With a veto-proof majority now in both the state senate and assembly, Democrats are pushing again for a levy that could raise about $390 million annually, according to Senator Brad Hoylman, a sponsor of the measure.

“This tax is certainly a priority for the 2021 state legislative session,” said Hoylman, whose district stretches from Manhattan’s Upper West Side to Chelsea and Greenwich Village.