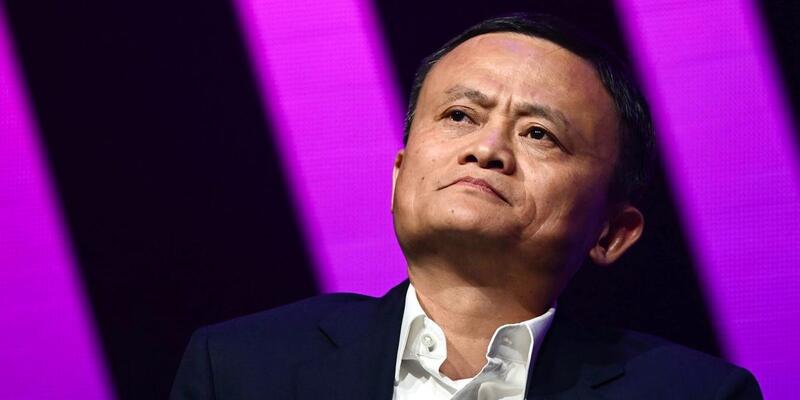 The 56-year-old businessman has not been seen in public for more than two months, per the report.

Ma has been in the spotlight recently as China has cracked down on his business empire. In late December, Chinese regulators launched an antitrust investigation into Alibaba, the country’s biggest e-commerce company that some refer to as “the Amazon of China.” And in November, China had introduced a series of new regulations that put a halt to what would have been the massive initial public offering of Ma’s fintech company, Ant Group.

The new rules came weeks after Ma criticized China’s financial regulatory system at a conference in Shanghai in October. At the conference, Ma reportedly dismissed the global financial regulations used by China as “an old people’s club” and said, “We can’t use yesterday’s methods to regulate the future.”

Working from home is likely here to stay, and fewer cars on the road during rush hour means less traffic

Before the coronavirus upended daily life, it took transportation planner Patrick Mandapaka an hour to commute to work near downtown Houston. When the pandemic eases, he expects lighter traffic will shave 15 to 30 minutes off that drive—time he can spend with family or on his favorite walking trail instead of staring at car bumpers.

Workers across the U.S. can look forward to similarly improved post-pandemic commutes, thanks to the anticipated staying power of the work-from-home trend, say people who study transportation.

Even after offices reopen on a large scale, many employees will likely go in only a few days a week and a large share will have flexibility to travel at off-peak times, according to recent surveys. Fewer cars on the road during rush hour would mean less traffic congestion.

“It will be as though maybe you added a lane each direction in the freeway,” said Tim Lomax, research fellow at the Texas A&M Transportation Institute. “This telework phenomenon has shown people that they don’t have to be in the office all the time.”

The vaccine rollout is driving plans for decadent escapes to the Arctic Circle, Tuscany, Cabo San Lucas and beyond.

Step 1: Get the vaccine.

Step 2: Fly to Venice, Italy, and take in the magic of the canals, bridges and alleys. Next stop? Modena, to visit the Ferrari museum. Down to Florence then, with some wine tasting in Tuscany, naturally. After that, might as well swing by Pisa, Rome, Sorrento and Capri before flying to Greece for a few days.

That’s the plan one couple in Pennsylvania is mapping out for their honeymoon in the post-Covid world. While health precautions have meant that most leisure travel was put on an indefinite hold during the pandemic, vaccinations that have now begun in the U.S. and U.K. are prompting travel buffs to envision vacations once again.

In the world’s least affordable housing market, one in eight homes sold is a nano apartment, a term widely used to describe tiny homes in Hong Kong.

A record 13% of apartments sold in 2019 were less than 260 square feet (24 square meters), or smaller than two car-parking spaces, according to a reportby Liber Research Community released Monday. These tiny units accounted for just 0.2% of total sales in 2010.

Hong Kong’s sky-high property prices have made it difficult for the younger generation to get on the housing ladder. The city’s property affordability is the worst in the world, topping other housing hot spots like Vancouver, Sydney and Los Angeles.

Electric car start-ups Nio, Li Auto and Xpeng each announced in the last few days that deliveries surged in 2020 to close out the year with new monthly highs.

The strength in demand reflects the overall recovery in China’s economy and its auto market. In a national push to become a leader in electric vehicle technology, the Chinese government has also supported the industry with subsidies, looser restrictions on license plates and the building out of charging infrastructure.

Sales of pure electric vehicles from January through November rose 4.4% from a year ago, versus a decline of 7.6% in overall passenger car sales during the same time, according to China’s Ministry of Industry and Information Technology.

6. Bitcoin Blasts Past $34K for First Time, Less Than 24 Hours After Blowing Through $30K | CoinDesk

Another day, another $1,000-plus increase in bitcoin’s price, bringing the leading cryptocurrency’s combined gains this new year to about $5,000.

Another day, another $1,000-plus increase in bitcoin’s price, bringing the leading cryptocurrency’s combined gains this new year to about $5,000.

7. After burning through $2 billion, Katerra gets a $200 million SoftBank lifeline to escape bankruptcy | TechCrunch

SoftBank Group is reportedly investing $200 million to bail out Katerra, a startup that had hoped to remake the construction industry with a vertically integrated approach, according to a report in The Wall Street Journal.

Katerra’s shareholders reportedly approved the new investment on Wednesday, with the new lifeline from SoftBank coming on top of roughly $2 billion that the Japanese technology conglomerate had already committed to the venture.

Funds for the bailout, which will save Katerra from bankruptcy, will be coming from SoftBank’s Vision Fund 1, the Journal quoted Katerra chief executive Paal Kibsgaard as telling company shareholders in a message.

As part of the funding, the SoftBank-financed financial services firm, Greensill Capital, is cancelling around $435 million in debt in exchange for a 5% stake in the company, according to the Journal’s reporting.

This new bailout actually marks the second time that SoftBank has stepped in to dole out $200 million to Katerra this year alone.

Tourism may bounce back this year, but business travel faces a slower recovery

Hotel owners are bracing for a difficult 2021, as the sector continues to reel from a historic drop in bookings caused by the Covid-19 pandemic.

Even though the industry’s worst year in living memory ended with a glimmer of hope, many in the industry expect the celebrations to be short lived.

The start of Covid vaccinations in the U.S. and Europe raised the prospect that people would start traveling again and sent shares in hotel owners and operators soaring. But investors and analysts say bookings will take years to rise back to pre-pandemic levels. Meanwhile, the industry faces growing financial stress as property owners struggle to pay their mortgage bills, wages and other expenses.

Despite the record drop in bookings, many hotels have been able to stay open thanks to debt relief from banks and temporary government aid like the Paycheck Protection Program. Now some lenders are starting to lose patience, brokers and investors say, which could lead to an increase in foreclosures and distressed-property sales in the first half of 2021.

New York (CNN Business)Sears has made it through another holiday shopping season. Just barely.

Once the nation’s leading retailer up through the 1980s, the company that now owns the Sears and Kmart chains emerged from bankruptcy less than two years ago. It avoided another trip to bankruptcy court this year as the Covid-19 pandemic sent department store chains such as JCPenney and Neiman Marcus through their own bankruptcies, while others such as Lord & Taylor and Century 21 announced they would go out of business.

But the fact that Sears isn’t in bankruptcy is not a sign of health, according to experts. The company has made little effort to reinvigorate stores, grow sales or turn its failing business around. It’s possible Sears would have gone out of business already this year, except the commercial real estate business has gone belly-up, and Sears would probably find few — if any — suitable offers for its assets.

Roy Fox hasn’t paid rent for his New York City apartment in more than 30 years. But he’s not sweating an eviction.

In a city of 8.4 million people, Fox, 81, is one of just 23 lucky New Yorkers who reside in one of the city’s publicly owned historic sites spread across the five boroughs.

After working as a radio host in cities from his native Chicago to Detroit and Pittsburgh, Fox, a gregarious rascal brimming with well-worn one-liners, happened upon an offer he couldn’t refuse: a chance to live rent-free in the King Manor House, an 11-acre historic landmark in Jamaica, Queens.

The only catch? Serving as its caretaker.