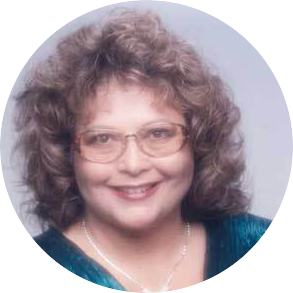 Vickie has an accumulated 30 years of experience in the legal industry as a paralegal and legal administrator, working with firm partners in the areas of corporate, transaction, contract, real estate, estate planning and general litigation.

As Executive Director of the Southern Nevada Air Conditioning and Refrigeration Service Contractors Association (SNARSCA) in 1997, Vickie led the first team in the nation that successfully received a “cease and desist” order to utilities for unfair trade practices, in the trades industries, resulting from electric deregulation. Vickie lobbied to incorporate unfair trade practice provisions in the Nevada electric deregulation legislation that became law. The process and legal documents used became the standard for other trades associations across the country. In 1997, Vickie received the ACCA (Air Conditioning Contractors of America) Special Public Relations Award and the HVAC Industry Person of the Year Award. Vickie also produced six successful golf tournaments in Nevada and increased membership in SNARSCA by 500%

Vickie worked for the Nevada March of Dimes as the Director of Community Programs and Public Affairs for the State of Nevada. She was also a registered lobbyist in DC and Nevada. In this capacity she was able to lead governmental initiatives relating to national priorities, including birth defect registries, children’s health insurance programs and newborn screenings. She successfully achieved implementation of the mandatory requirement for liquor establishments to post notifications regarding pregnancy, alcohol and birth defects. She was also able to expand and maintain the state birth defect registry, including state funding, by establishing consensus between NV Health Dept, the UNLV School of Medicine, and NV Legislature. She also had the opportunity to oversee the March of Dimes grants program in the State of Nevada. In 2000 Vickie received the National Public Affairs Award from the National March of Dimes.

The accumulation of these experiences have allowed Vickie to establish long range objectives and identify and implement the strategies and processes involved in organizational planning, coordination, and execution. This includes strategic planning, budgeting, resource allocation, employee modeling, leadership techniques, and production methods.