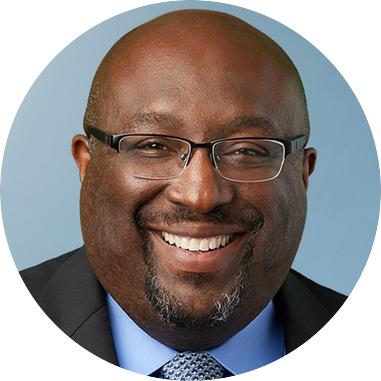 Bo Kemp partners with a national network of advisors, advocates, government and business leaders to help drive growth, tackle major initiatives and boost efficiency in municipalities. Highly experienced in the structuring and execution of public-private partnerships, Bo has a reputation for driving innovation in municipal utilities, public infrastructure, and economic development for “legacy” cities. For the last 15 years, Bo has worked with municipal executives around the country to address some of the hardest to solve problems. Most recently, Mr. Kemp has developed an internationally recognized expertise in equitable development leveraging the Opportunity Zone legislation.

Mr. Kemp spent the first decade of his professional career in finance with Morgan Stanley and TSG Capital Group, the largest African-American led private equity group at the time. Then, after leading Cory A. Booker’s successful transition to the office of Mayor of Newark, N.J., Bo became the city’s Business Administrator (COO). In his time with Booker (now a U.S. Senator), Bo and the senior leadership team helped Newark evolve from a city close to bankruptcy to a community growing in population for the first time in 40 years.

In this role, Bo oversaw all 5,000 city employees and the operations of the city, including public safety (police and fire), economic development, child and family well-being, public works and administrative services. He also was responsible for all state and federal lobbying, union negotiations, and emergency management/ homeland security preparedness.

After leaving Newark, Bo returned to the private sector until 2011 when another mayor, Karen Freeman-Wilson of Gary, Indiana asked him to run her transition and to help lead her effort to reposition Gary for future growth once she took office. Under the direction of the Mayor, Mr. Kemp, developed a strategy to secure Federal, state and philanthropic grants as well as to establish partnerships with universities and private companies to initiate major initiatives including:  a $100 million public-private partnership with the Gary/Chicago International Airport, the development of the Gary Port Authority and intermodal facility, a Clean Tech strategy to address blight elimination, a restructuring of the Gary Sanitary District (waste and storm water), the legislation to allow the development of a new land-based Hard Rock Casino and the development of several community scale and inclusive economic development projects.

Bo’s work at Faegre Drinker Consulting has included several public private partnerships including a restructuring and P3 with the Illinois Lottery, work with a private company developing electric vehicle infrastructure as well as growth strategies for philanthropic advocacy organizations.

Mr. Kemp graduated with a BA in Economics from Yale University and an MBA from Harvard Business School.

Bo enjoys traveling and hopes to visit 100 countries in his lifetime. Bo speaks child-like Spanish and passable French. He’s a dangerous golfer (and not in the good way) but an aspiring aquaponics and micro farmer.